Gonzaga College through to first ever Senior Cup final 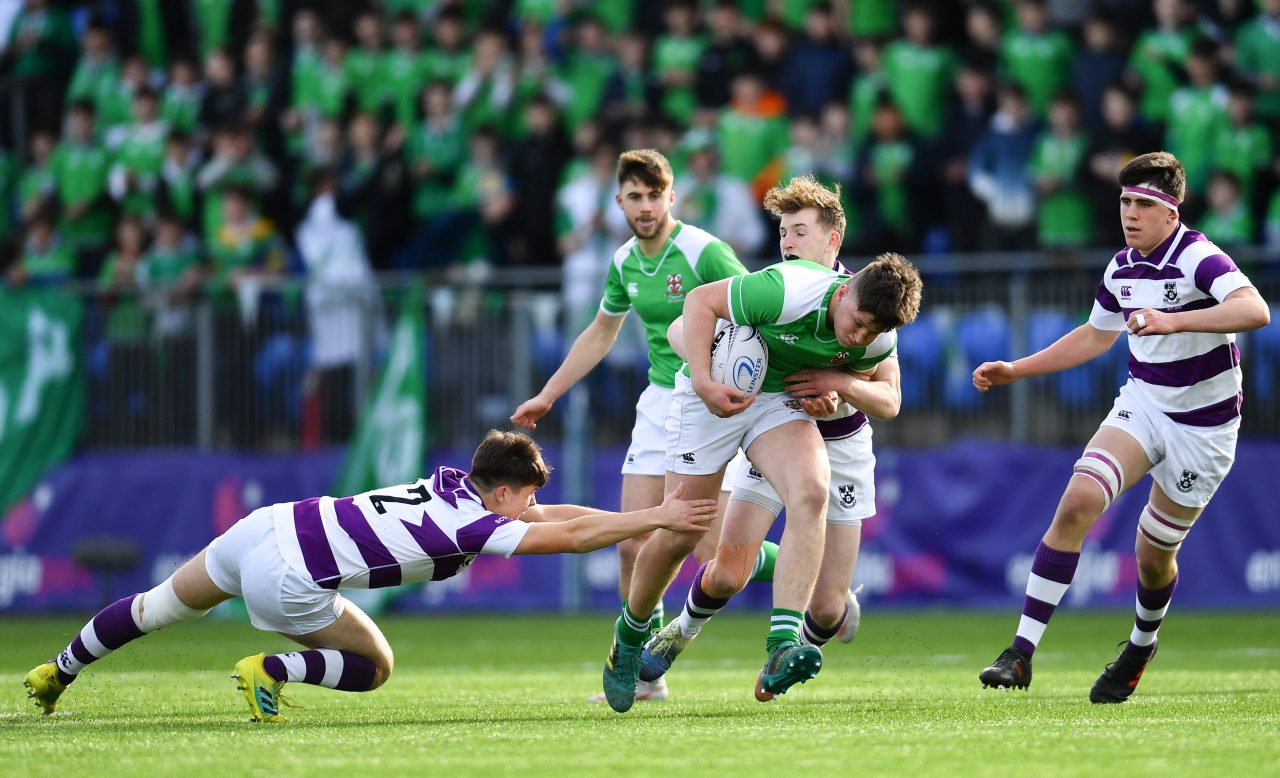 Gonzaga College will contest the Bank of Ireland Leinster Schools Senior Cup final for the first time ever in 2019.

The Ranelagh school overcame Clongowes in a tense encounter in Energia Park this afternoon by 22-19.

We had to wait until the 15th minute for Hugo Philips to break the deadlock.

Mark Galvin made the hard yards down the left wing before offloading inside to the centre who finished the move.

Loosehead prop Henry Godson replied for Gonzaga, bundling his way over through a mass of bodies in the corner after a period of sustained pressure inside Clongowes 5m line.

And Godson had his second just minutes later thanks to the industrious nature of Liam Tyrell.

The second-row was the first man to chase down Jack Connolly’s kick and forced Clongowes’ John Maher over his own try-line.

Just a minute later, the scrum had been turned into five points as Godson powered through the Clongowes rearguard. Jack Connolly’s conversion made it a 12-5 lead.

The Kildare school were revitalised in the second half and came at Gonzaga with everything.

They were rewarded with tries from Ethan Noone and Luke McDermott that put them into the driving seat.

Gonzaga returned fire in the form of a penalty from Connolly before Godson completed his hat trick.

The prop was again the man with ball in hand as a swarm of ‘Zaga players ploughed across the line.

Connolly’s conversion made the cushion three points with just eight minutes remaining on the clock.

A scoring opportunity never materialised for Clongowes and when Tyrell stole a lineout with less than a minute remaining, Gonzaga’s crowd could begin planning for the RDS on St Patrick’s Day.