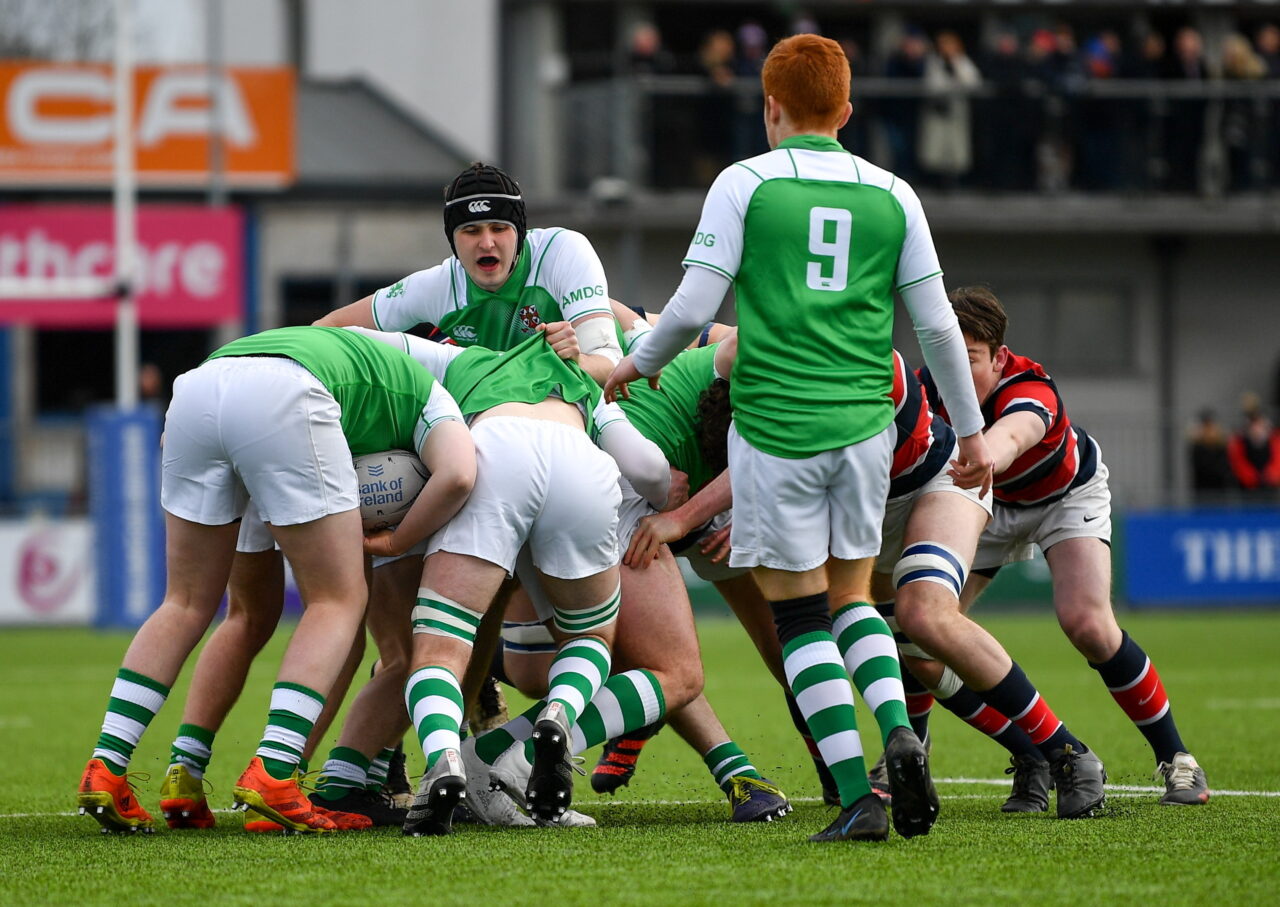 Wesley came into this without their captain Dan Campbell, a huge loss, the armband passing to Tom Geoghegan.

The snappy passing of Gonzaga was countered by the ‘in your face’ defence of Wesley until a high tackle opened the door for Stephen McMahon to miss from close range.

Flanker Geoghegan was leading by example, whipping the legs away from Luke O’Callaghan, and Wesley were using Toby Durham and Liam O’Neill to break the gain line.

The swirling wind made passing a test, both defences nailing runners, even though prop Sean Foulds bounced McMahon backwards in the tackle.

Gonzaga had to be smooth in their exit plan, Hugo Neville almost slipping out of the grasp of Finn Nolan’s stunning takedown.

The presence of Ireland Schools Hugo McLaughlin was dangerous, twice unlocking Wesley until desperate defence and a forward pass put paid to those moments of class.

A loose ball in midfield had Wesley streaming through, McLaughlin mopping up the mess.

Wesley were first to feed on the scraps, Foulds smashing into Hugh Goddard and O’Neill’s late footwork good for go-forward.

Next, full-back Matthew Golden was met with a high hit from O’Callaghan, conceding an attacking lineout which Wesley promptly lost.

The Ballinteer school was just falling foul of a faulty lineout and a tendency to give away penalties in Gonzaga’s half.

All of a sudden, the ‘Zaga three-quarters moved into gear, Goddard’s hands the key to releasing McLaughlin up the left.

When that didn’t work out, they opted for a scrum instead of the points, centre Jody Browne taking the ball forward to reach for the first try, converted by McMahon on the half-hour.

The reaction of Wesley was solid, bringing Durham and Fish into the game, hitting around the fringes and Golden chasing his own kick to pin down McMahon as the half-time whistle sounded. 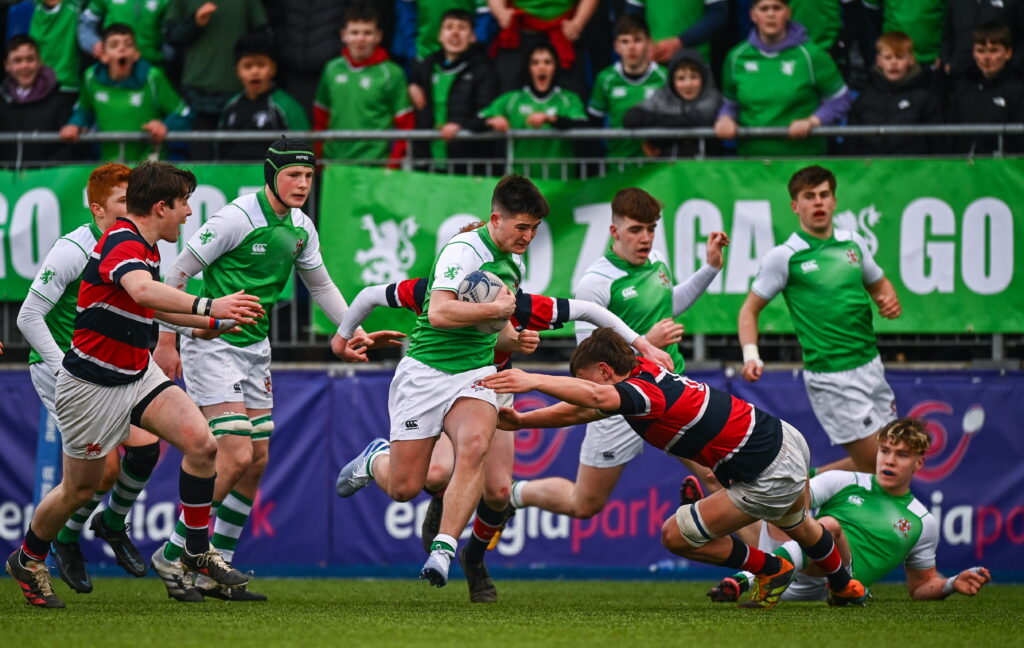 On resumption, a short ball from McMahon put Maguire into a hole and left-wing O’Neill bulleted forward for 10 metres.

A burst off the base of a scrum by Oran Handley was not enough to relieve the mounting pressure.

A sweet left-handed delivery from McMahon put Neville just outside the clutches of Golden to make it 12-0 in the 41st minute.

The agility of Maguire at the breakdown forced a penalty McLaughlin nailed in the 46th minute.

The three-score chasm tempted Wesley into chancing passes that were not coming off.

Tighthead George Morris barrelled through two tackles and the Gonzaga handling was exquisite all along the line until O’Neill was corralled by Golden.

Browne and No 8 Paul Wilson took the fight forward and replacement Oisin Murray’s first touch from Wilson’s pass was too good to cover, McLaughlin converting from the left for 22-0 in the 55th minute.

There was nothing left for Wesley, but a test of character which got even more searching when Gavin O’Donnell forced a penalty on the floor for McLaughlin to turn into three points.

Wes’ simply sent their big runners up the guts and slick hands asked questions for which the Sandford Road school had the answers.

Wing Finn Nolan executed an unlikely turnover, but Gonzaga were ruthless, coming through the maul for Tomas Noone to snatch their fourth.

It was left to Wesley to play to their own set of standards, never dropping their heads and funnelling forward for Handley to power over. It was the least they deserved.