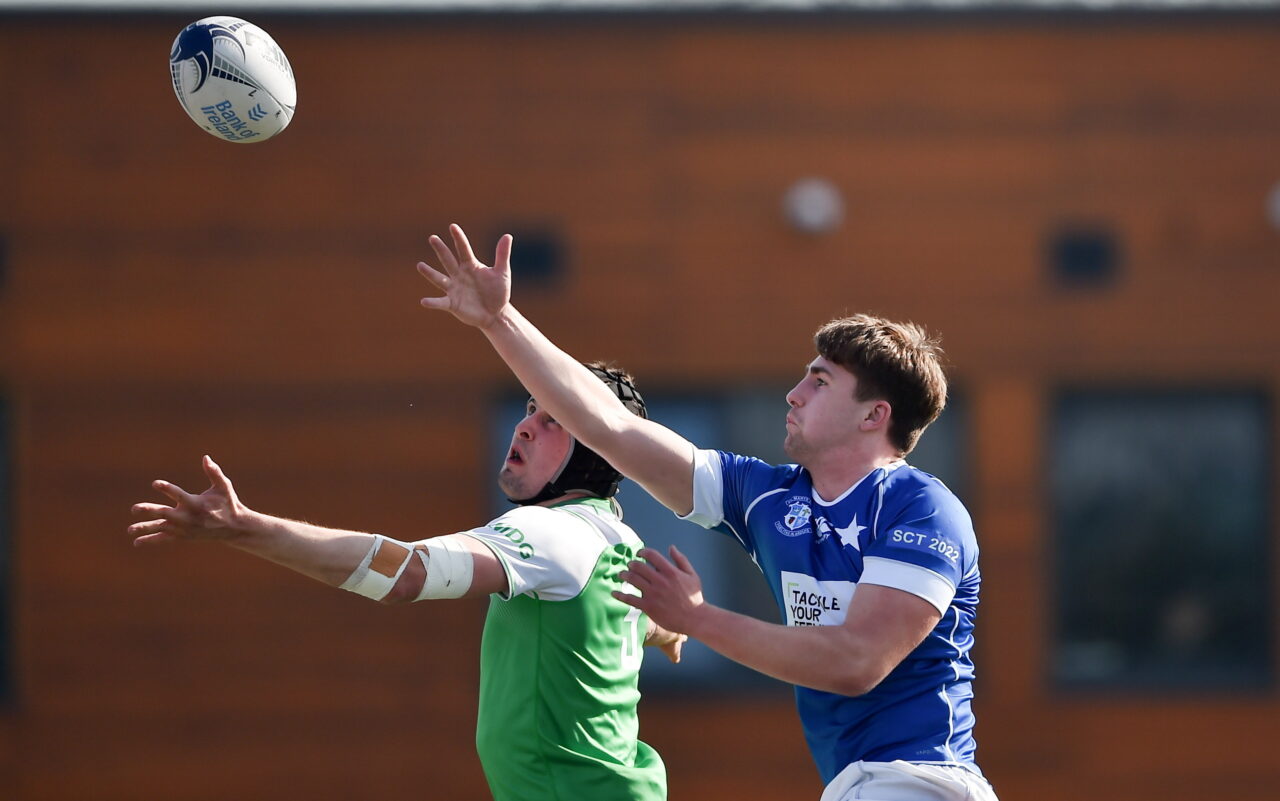 The promotion of Conor Tracey to start at scrum-half and Peter O’Beirne on the wing were tweaks made by St Mary’s coach Kieran Maloney.

And they settled in nicely, Louis McGauran pulling in a lineout for the maul to move and Daragh Gilbourne’s delicate chip was followed by a Tracey bomb which was collected by wing Stephen Kennedy only for a side entry to the ruck to ruin a promising attack.

A tremendous carry by Gonzaga captain Noah Maguire was compromised by Fionn King’s poach at the breakdown.

A brilliant attack involving centres Ross Moore and Evan Moynihan, full-back John Brennan and then forwards Luke Policky and Andrew Sparrow put Luc Manselli on the ball and the flanker blasted through contact for the try, converted by Tracey in the sixth minute.

The Leinster League winners were aided by eager hooker Mark McHugh’s deliberate knockdown in setting up a lineout inside the 22.

The direct carries of Paul Wilson and Jody Browne allied to sweet passing from left to right ended with Hugo McLaughlin unable to hold a slightly misdirected ball from Thomas Murphy.

Gavin O’Donnell’s show and go was another moment of quality and Hugh Goddard almost got outside the cover to hint at Gonzaga’s growing confidence.

Wilson broke from a maul and the backs looked for a hole on the right, St Mary’s intense defence forcing a mistake for full-back Brennan to hack clear for a temporary escape route.

The next Gonzaga foray forward yielded a penalty which Hugo McLaughlin struck for 7-3 in the 19th minute.

A cracking hit by George Morris on Aaron O’Brien forced the ball free and a stunning offload by Tim Cotter set Toby Hammond away on a 40-metre gallop, the recycle putting Jody Browne over on the left for McLaughlin to convert off the right upright for 10-7 in the 22nd minute.

That man Browne showed another side of his game in poaching a penalty out of O’Brien, Gonzaga using the maul to march forward.

They softened up the defence in close. The nimble passing of Stephen McMahon and Hugh Goddard, especially, sent McLaughlin to the line for the second try, the full-back converted for 17-7 in the 27th minute.

St Mary’s sent their runners at speed to contest the restart, spooking Gonzaga into the concession of a penalty which Tracey pushed right of the posts.

The patience of the Sandford Road school was further rewarded when Paul Wilson barrelled Kennedy out of the way, the backs handling with precision to find Wilson popping up on the right to cut back against the grain for a fine try, converted by McLaughlin from the right for 24-7 at the interval

The athletic McLaughlin fielded the kick-off over his head and slipped through a gap in midfield for Browne to threaten again. 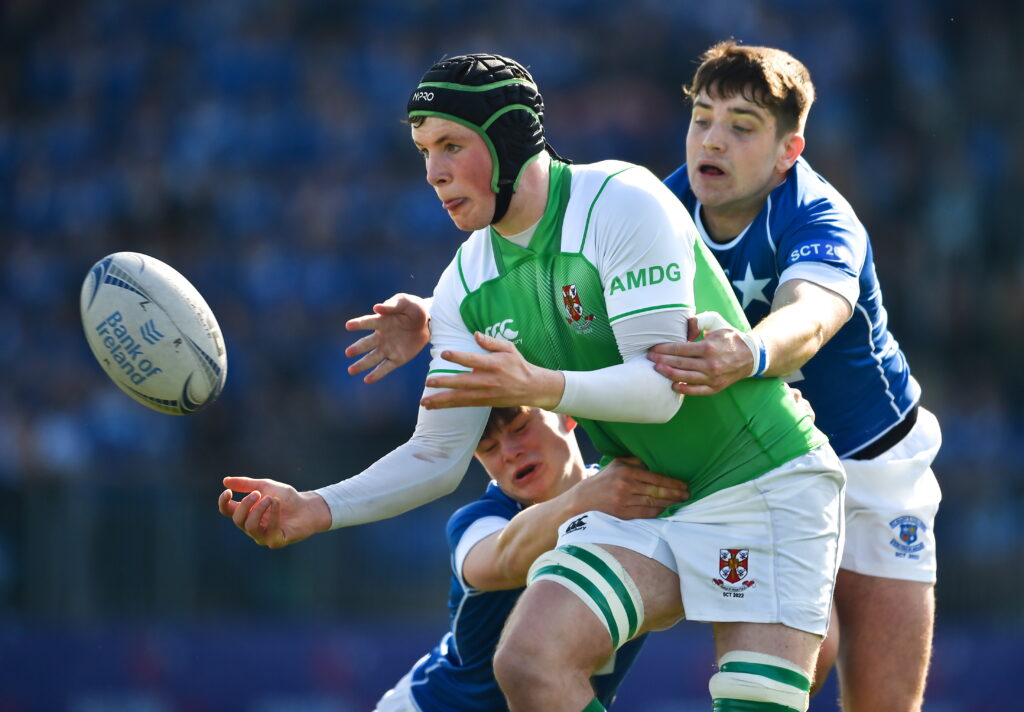 Out-half Stephen McMahon was elusive in sneaking through a thicket of forwards and Gonzaga’s slick passing threatened further damage.

All the while, St Mary’s were hanging in there, Gilbourne’s crossfield kick giving O’Beirne the chance to lift the siege.

A clever move from the lineout put O’Beirne into space. Andrew Sparrow bowled over tacklers and Moynihan had the strength in twisting to the line, Tracey adding the extras in the 47th minute.

The frantic nature of the game was never better illustrated when O’Beirne looked to strike from an interception.

When the ball was moved away, Gonzaga’s McMahon somehow picked an interception off his bootlaces to bolt away.

It forced Moynihan into a seat-belt tackle which referee Paul Haycock saw as a penalty try for 31-14 in the 50th minute.

St Mary’s refused to fade away, hooker Mark McHugh breaking forward, Sparrow and Policky going up the guts before O’Brien had the final say, Tracey adding two points for 31-21 in the 54th minute.

Moynihan’s steal on the floor prevented Gonzaga from pressing home their advantage only for Maguire to repeat the skill on O’Brien.

However, Gonzaga was playing in the right area, Wilson bouncing back to his feet to create the pressure for McLaughlin to add another three in the 65th minute.