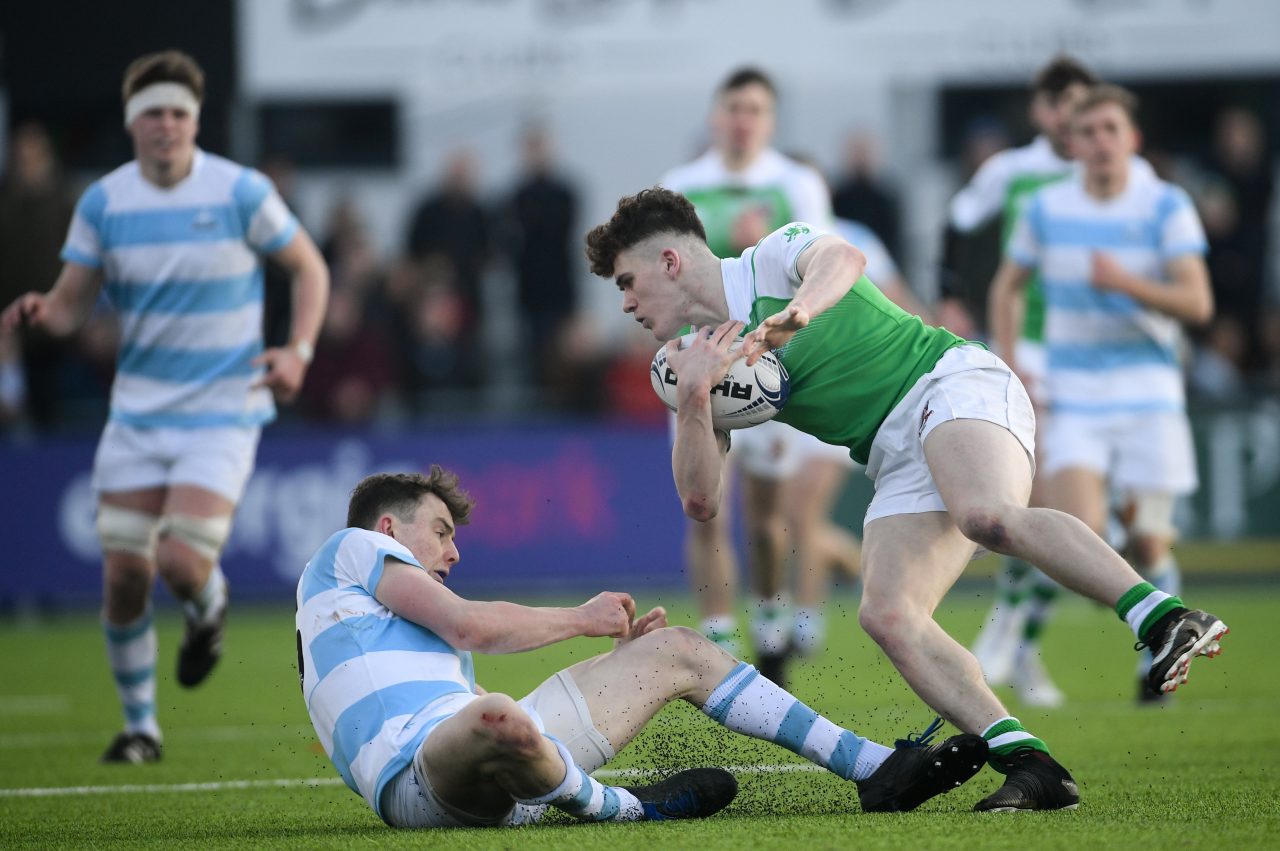 Gonzaga College are the first team to book their place in the Second Round of the 2020 Bank of Ireland Leinster Schools Senior Cup after a thrilling victory over Blackrock College at Energia Park.

A last-gasp try from winger Simon Wilson, one of the stars of the day for Gonzaga, followed by a Harry Colbert conversion clinched the win in dramatic fashion.

Trailing by 11 points with time almost up, Gonzaga only led for the first time with Wilson’s late try.

These two didn’t waste time in bringing the cup to life for 2020 with a lightning start, in which Blackrock got the first points of the game.

Aaron Rowan forced a penalty just inside the Gonzaga half and out half Tom Gavigan pointed to the posts before sending the ball in the same direction to give them first blood.

He repeated the feat in the 12th minute to double their advantage.

Blackrock’s first half dominance was clear to see, Gonzaga having little possession outside of their own half.

Two penalties wouldn’t have done justice to their first half performance so when Tom Henderson’s try came just before the half hour mark, it was well deserved.

The winger brought his run back inside where Sam Small’s pass was perfectly timed for Henderson to cut through a gap and ground just to the right of the posts. Gavigan converted to extend their lead to 13-0.

‘Zaga hit back immediately through Colbert. Charlie O’Carroll played the ball on the ground near halfway and Colbert’s penalty had the legs to make it 13-3.

There was just enough time left in the half for Gavigan to add another three points to his tally and make the lead 13 once more.

Gonzaga started the second half with more intent than was evident in the opening 35 minutes and it could have been the ideal start when Wilson broke free but ‘Zaga eventually knocked on killing the attack.

Wilson didn’t have to wait long to threaten again and he soared highest to collect a cross-field kick from Colbert before racing for the line.

Colbert added the extras and the supporters in green suddenly found some more voice.

Gonzaga’s momentum appeared lost with John Francis Campbell’s try just before the hour. Quick ball from ‘Rock ensured he had time and space on the right wing to go in unimpeded.

That effort from Campbell provided a much-needed cushion for the Blackrock outfit, especially with the lively Wilson giving them plenty to contend with.

Another excellent line break from the Gonzaga winger gave them opportunity to cut the deficit but Ben Brownlee excellently stripped Brian Barron just two metres out.

Hugh Lynn pulled it back to 21-15 with just three minutes left on the clock before heartbreak for Blackrock.

Replacement scrum half Max Colgan fed Colbert who had the composure and awareness to pick out Wilson with a skip pass and the winger did the rest.

It was then back to the out half to score the match-winning conversion despite a cauldron of noise surrounding him but he made no mistake and Gonzaga march on to the last eight.