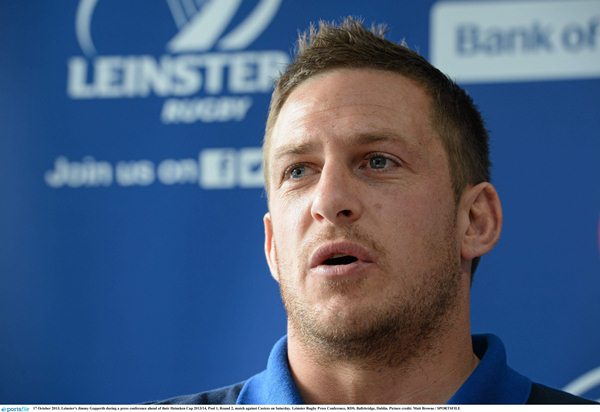 Speaking ahead of Friday night’s game in Rodney Parade, Leinster out-half Jimmy Gopperth said that the squad are determined to continue their winning run of form over an improved Dragons side…

“We want to close off this part of the season before the November break on a high and we have a bit of ground to make up in the PRO12 table.

“It has been good to get a run of three wins on the bounce, but each of the players knows that this week we have to step up. There will be a few new faces and it’s important that we have a few of the experienced heads back because players like Jenno (Shane Jennings) are proven leaders. We will need to tap into all of our experience in Newport because they’re going to be pumped up themselves having lost to the Ospreys last weekend.

“The Dragons have some impressive emerging talent in the likes of Hallam Amos and there has been a fair amount of personnel change over the last few months who are making their mark. Kris Burton is a proven international and was a smart signing because he is bringing a lot of quality and experience to their backline. Looking at a lot of their footage over recent months, they have been quite unlucky at times in a few games and had a bit of luck gone their way they could be higher up the table.

“From our end we know that there’s room for improvement after last weekend. We should a bit of bottle to hang in there and get the win after being behind for spells against Connacht, but we know that we have to be more clinical at our set-piece and in attack.

“Our defensive effort was good and it will need to be better again this week because the Dragons are a team who like to play with a lot of pace out wide. Jason Tovey has been really consistent for them again this year and there’s only place between us in the PRO12 and they will have their sights on breaking into the top four.

“A few of the boys stepping up this week from the British & Irish Cup side in recent weeks will bring a bit of freshness to the squad and we’re all focused on going into the break on a high.”