Gorey do the double in Women’s South East League Finals 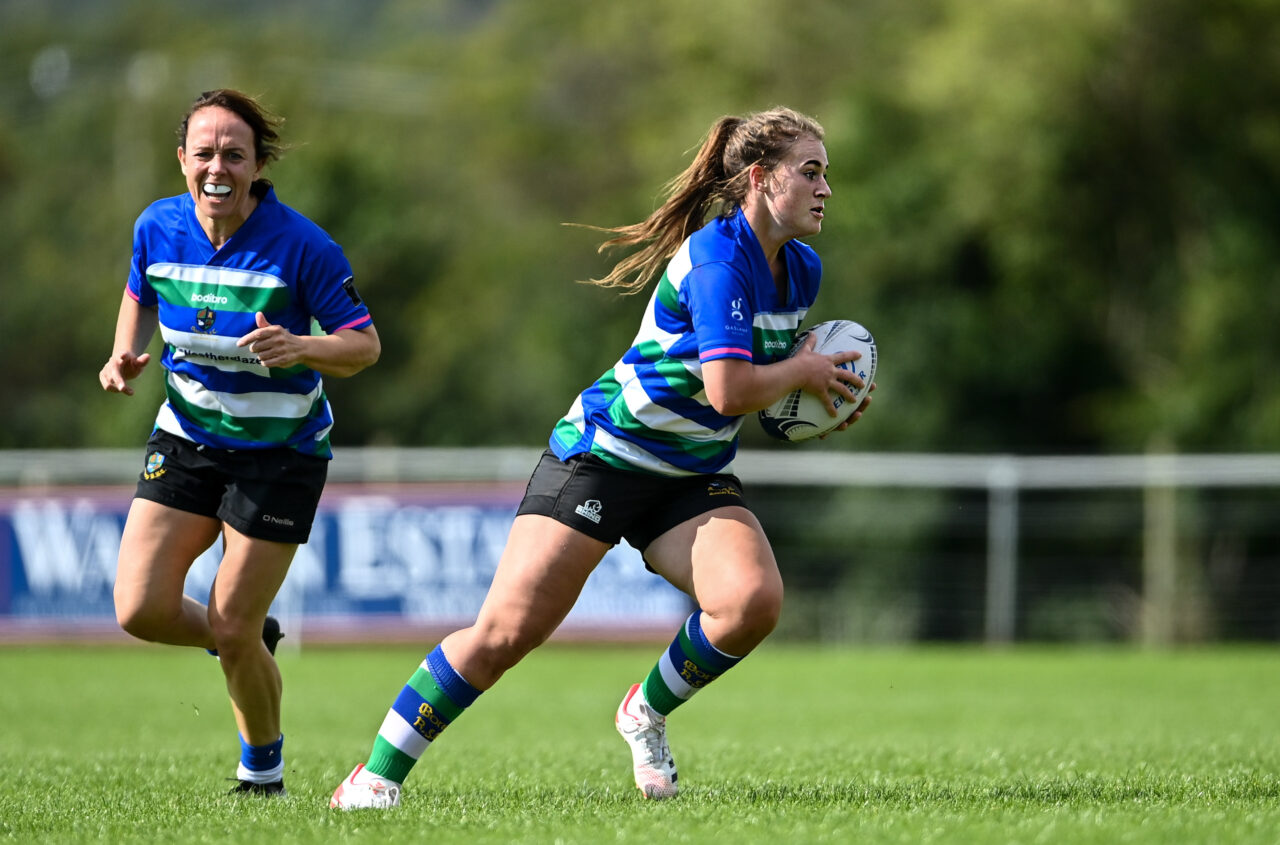 In the Plate game, Gorey J1 overcame newly reformed Enniscorthy 12-7. Enniscorthy displayed some exciting phases of play but, ultimately, Gorey’s experience was the deciding factor in the game.

We look forward to welcoming Enniscorthy into Division 4 of the Women’s Leinster League this season.

In the Bryan Murphy South East Women’s Cup final, Tullow, beaten finalists in the last South East League final in 2015 were on paper as the favourites.

Both teams traded scores early on. Gorey’s Triona Murray clinched the game for the Wexford women with two intercepts deep in her own half, striding home both times in the 38-24 win.

The decision to name the cup after Bryan was unanimously made by clubs in the South East who wanted to honour the memory of Bryan who sadly passed away in July.

All in attendance on Sunday were delighted to see Bryan’s wife, Mairead, children, Emma and James, as well as his brother, Stuart and parents, Ruby and David at the games. David was on hand to make the presentation of the cup to Gorey’s captain.

Stuart said: “The support from the rugby community has been greatly appreciated by all the family, not just from Enniscorthy but from the wider South East rugby community. Bryan would been highly honoured and proud to have a cup in his name. The family would also like to thank Debbie Carty for her involvement in setting this up.”

On behalf of Enniscorthy RFC, President Niall Wall said, “Bryan was a true Enniscorthy RFC stalwart. As a player he represented the club right up to First XV, and was a consistent performer through the years on whatever team he played.

“When his playing days were over Bryan continued to be a true clubman taking up the whistle to referee tag rugby, youths’ games and later to represent the club as an ARLB referee in the Leinster League. He was also touch judge throughout the club’s rise to senior ranks for both home and away games, where his support of the team was unwavering.

“When not required as touch judge, Bryan was one of Enniscorthy’s most well-travelled supporters and enjoyed the company of his many friends throughout the club.

“Bryan will be remembered fondly in Enniscorthy RFC for his long playing career, continued support, encouragement of up and coming players and selfless assistance through refereeing and touch judging.”