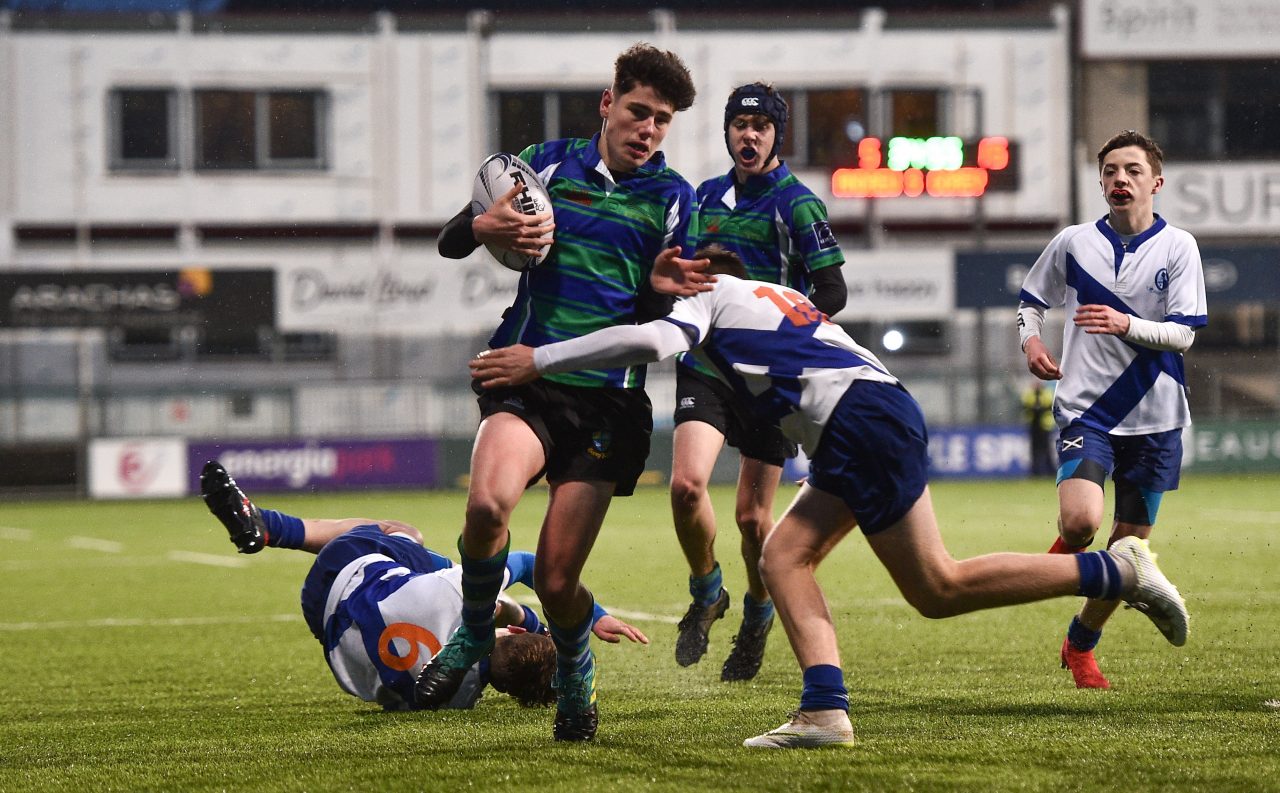 Brian Cushe bagged a brace of tries as Gorey made the Bank of Ireland Leinster Schools Fr Godfrey Cup semi-finals at Energia Park on Monday.

The Wexford school began by holding onto the ball through phases, working off the intelligence of their half-backs Jack Higgins and Lee Cushe.

When they got close to the line, they narrowed their focus and let the big forwards take over, captain Ewan Stephens dashing to the left corner in the seventh minute.

It wasn’t long before they were back looking for more, the ball flashed right for centre Brian Cushe to punch in the second try at the posts, his brother Lee converting for 12-0 in the 11th minute.

St Andrew’s came into the game more through the smart kicking game of their out-half Wilhelm De Klerk, breaching the try-line three times without getting the ball to ground.

Eventually, centre John McCarroll cut back against the grain to unlock Gorey for 12-5 in the 23rd minute.

Out-half Cushe was able to stretch the lead to ten with a penalty on the stroke of half-time.

There was more water put between the schools when Mark Kinch’s pass was taken home by prop Jack Curley for Cushe to convert.

Scrum-half Higgins shot through a hole for the fourth try, Cushe converting.