Gorey U11s away to Ashbourne RFC… 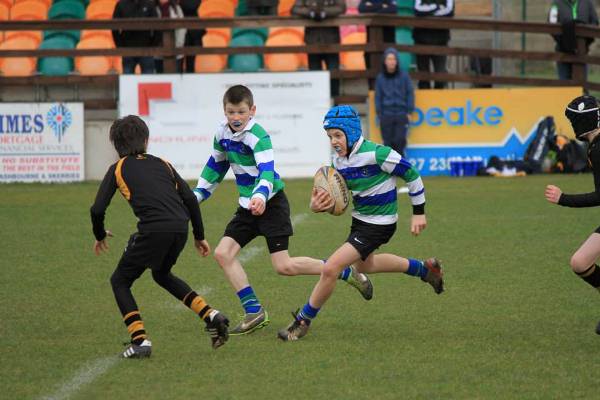 As part of the mass exodus from Gorey RFC to Ashbourne RFC, to follow their Senior Team in their Towns Cup matches…

As per usual Gorey travelled in good numbers with many parents also making the trip.
The Gorey U11 team also travelled to take on the home side earlier in the day.

Two games were played against the Ashbourne boys. The lads were lucky enough to be showing their skills on the same pitch as were the All Blacks trained a few years ago and where the Ladies team, & current Grand Slam holders, also play.

The facilities there are excellent and the games that were played matched the setting. Many parents, from both sides, commented on how well all played the skill levels and also the commitment and discipline that was shown.

Our hosts were very welcoming and thanks in particular to Loclainn Donnelly and all the U11 coaching team.