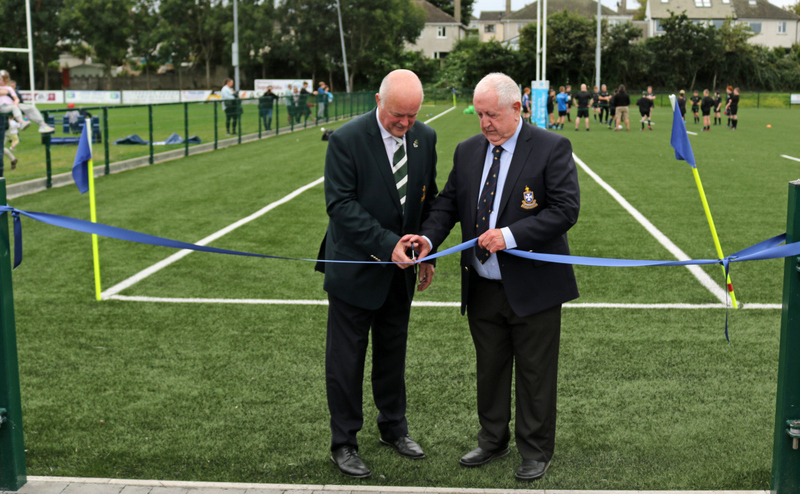 A milestone moment for Skerries RFC and a memory made for many on August 27, the date of the official grand opening of their 3G pitch, a delayed ceremony at the hand of Covid-19.

A celebration of what a club can achieve with support, involvement and inclusion from the wider community and dedication from the club itself to enhance the facilities to the betterment of its players, members and the community of Skerries as a whole. 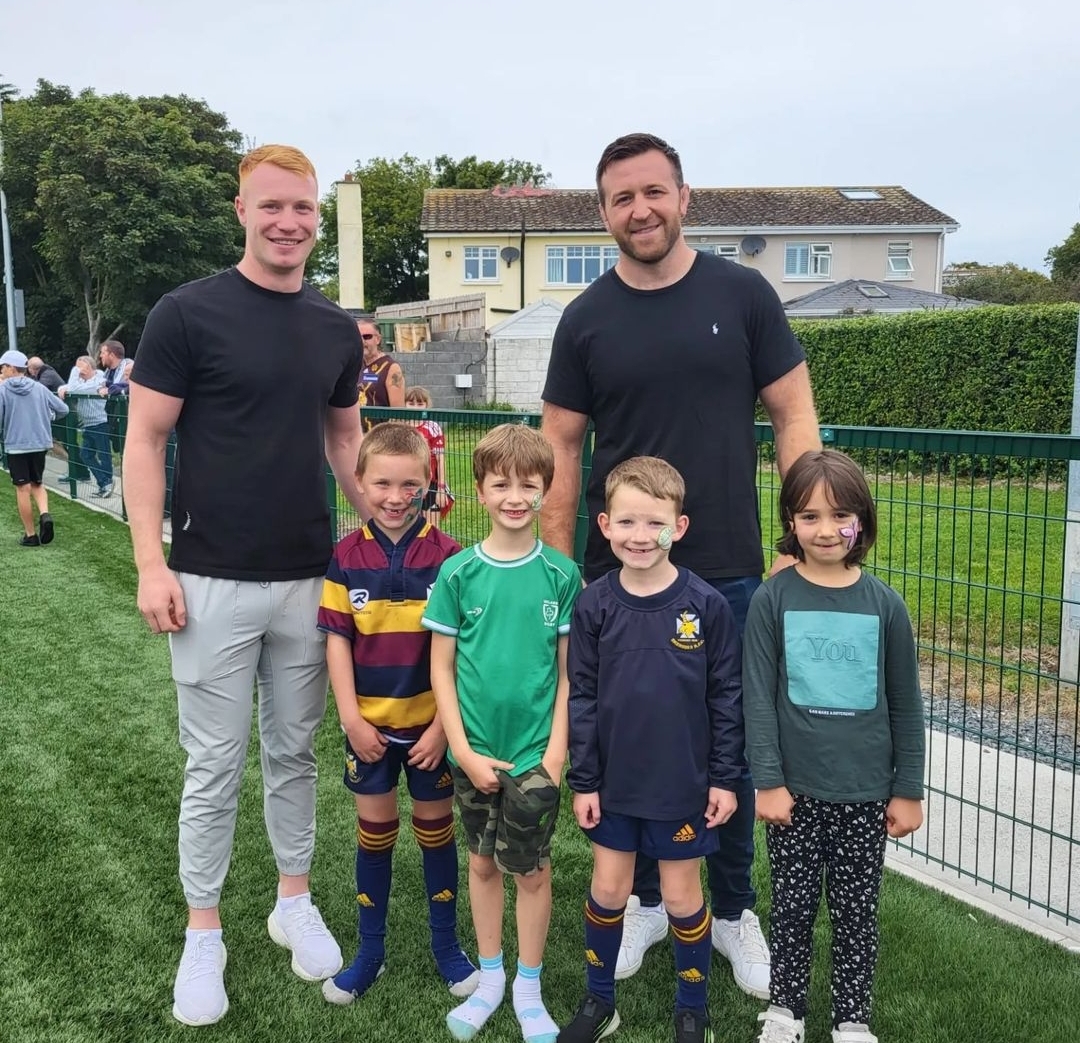 The official cutting of the ribbon ceremony was conducted by IRFU President, John Robinson and Skerries RFC President, Padraic Connolly.

The day was full of entertainment with the clubs mini and youth rugby players given the opportunity to exhibit their skills in front of two of their home-grown heroes, Leinster Rugby’s Ciarán Frawley and Ulster Rugby’s Alan O’Connor. Both Irish provincial stars gave their time willingly, chatting and signing anything that came to hand. A magic moment for the clubs young players.

Adding to the day was the presentation from Ciarán Frawley to the club of his Irish Rugby jersey that he wore during the historic tour to New Zealand in July.

Skerries Rugby club are now the envy of many clubs in Leinster and around the country, years of fundraising and campaigning have resulted in a top-class facility that enables the club to really help build the player pathway and increase the numbers of those involved. A testament to the ethos of this great club where community is at its core and always has been, Club is Community!

Skerries will begin their Energia AIL campaign in Division 2C on the October 1 up against Ballina RFC. Losing out on promotion to 2B last season to Enniscorthy, it will be interesting to see how the seasider Goats get on during this 22/23 rugby season.