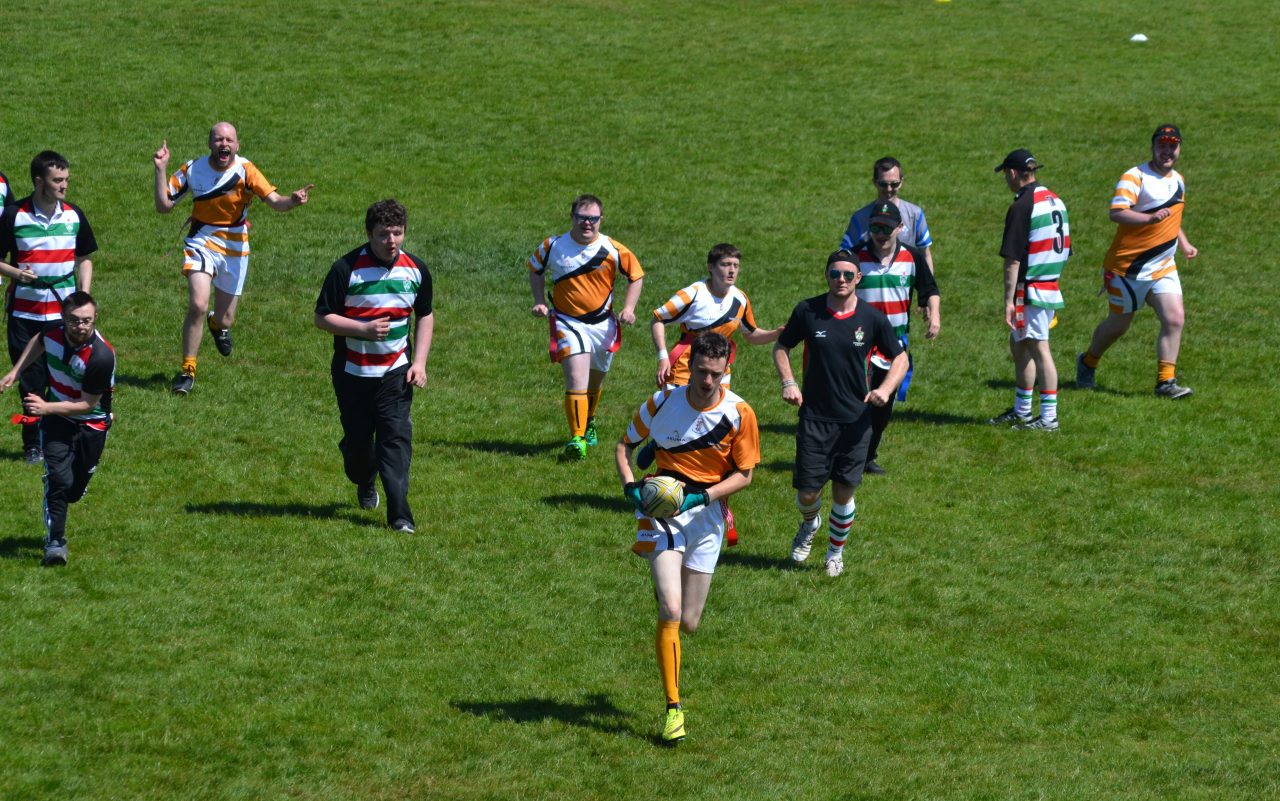 Over 430 players from teams across Ireland, Scotland, Wales and England, converged on Dr Hickey Park to take part in the Wooden Spoon Disability Tag Rugby blitz over the weekend, with the event highlighting how inclusive rugby can be.

The teams were split into two age groups – under 15s and over 15s – with disabilities ranging from educational, Down syndrome, sensory and physical disabilities.

The blitz was a truly inclusive event with no boundaries, and plenty of enthusiasm from players, parents, coaches and volunteers. 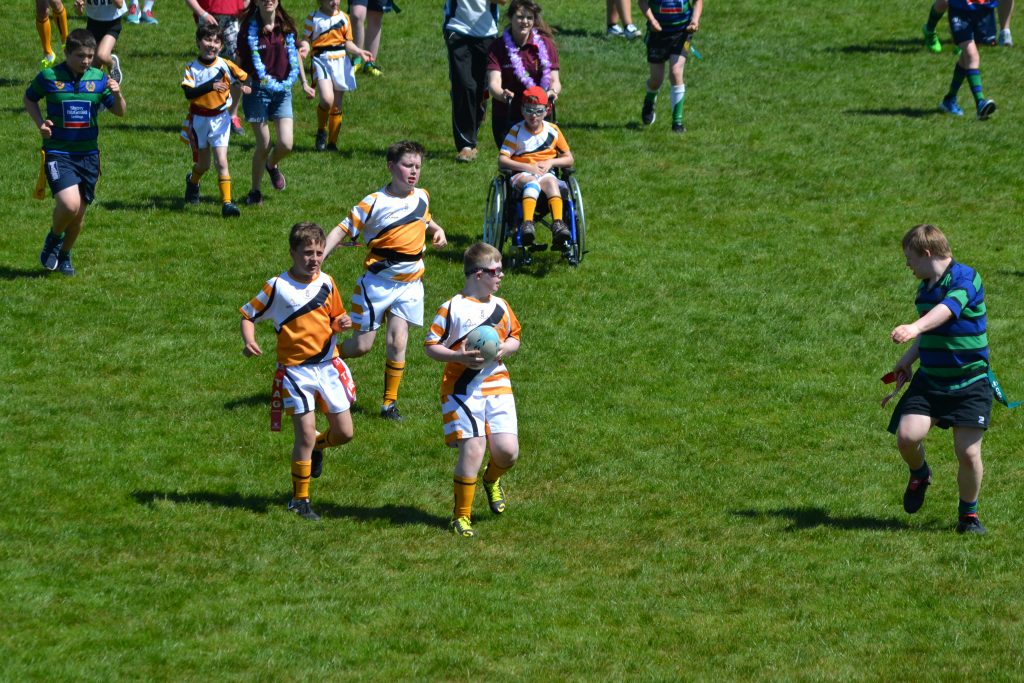 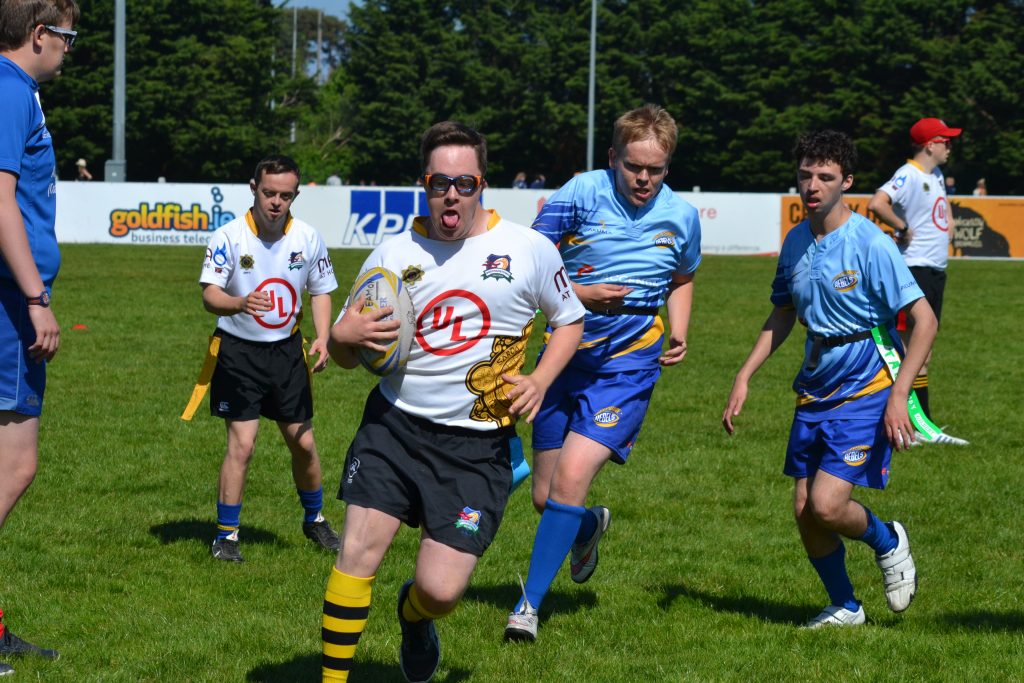 Each team played a minimum of four matches on the day and showed incredible stamina in the heat.

There was plenty of energy left for the dance-floor afterwards where each team was presented with a pennant, plus a key ring with special ‘Wooden Spoon’ fob for each player. 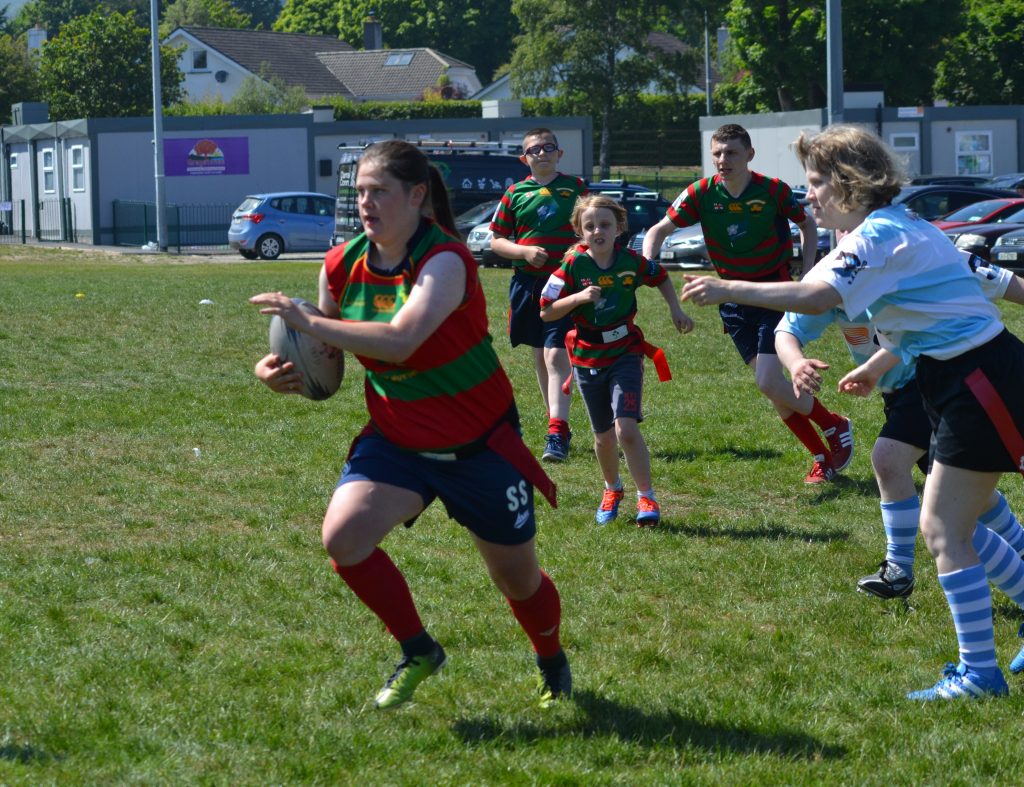 The aim of the IRFU Disability Tag programme is to integrate as many players as is safe and practical as possible into the game as members of existing rugby clubs.

Many resources have been developed to assist clubs in this area based on current best practice and advice from clubs already involved in this aspect of the game. 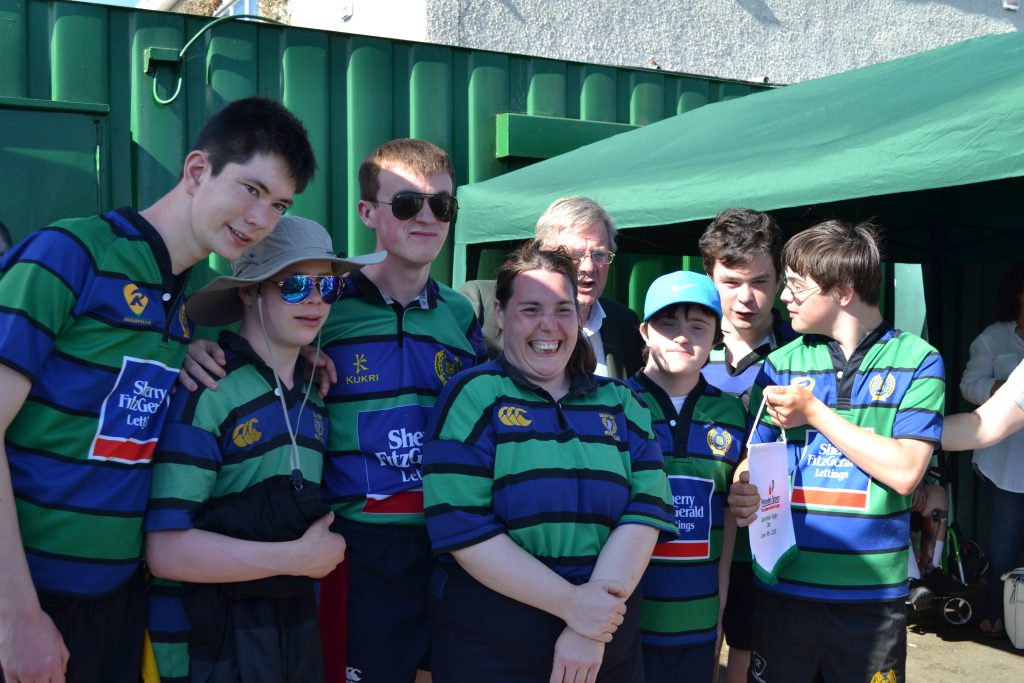 Speaking at the event, Stephen Gore, Leinster Rugby Spirit Officer. said: “Keith, Des and the rest of the team in Greystones did a fantastic job ensuring the day ran smoothly, that all players got plenty of game time and all needs were catered for. The evening entertainment is nearly as important as what happens during the day on the pitch as it gives the players an opportunity to socialise with players from other clubs and discuss the happenings of the day. It also gives the coaches a chance to discuss how the programme is working in their province or country and how it could be changed or improved.”

For more information on disability rugby, and to find a team near you, please contact Stephen on stephen.gore@leinsterrugby.ie or 086-6087943.