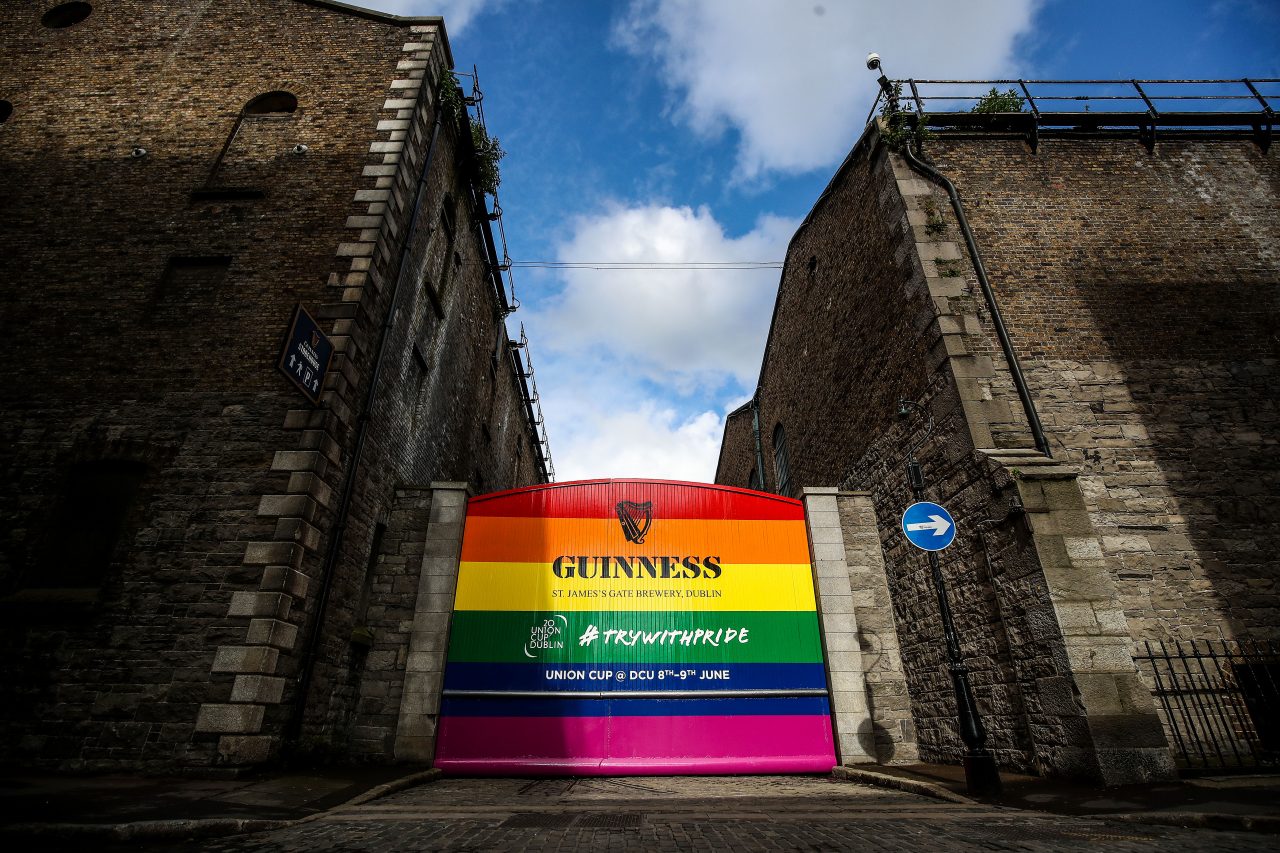 Guinness has unveiled Union Cup Gates to support its partnership with Europe’s biggest LGBT+ inclusive rugby tournament which takes place in Dublin for the first time.

The world-famous Guinness Gates at Rainsford Street have been completely transformed for the first time in their history to promote Union Cup which takes place from 8th to 9th June at DCU Campus.

The Guinness Union Cup gates were revealed today by representatives of Ireland’s host team, the Emerald Warriors, in addition to Guinness spokesperson, Rory Sheridan, Head of Partnerships – Europe at Diageo.

Speaking about the Guinness Union Cup Gate transformation, Rory Sheridan said: “We are proud to support Union Cup Dublin as it celebrates the power of rugby to unite people, and we hope Guinness Gates encourage people to support the teams playing in June.

“The team at Guinness has championed inclusivity and diversity in rugby, values that are integral to Guinness as a brand, through a number of rugby partnerships.”

The Emerald Warriors RFC is inviting Ireland to stand in support of diversity and inclusion in rugby, #TryWithPride and come along to Union Cup matches over the weekend.

This year for the first time there is also a dedicated women’s tournament and cup, the Ann Louise Gilligan Cup.

The Union Cup takes places over two days and will feature 45 teams from 15 countries. The tickets are available from unioncupdublin.ie and are priced at €10 for adult tickets.