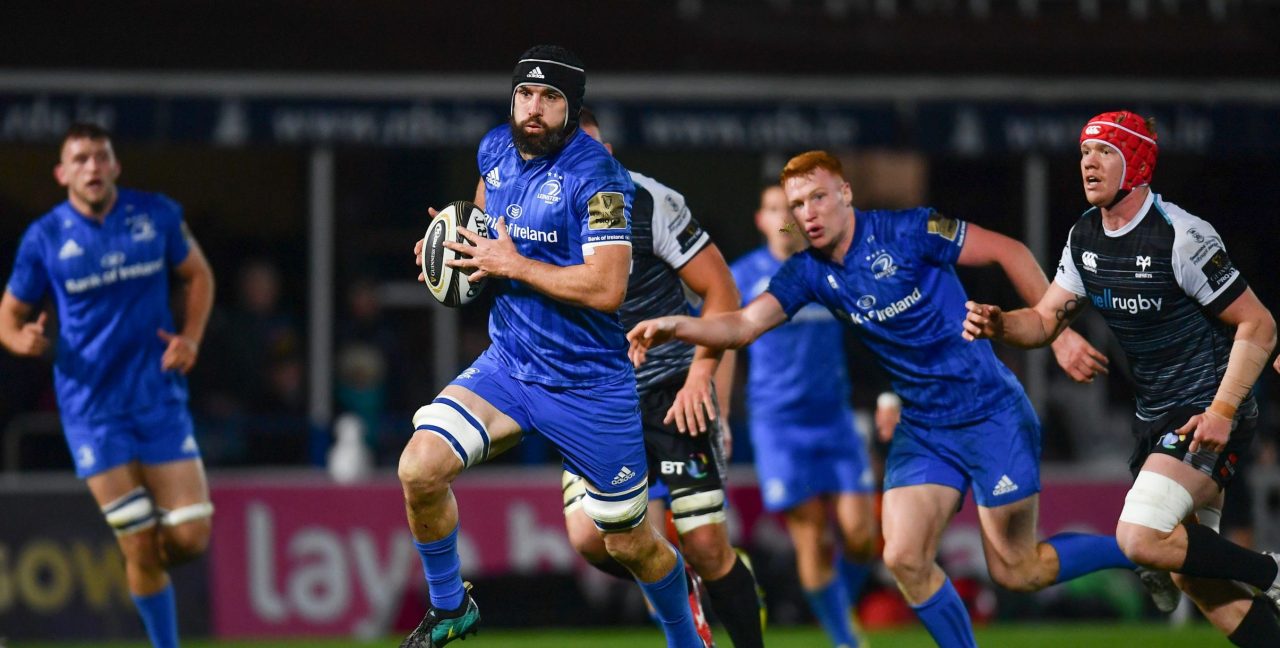 Friday evening’s 52-7 victory over the Ospreys has moved Leinster ten points clear of second-place Scarlets in Guinness PRO 14 Conference B.

Leo Cullen’s men ran in seven tries on a night when many young players were handed senior and RDS debuts.

Scott Penny, making his first senior appearance, was one of those to cross the whitewash to make it a memorable first outing for the St Michael’s man. Conor O’Brien and Nick McCarthy also scored in the opening half.

The Byrne twins, Ed and Bryan, both came off the bench to score second-half tries to add to those scored by Scott Fardy and Max Deegan.

Ciarán Frawley, who knocked over all eight of his kicks on the night to finish with 17 points, picked up the Guinness Man of the Match award.

Leinster travel to Wales this week to take on Dragons on Saturday, 1 December, at Rodney Parade (KO 5.15pm).

Tickets are now on sale for Leinster Rugby’s European Champions Cup match against Bath Rugby in the Aviva Stadium on Saturday, 15 December. Join the roar and get your tickets now.