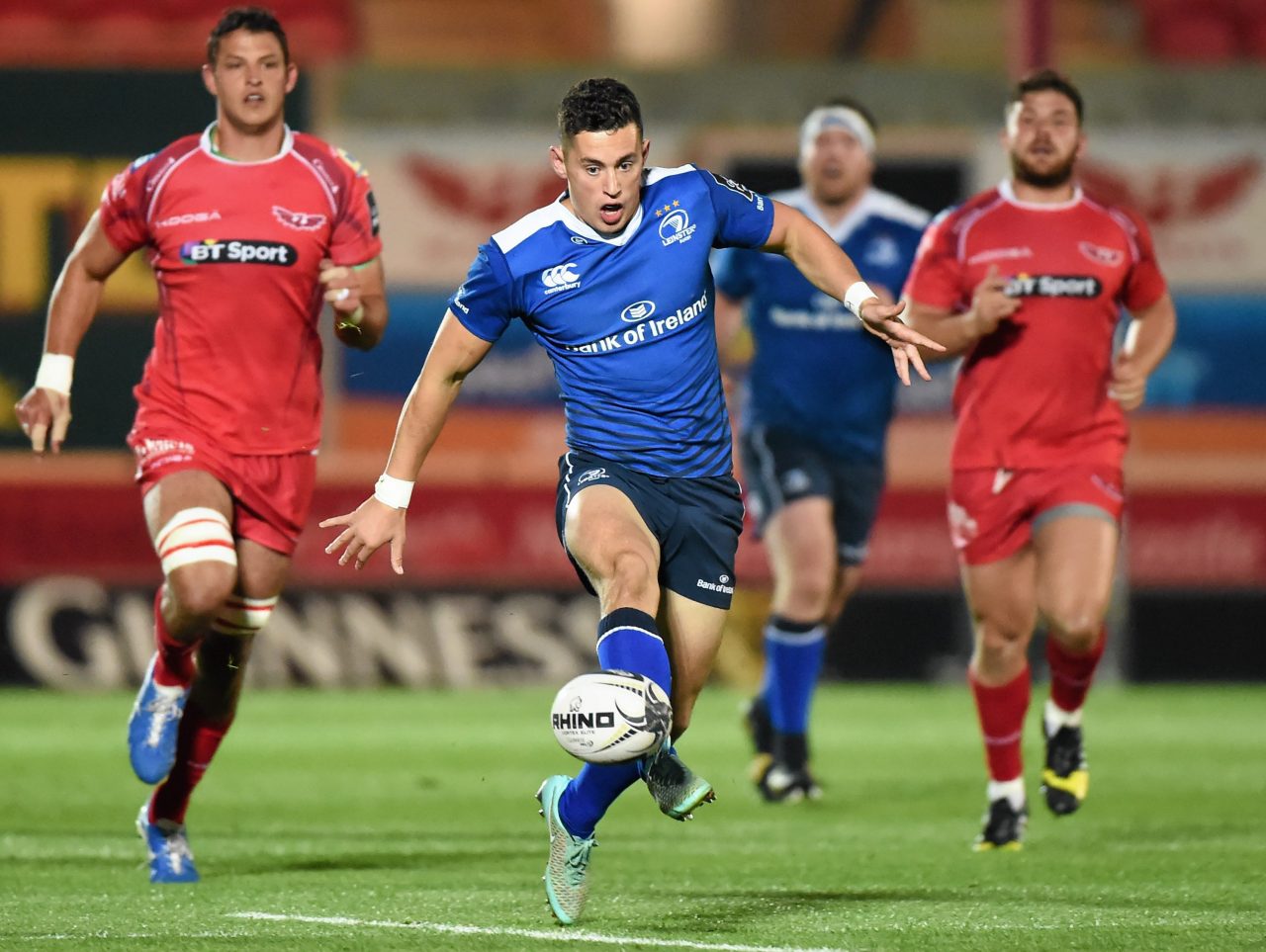 A look ahead to this weekend’s action in the Guinness PRO12, with Leinster facing Scarlets at the RDS Arena on Friday (KO 7.35pm).

The RDS Arena is the home for the showdown between Leinster and Scarlets in Round 7 of the Guinness PRO12.

Last time out the Welshmen maintained their unbeaten record for a sixth straight round, while Leinster and Edinburgh traded places in the table – Leinster climbing into and Edinburgh dropping out of the top four for the first time this season.

Leinster faced Scarlets just three weeks ago in Parc y Scarlets and the fixture schedule has offered an early opportunity to make amends for that 25-14 defeat in Round 4.

Tickets for Leinster v Scarlets are on sale now from €;20.

There has been a record-breaking start to this Guinness PRO12 season. After six rounds of play the average number of tries scored is at 4.5 per match, the highest it has been since the tournament format change.

The average winning margin is the closest it has been at this point in the season for a decade with 10.78 points per game the average gap between sides.

So far, 18 losing bonus points have been claimed in 36 games, along with 17 try bonus points.

Connacht will be looking to win their fifth Guinness PRO12 game in a row when Benetton Treviso visit Galway on Friday night.

The two Scottish teams are in action on Saturday, one home and one away. Edinburgh must be hoping home advantage will put them back on track having lost their last two games after a winning start to the season, but third placed Munster will be a tough opponent.

Glasgow Warriors meanwhile have lost both their away games this season, but know that the BT Sport Cardiff Arms Park is a happy hunting ground for them, having won on their last three trips there in the Guinness PRO12.

Elsewhere on Saturday, Ospreys face the unusual position at Liberty Stadium of welcoming a Zebre team who sit two places higher than the Welsh region in the table, after the visitors claimed back-to-back victories and their first ever bonus point win against Cardiff Blues on Saturday.

Finally, the round wraps up in Wales on Sunday, with Newport Gwent Dragons facing Ulster at Rodney Parade. Both teams have seen the results in their opening six rounds go the way of the home team, will this encounter follow suit?

The Guinness PRO12 Final will take place at BT Murrayfield, Edinburgh on Saturday 28th May 2016. See www.pro12rugby.com for ticket details.