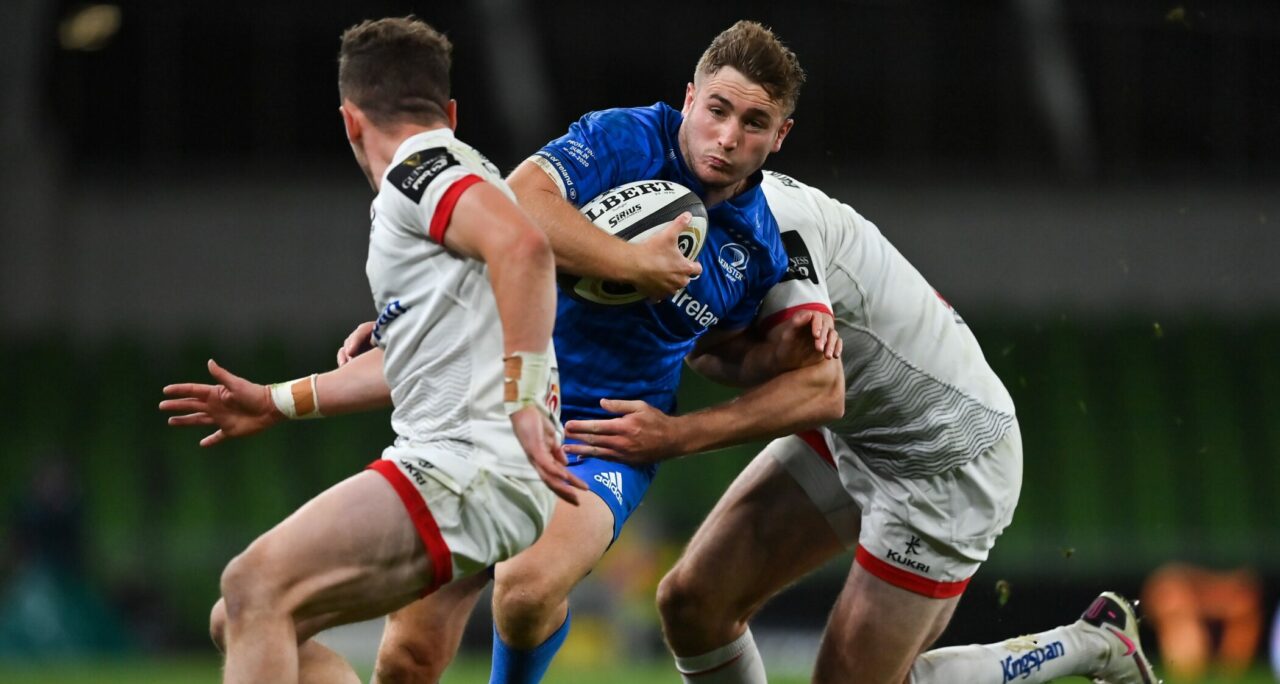 Leinster Rugby claimed their third consecutive Guinness PRO14 title on Saturday with a 27-5 win over Ulster Rugby at Aviva Stadium.

Second half tries from Robbie Henshaw and Caelan Doris helped Leinster to pull away after a tight first half after which they led 10-5.

It was the northern province who struck first, James Hume dotting down in just the 4th minute for a wonderful solo effort.

However, that was quickly cancelled out when winger James Lowe benefitted from a sharp Jamison Gibson-Park pass to slip into the corner.

Out half Ross Byrne converted before soon adding three more from the kicking tee.

Leinster were forced to dig deep in defence at various points in the first half but duly obliged with big takeaways by Doris and Andrew Porter.

After the break, Byrne struck a long range penalty to make it 13-5.

That cushion was extended immediately when Robbie Henshaw picked off an Ulster pass in midfield and raced home.

With just 10 minutes remaining, Doris then barged over from close range for Leinster’s third and final try clinching the title.