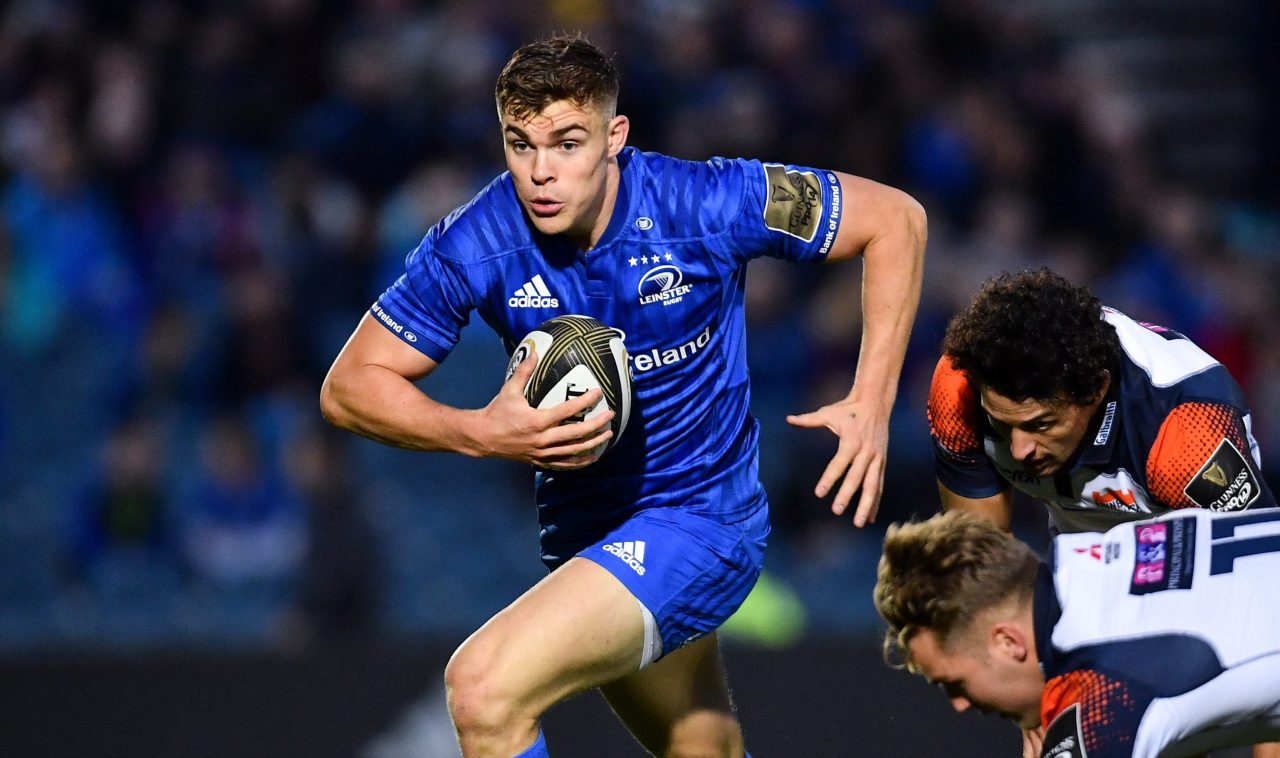 Leinster Rugby defeated Edinburgh Rugby 31-7 at the RDS Arena on Saturday to move to the top of Guinness PRO14 Conference B.

There was little to separate the sides in the opening stages until Devin Toner’s brilliant block down paved the way for Fergus McFadden to score the game’s opening try.

A sustained spell of pressure followed from the visitors, but after almost 40 phases they couldn’t find a way through a determined Leinster defence.

Edinburgh struck first in the second half when Magnus Bradbury reached for the whitewash, but Leinster moved 12 points ahead when Jordan Larmour side-stepped his way under the posts.

Johnny Sexton was making his 150th Leinster Rugby appearance on Saturday and he celebrated with a try of his own to add to his six points from the boot.

A red card with 10 minutes to go for Pierre Schoeman meant Edinburgh finished with 14 men.

Just before the final whistle Garry Ringrose completed the scoring at the end of Fergus McFadden’s break down the right.

Leinster will be aiming to hold on to top spot in Conference B when they travel to face Connacht in Galway on Saturday.

The Western province are currently third in Conference A after a convincing win over Scarlets at the Sportsground.

Leinster’s next home game is at Aviva Stadium against Munster on Saturday, 6th October (KO 6pm). Tickets are available from €25 at ticketmaster.ie.