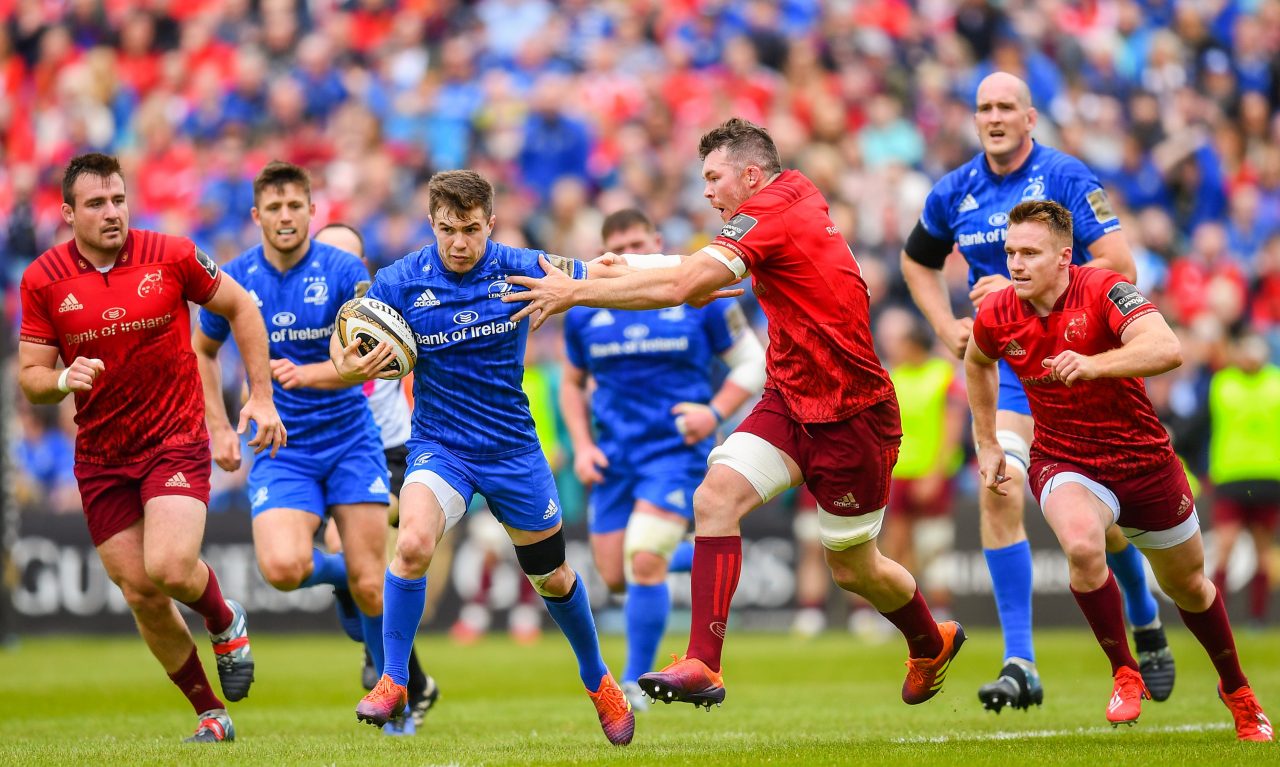 Leinster Rugby will meet Glasgow Warriors in the Guinness PRO14 final following their 24-9 win over Munster Rugby at the RDS Arena.

Second-half tries from Sean Cronin and James Lowe were enough to clinch the 15-point victory and send Leinster on their way to Celtic Park next weekend.

The opening 40 minutes proved to be a battle of place kicking between Ross Byrne and Joey Carbery with Leinster leading 9-6 at the interval.

After Byrne added another penalty early in the second-half, the Leinster front row combined to profit from a man advantage and send hooker Sean Cronin crashing over for the game’s opening try.

The visitors failed to recover and the result was put beyond doubt in the final minute when James Lowe forced his way over in the corner.