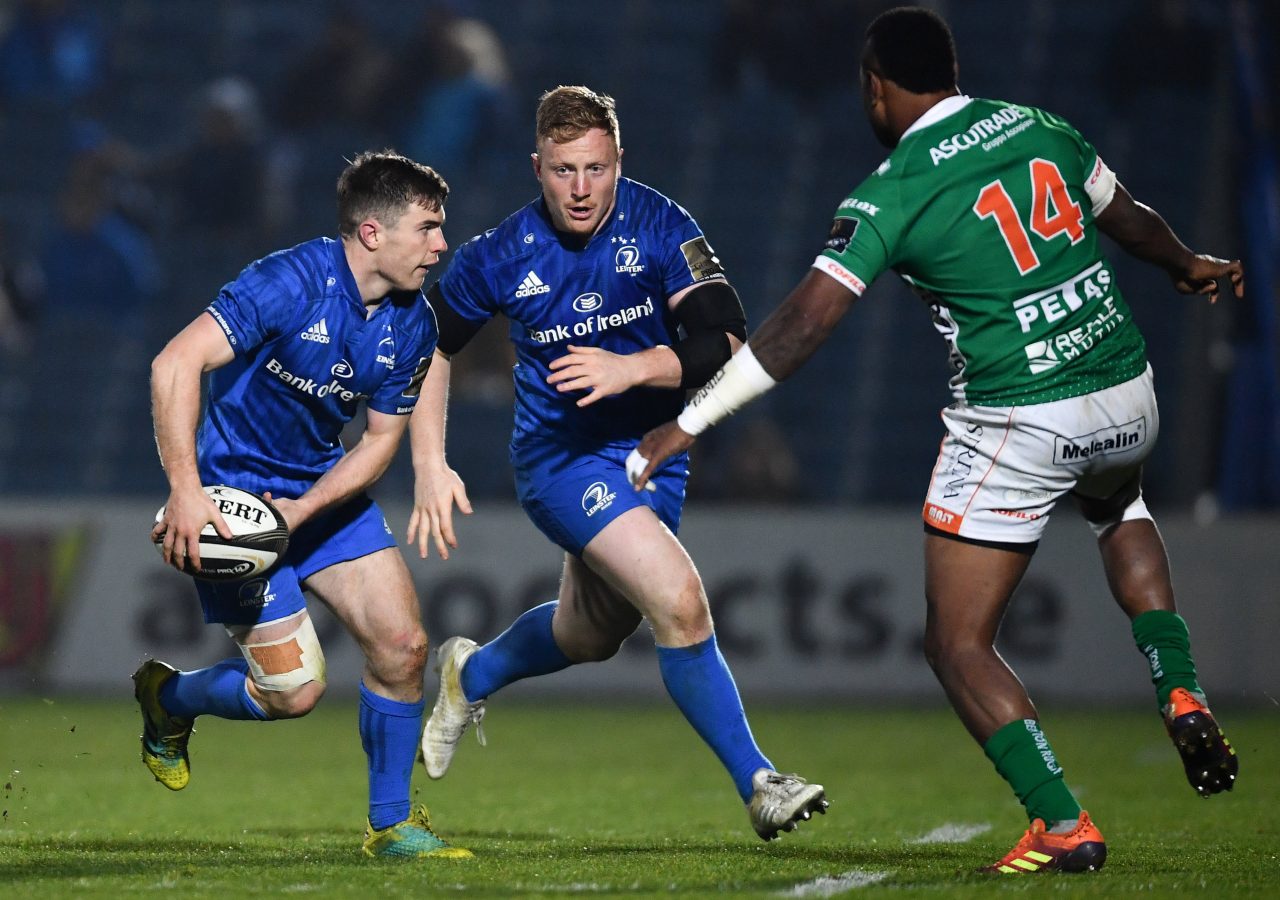 Leinster Rugby and Benetton Rugby played out a thrilling draw in Round 19 of the Guinness PRO14 on Saturday evening.

A last-gasp try from Iliesa Ratuva Tavuyara managed to clinch the draw for the Italians who found themselves trailing late on having made all the early running in the first half.

The visitors had led 13-6 at the break as Leinster struggled with losing their out-half Noel Reid and lineout caller Mick Kearney to injury in the bruising early exchanges.

James Lowe forced his way over early in the second-half for Leinster to level the game but Federico Ruzza’s try immediately put Benetton back in control.

When substitute Bryan Byrne and the impressive Ciaran Frawley, who had earlier replaced Reid, both touched down it looked like Leinster had sealed victory.

However, Ratuva Tavuyara came off his wing to score the final try which was converted by Tommaso Allan to claim a share of the spoils.