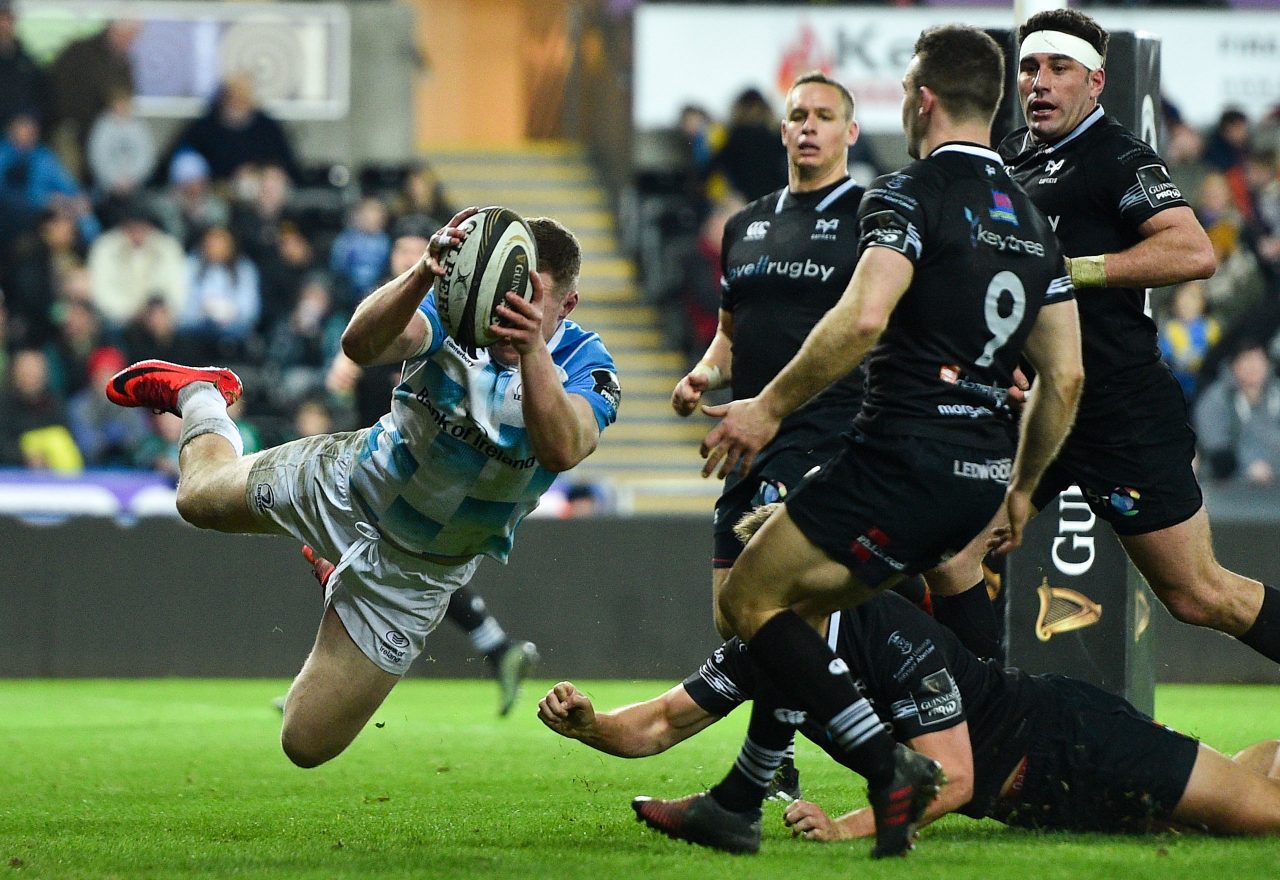 Leinster Rugby fell to a fourth Guinness PRO14 defeat of the season at the Liberty Stadium on Saturday night.

Leinster started brightly with Ross Byrne kicking a penalty in the seventh minute after some good work down the right wing from Rory O’Loughlin.

From that point on Ospreys took control of the game with three tries before half-time.

Dan Evans got the first of his two tries after combining with Justin Tipuric when Ospreys broke down the left wing.

Before the Ospreys’ second both Fergus McFadden and Noel Reid departed the game for HIAs. Dave Kearney, who came on as a replacement for Reid, was forced off 11 minutes after his introduction with an arm injury meaning Jamison Gibson-Park came on to play at full-back, with Joey Carbery moving to inside centre.

Evans’ second came 12 minutes later after juggling a Kieron Fonotia offload five metres from the Leinster line. Tom Habberfield got Ospreys’ third before the break to make it 19-3 to the hosts.

The margin was reduced before half-time when Barry Daly touched down Ross Byrne’s grubber kick.

However, Ospreys got the all-important next score after the restart through Justin Tipuric.

When Rory O’Loughlin scored Leinster’s second and Joey Carbery added a penalty to reduce the margin to eight it looked as though the province were on course to take something from a tough evening in Swansea.

An experienced Ospreys outfit saw out the last 20 minutes, however, with Dan Biggar kicking two penalties before full-time.

With Scarlets losing away to Munster earlier on the same evening it meant that Leinster’s three-point lead at the top of PRO14 Conference B was unchanged.

Attention now turns back to Europe ahead of this weekend’s Champions Cup Quarter-Final against the back-to-back champions Saracens at Aviva Stadium on Sunday. Ticket sales for the match have passed the 45,000 mark. Join the roar and get your tickets now.