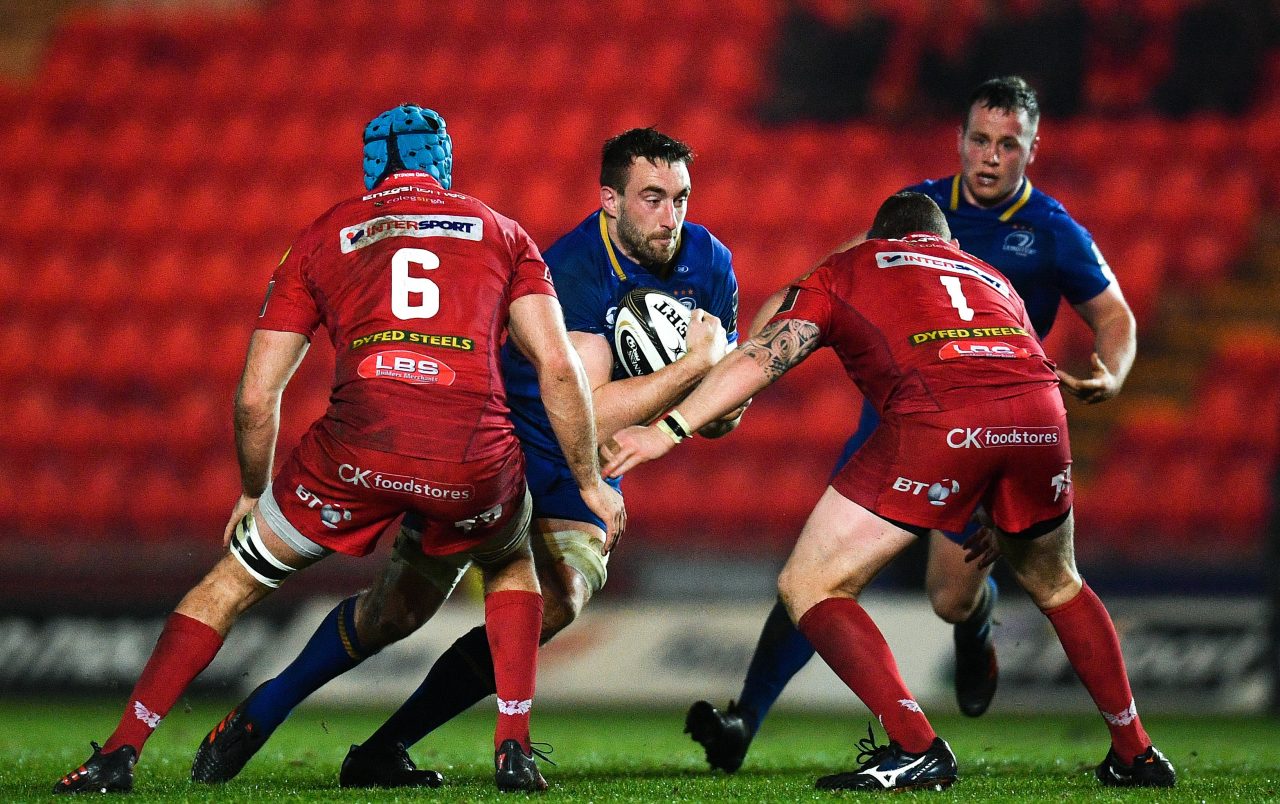 Leinster Rugby maintained a three-point gap ahead of Scarlets at the top of Guinness PRO14 Conference B after a 10-10 draw at Parc y Scarlets on Friday evening.

Scarlets looked to have taken the lead in the first half but a TMO review revealed that Tom Williams had lost control of the ball before grounding which meant the sides were scoreless at the break.

Four minutes after the restart Leinster took the lead through Ed Byrne who burrowed over from close range. Ross Byrne’s conversion made it 0-7 and, such were the scarcity of scoring opportunities in some very poor conditions in Llanelli, Byrne’s converted effort could almost have been enough to secure a victory.

It wasn’t to be. Paul Asquith’s try, converted by Dan Jones, levelled the game with 15 minutes to go. This was preceded by a massive defensive effort from Leinster with Scarlets spending an extended spell inside the province’s 22.

A Ross Byrne penalty inside the final 10 minutes looked to be enough to secure a vital win for Leo Cullen’s men. But a penalty awarded Scarlets way just as the clock turned red gave the Welsh side one final opportunity to level matters, which Jones gratefully accepted.

Leinster Rugby returns to Wales to face Ospreys in what will be another crucial Guinness PRO14 game on Saturday, 24th March (KO 7.35pm).

The following weekend Leinster face Saracens in the Champions Cup Quarter-Final at Aviva Stadium. Tickets for this game have surpassed the 40,000-mark. Join the roar and get your tickets now.