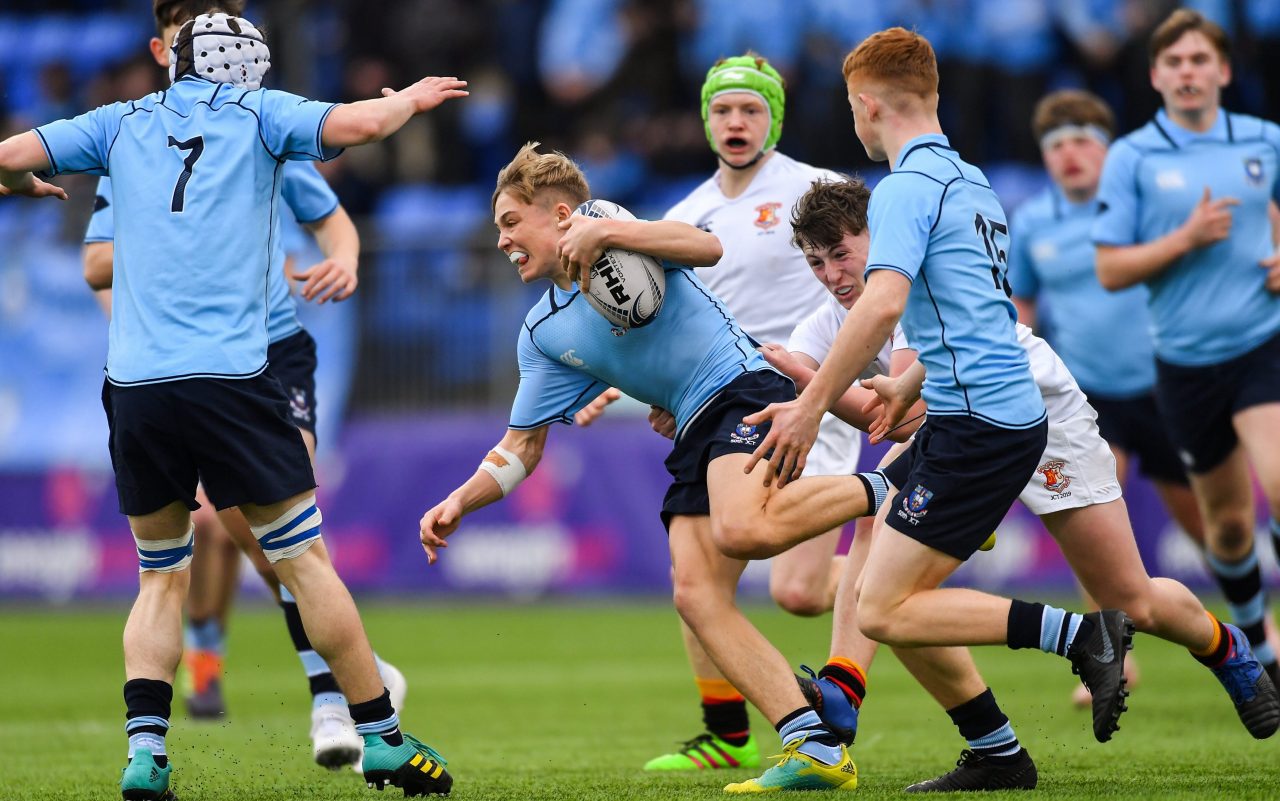 The early contest was evenly matched. Both teams were solid in defence denying any opportunity to the opposition.

There was all of 21 minutes on the clock before Fintan Gunne was afforded the opportunity to open the scoring with the boot for St Michael’s.

His penalty went narrowly to the right of the posts but there was better to come from his side.

From the restart, St Michael’s rushed straight back down the field and took advantage of an overlap on the right wing.

Second row David Woods was the extra man outside and was given the job of scoring the opening points, to which Gunne added two more.

Bray started the second half with plenty of intent and, but for some unlucky handling errors in front of the posts, could have been level.

Michael’s weathered and the storm and were soon on the attack themselves where Gunne added to his tally.

The clever scrum-half spotted a hole in the Bray defence and went it alone from 5m.

He was then on hand just moments later to send Woods in for his second try and to seal the result.