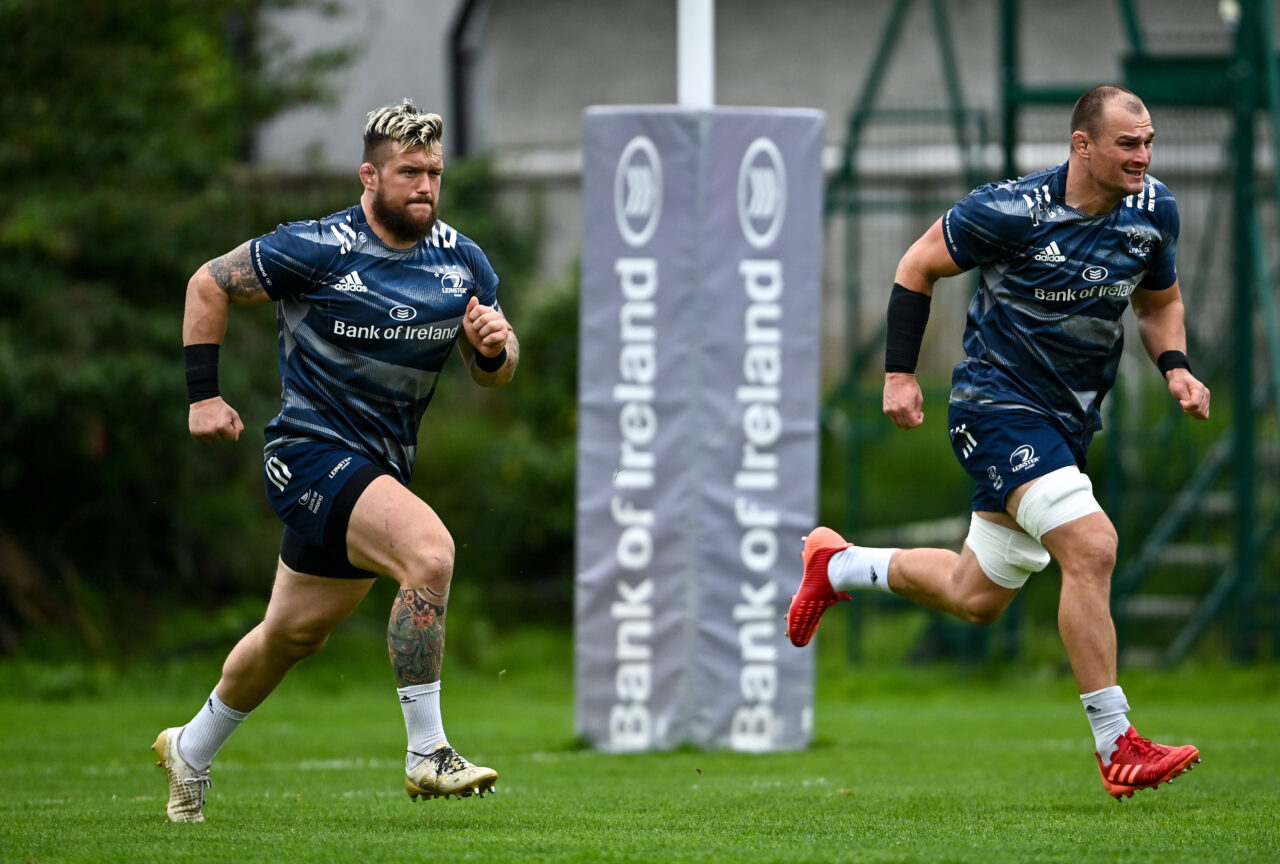 Andrew Porter is hoping to see improvements in the province’s performance in Saturday’s Guinness PRO14 Final.

The tighthead prop has featured in both games against Munster since the resumption of the competition and has admitted he’s still looking to hit his best.

Referencing last week’s semi-final win, he claimed that there is still room for improvement and some cobwebs to be shaken off.

“There’s bits of our game that we have to improve so we can get into our flow, in terms of our ruck and our carry.

“We know we’ve another few gears left in us from where we left off before all the restrictions came in. We’re still looking to play to our best standards and get a bit more out of ourselves,” Porter said.

On a personal note, he’s looking forward to renewing rivalries in the front row with two former teammates in Eric O’Sullivan and Jack McGrath.

“I would have played with Eric at Leinster Under-20s when I was a loosehead myself as well, scrummed against him a few times, and would obviously know Jack from scrumming against him in training and playing with him,” Porter explains.

“Two very good looseheads and definitely will have to be on my best game coming up against them. Ulster have a good pack, and a strong pack as well.”

He also dismissed any talk of the province’s current run of form in the PRO14.

For Porter, the regular season and semi-final have already long been cast aside with full focus on the coming weekend.

“That’s something we’re big on. We’re not getting complacent with ourselves. The whole season will mean nothing if we don’t turn up this weekend.

“It doesn’t matter if you’re unbeaten, now is the only time that counts, to go unbeaten in finals rugby. This is when we need to start really playing to the best of our ability and churn out a big performance this weekend.”