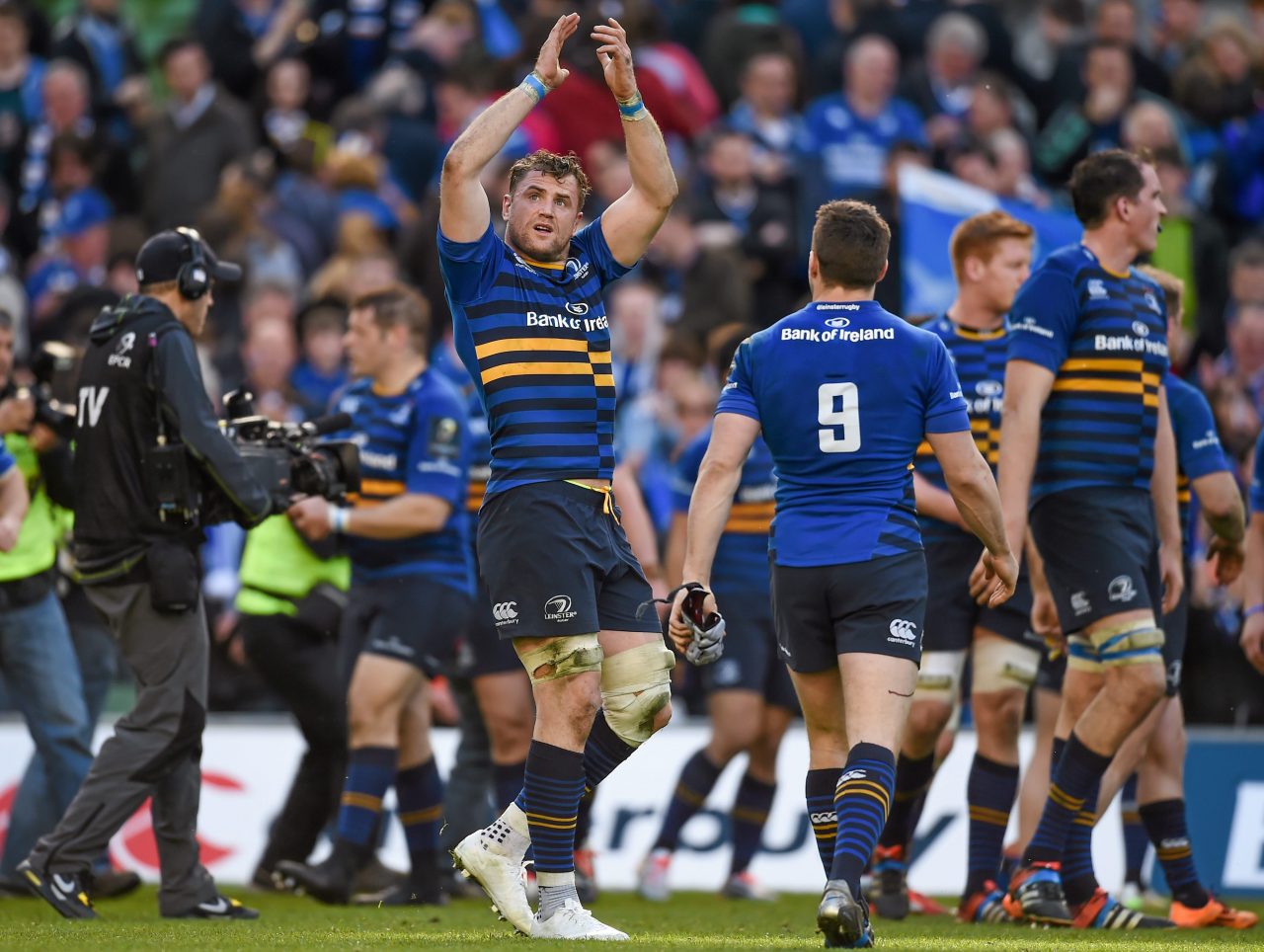 After the win over Bath in the European Champions Cup Quarter-Final at AVIVA Stadium, Leinster captain Jamie Heaslip spoke to the media about the need to improve ahead of the semi-final and the crucial run of games coming up for the province.

Six Ian Madigan penalties sealed the win for Leinster, and a place in the Champions Cup Semi-Finals for the first time since 2012, at the AVIVA on Saturday.

Speaking after the game, the Leinster captain reflected on the important role the experience within the squad played in seeing out the game.

“We can take a lot of positives out of it. They’re on our line, they’re 25 metres out in that last minute and a half, two minutes of the game. Someone asked me was that the experience part; a little bit of experience and a little bit of the lads showing their character. I couldn’t be prouder of them. But at the next level, no matter who it is, Wasps or Toulon, we have a massive challenge and we’ve got to improve on today.

“If you make any kind of individual or system errors, [Bath] are going to punish you. And that happened twice. There were probably a couple of other times where they really did stress us and make line breaks, or half line breaks.”

With a semi-final place secured, and a tie with Toulon or Wasps to look forward to, Heaslip emphasised the importance of upcoming games in the Guinness PRO12, starting with the game away to Dragons next Sunday.

“It’s another massive game. It’s great at this time of year; it’s just big game after big game. We’re chasing that top four pretty hard, so the Dragons games is huge. And the game following that’s going to be massive as well, in terms of the club and the group that we have.”

With an eight-day turnaround between the Bath and Dragons games, the squad have time to rest and recuperate before another crucial fixture.

“We’re just going to rest up now. A lot of us were saying that’s probably one of the fastest, toughest games we’ve played, including internationals. That’s right up there.”