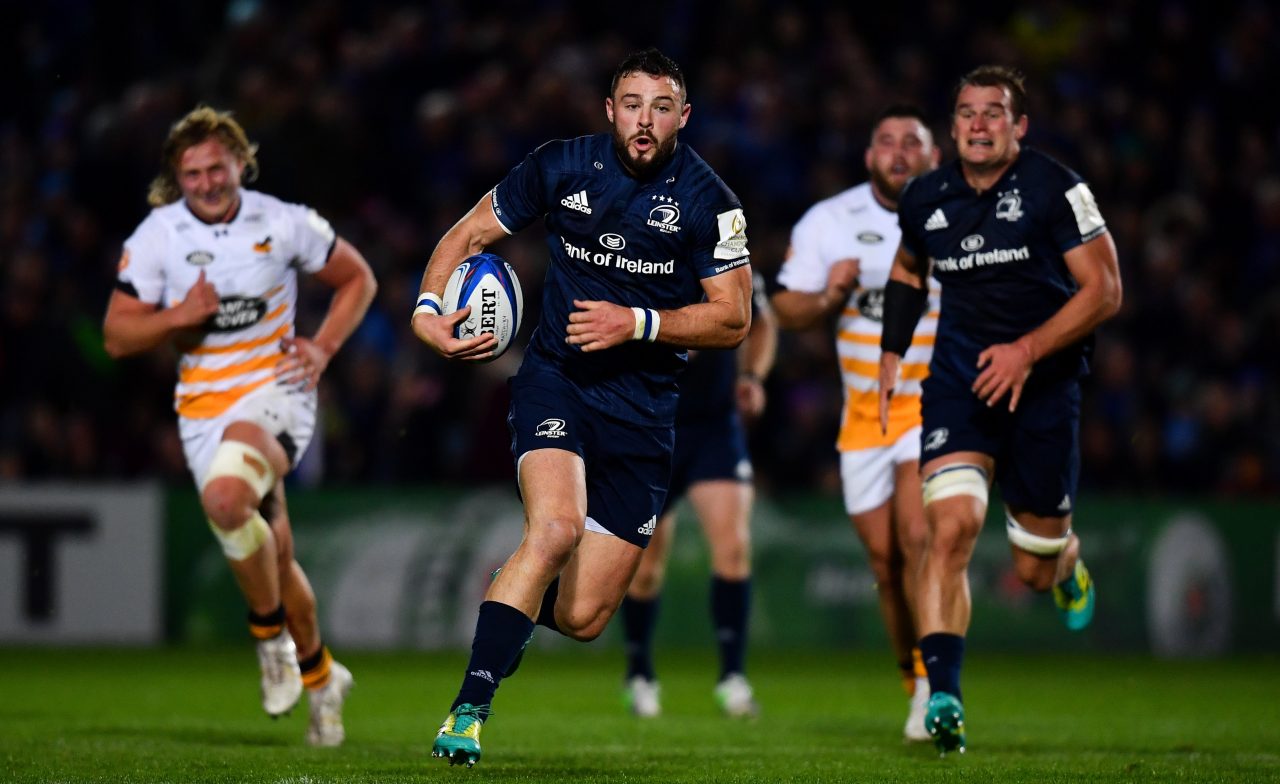 Leinster Rugby’s Heineken Champions Cup title defence started with a 52-3 victory over Wasps at the RDS Arena on Friday night.

Seán Cronin opened the scoring early on before Luke McGrath got Leinster’s second try at the end of the first half.

Just as the first half finished with a try the second half started with one, James Lowe breaking on halfway and finishing to the right of the posts.

Luke McGrath got his second – the bonus point try – 10 minutes later, with Lowe also getting his second on 60 minutes.

A Leinster blitz at the end saw three tries scored in the final eight minutes by Jordan Larmour, Robbie Henshaw and Jack McGrath to cap a strong start to the new European campaign.

Leinster Rugby returns to the RDS Arena on Friday, 23rd November, to take on Ospreys. Tickets are on sale now.