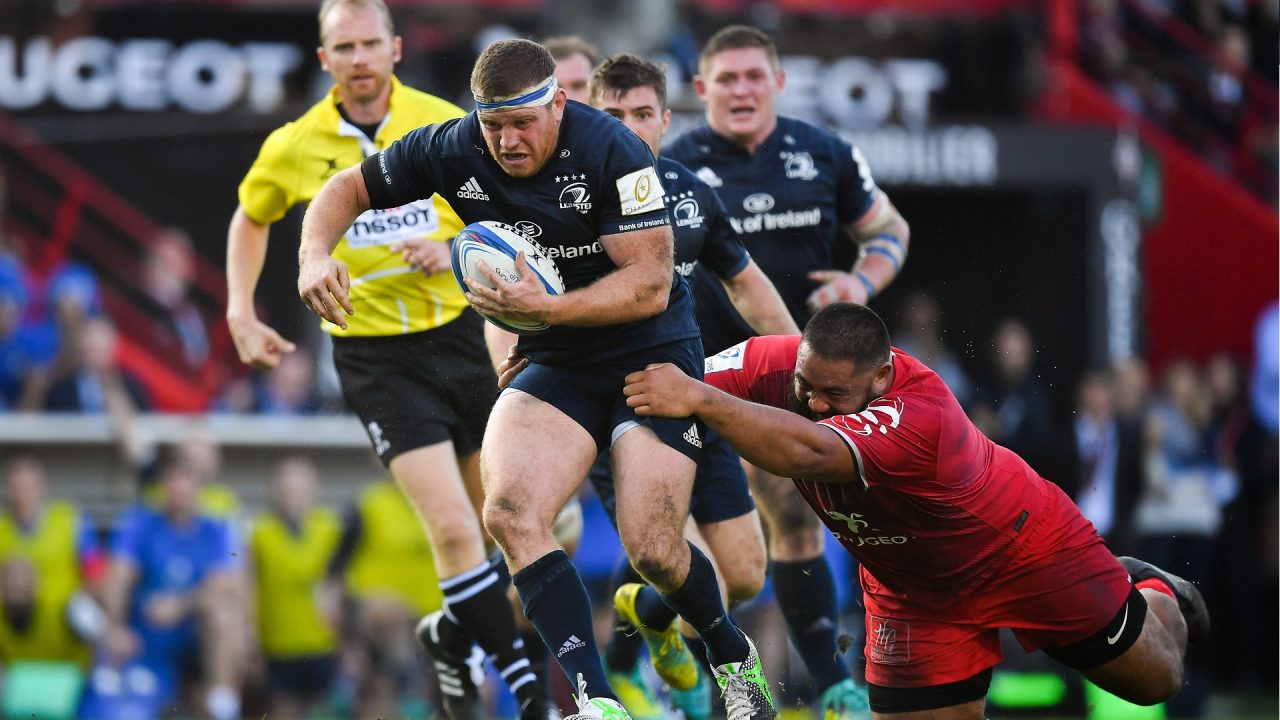 Leinster Rugby fell to a one-point defeat away to Toulouse in Round 2 of the Heineken Champions Cup on Sunday.

The French side built a 14-point lead with 17 minutes played before Johnny Sexton knocked over two penalties.

Leinster continued to work their way back into the game with Seán O’Brien scoring the province’s first try after a break by Jack Conan. Sexton’s conversion made it a one-point game, but Toulouse struck again before half-time to extend their lead to eight.

Leo Cullen’s men made a strong start to the second period with tries from James Ryan and Seán Cronin giving them the lead for the first time.

However, with 12 minutes to go, Toulouse intercepted a pass at their own 22 and broke downfield for Maxime Médard to score.

Thomas Ramos slotted the conversion to give Toulouse the narrowest of leads which they held onto until the final whistle.

Leinster are back in Guinness PRO14 action this weekend away to Benetton Rugby. The province currently leads Conference B by five points with six games played.

The top spot in the conference guarantees a home semi-final later in the competition, while the teams that finish second and third go into a semi-final qualifier.

The team to face Benetton will be announced on Friday at 12pm on leinsterrugby.ie.

Tickets for Leinster Rugby’s next home game against Ospreys at the RDS Arena are on sale now from €25/10.