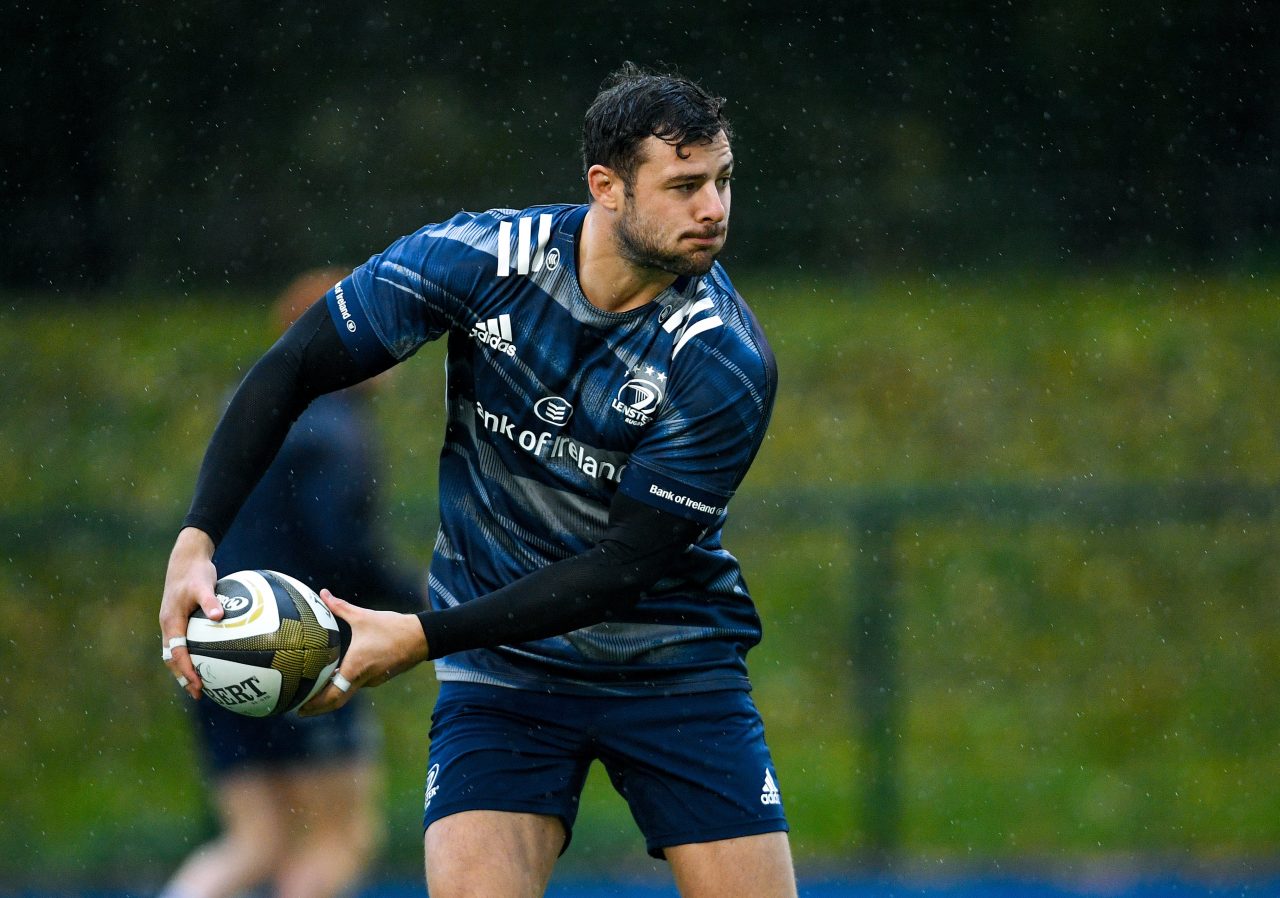 Centre Robbie Henshaw returned to action in Round 1 of the Heineken Champions Cup last weekend after missing the Connacht clash with illness.

And for him, the win against Benetton was the ideal way to kick off both his season and Leinster Rugby’s European campaign.

“I suppose it’s a good way to get the ball rolling for us, to have the whole group back together,” says the Athlone native.

“We’d been back training about a week before that. Everyone was back on the same page. To put the hard work that we put in the last few weeks onto the pitch on Saturday night was brilliant.”

Next up is a trip to face Top 14 leaders Lyon in France and, from experience, the whole squad know that a trip to mainland Europe is never easy.

“Away days in France are always a massive challenge. They’re top of the French league at the moment. They have great quality individuals, they play good running rugby.

“The crowd is always on top of you and it just feels different. I suppose in a good way it’s good to be able to be in that position and embrace that challenge.”

Last year’s Round 2 game also had Leinster travelling to France, a loss to Toulouse, after an impressive Round 1 win over Wasps at the RDS.

Henshaw explains how that experience is the perfect example to look back at this week in preparation for Lyon.

“We got the bonus point and we went away to Toulouse and we slipped up there. I think one of the key components of that game was how we started as well. We had, I suppose, not the best start and they got ahead early and then we were chasing.

“That was a big thing that we looked at. We’ll definitely speak about that during the week. That’ll just highlight how we can’t take things for granted. We’re going over there and it’s going to be very tough.”