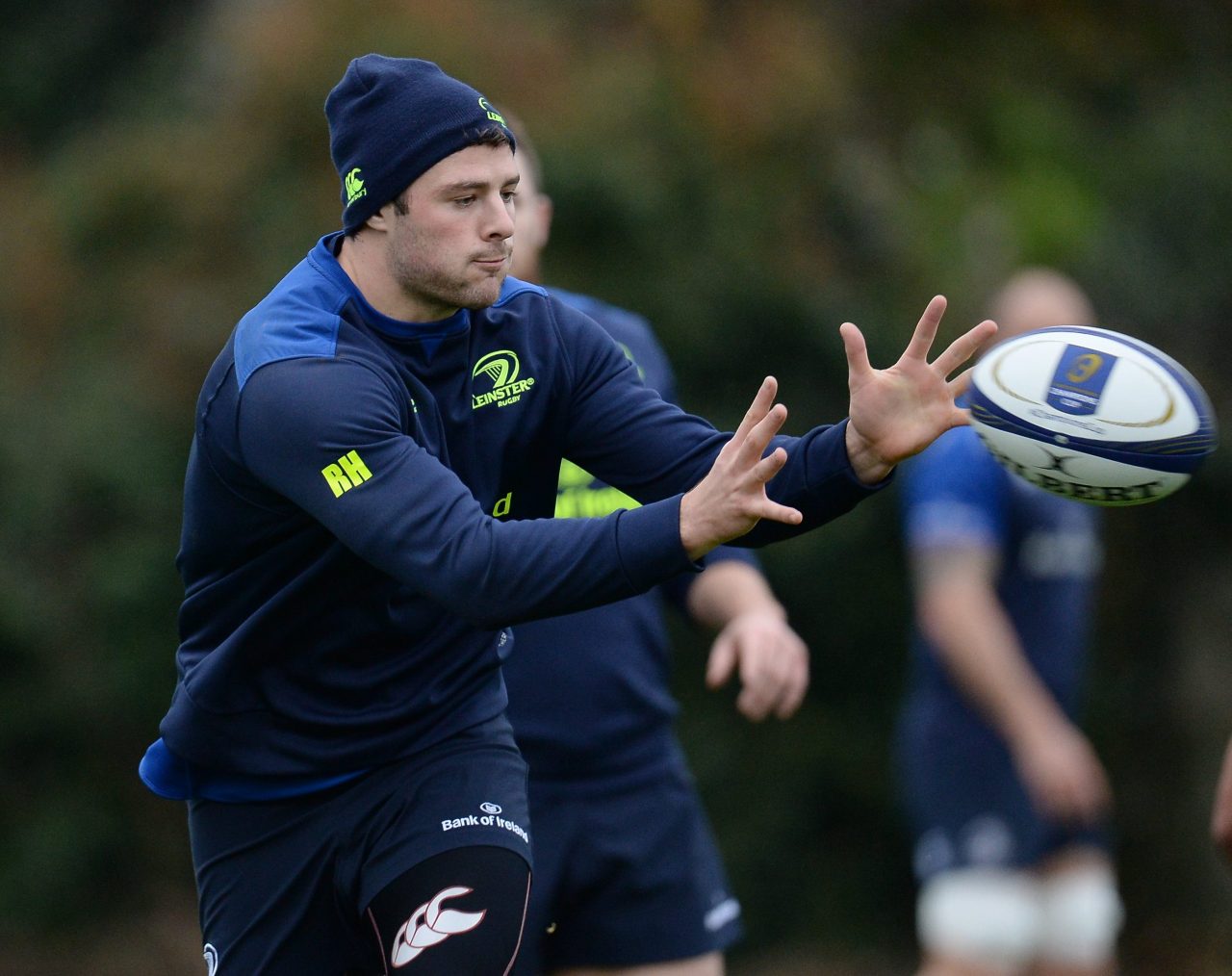 Robbie Henshaw believes Leinster Rugby’s defence will have to be “top class” on Saturday evening against Northampton Saints if Leo Cullen’s men are to take a big step towards a home quarter-final in the Champions Cup.

Leinster held Northampton to just 10 points at Franklin’s Gardens, but, with an eye on the English side’s recent history in European back-to-back contests, Henshaw knows they will be dangerous opponents in Aviva Stadium this weekend. “Our defence has to be top class against this Northampton side,” Henshaw said in Leinster HQ on Friday afternoon.

“We spoke about it during the week that they’re going to come here to play and they’re coming here to prove a point. They’ll be playing with a lot of emotion, I think, as well.

“We need to be top class in defence. There are some areas of improvement in our attack game as well that can be better. It’s going to be a tough task. They’re going to play a good running game.”

As it stands, Leinster lead the way in Pool 4 on 11 points, with Montpellier close behind on 10. The French side travel to face their TOP 14 rivals Castres this weekend before heading to the RDS Arena next month in a crucial Round 5 match.

To put Leinster in the best position possible for that massive tie with Jake White’s side, Henshaw knows a win on Saturday is a must.

“It’s a chance for us as a group to put down a marker in Europe. I think it started on the back of last week. We went over there with a few young guys coming into the side and it was a tough challenge and we came out on the right end of it.

“This week we need to back it up; we’re always looking to improve. We come out with a good result tomorrow and it lays a good foundation for a home quarter-final, hopefully.”

Leinster face Northampton in Aviva Stadium on Saturday at 7.45pm. Tickets can still be purchased from ticketmaster.ie.

Tickets can also be purchased from the Ticketmaster van on the corner of Northumberland Road and Lansdowne Road from 3.30pm on the day of the game.