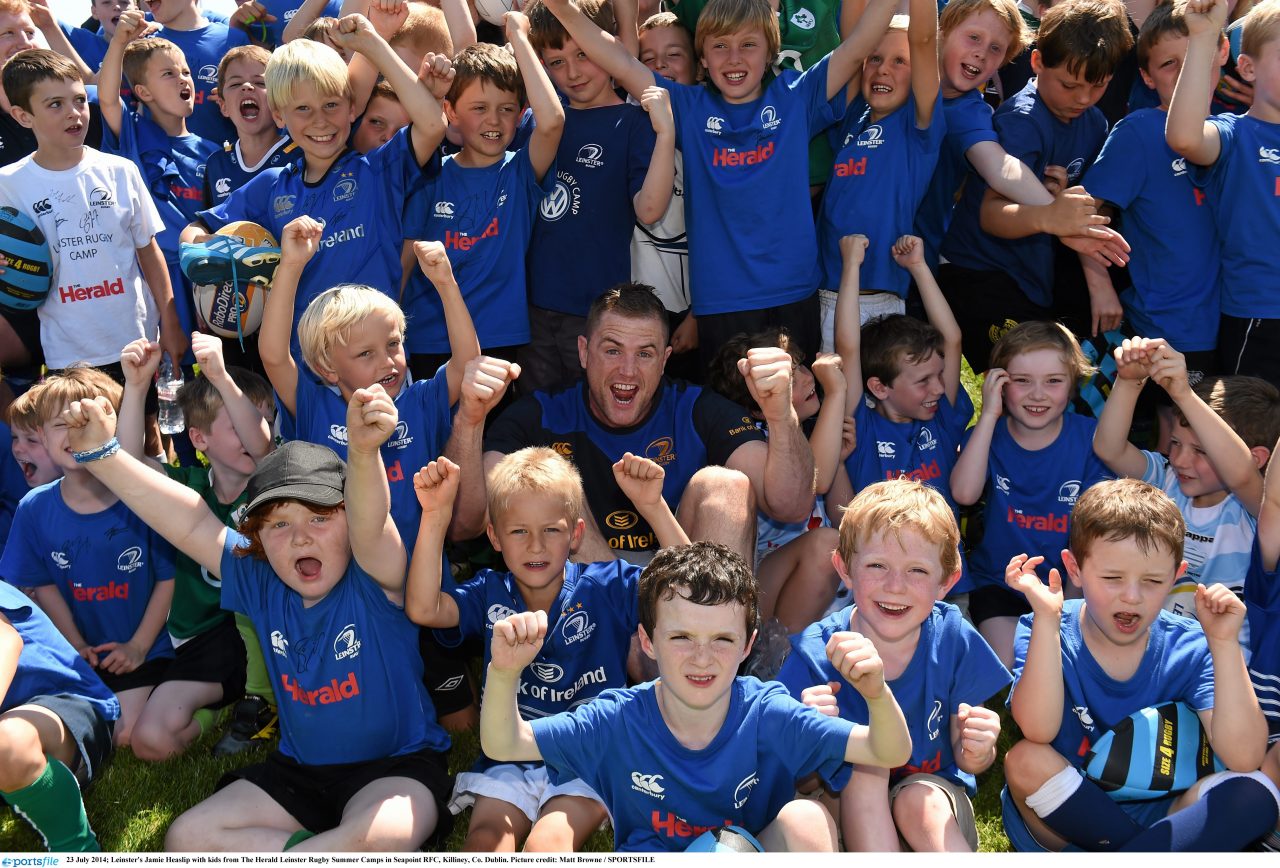 Today, our three camps in Portlaoise RFC, Seapoint RFC and Tullow RFC come to a close. The five day camp has been an action packed week of rugby with the camp goers learning new skills and making plenty of new friends. Last Wednesday saw visits to each camp by members of the Leinster senior team which brought great excitement to the budding youngsters. They got the chance to get photos and autographs, grill the players during a Q and A and in some cases the players even joined in some of the drills so the kids got the chance to play with their heroes. 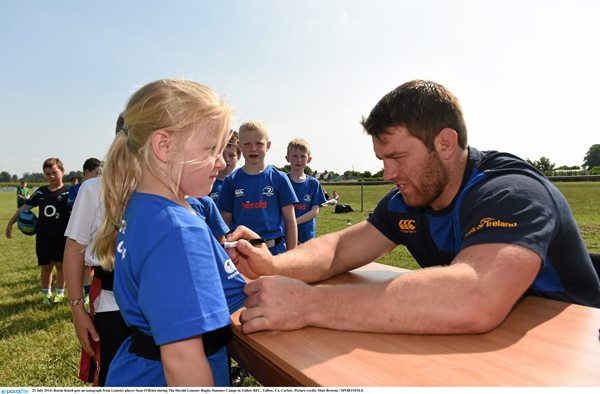 Portlaoise RFC was visited by Ian Madigan and Rhys Ruddock, Leinster captain, Jamie Heaslip made the short journey to Seapoint RFC along with Tom Denton while The Tullow Tank, Sean O’Brien visited his hometown club with Tadhg Furlong.
So far this summer The Herald Camp has seen more than 1,300 6-12 year olds complete the five day camps. Our IRFU accredited coaches focus on different aspects of skill development by bringing the drill from introductory level through to using it in a fun game based activity. 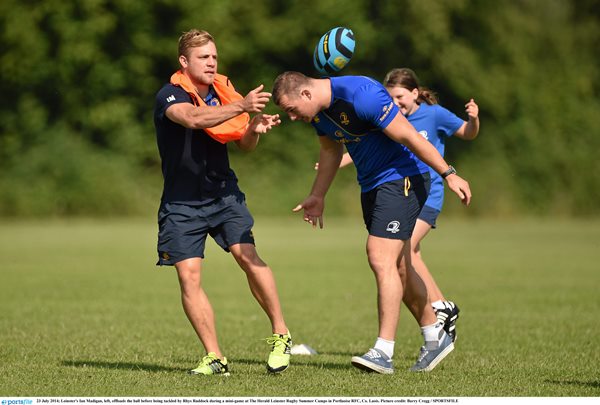 Over the next four weeks the camps will continue across the province, starting next week with camps being held in Cill Dara RFC and Wanderers FC. Make sure to keep an eye on our Facebook for full photo albums from the first four weeks of the camps and to follow us on Twitter for regular updates throughout the week from all of the camps.