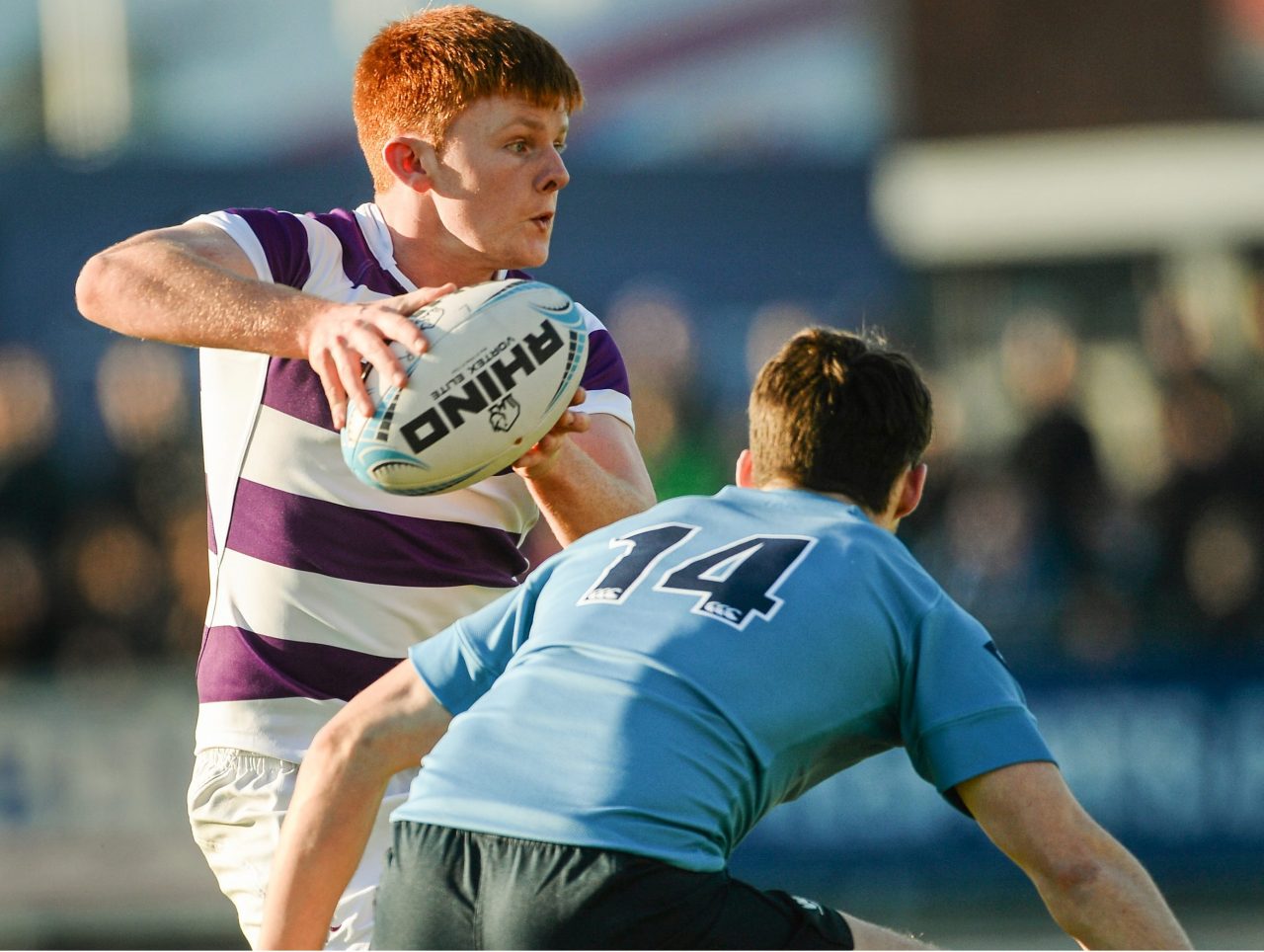 Heroic Clongowes Wood held out against a full five-minute onslaught to knock St Michael’s out of the Bank of Ireland Leinster Schools Senior Cup in a thrilling quarter-final at Donnybrook on Sunday.

St Michael’s received the mother of all wake-up calls from St Mary’s in the first round in a match they should have lost. Clongowes would not be as generous.

Coach Brian O’Meara, the former Leinster and Ireland scrum-half, tinkered with his back division, bringing in Max O’Shea to full-back and shuffling Jack Kelly from thirteen to fourteen with James Hickey moving to inside centre and Oisin O’Meara moving out one to thirteen.

Sure enough, the rise in intensity from St Michael’s was there in their first defensive set as openside Gavin Croke forced a penalty on the floor.

Clongowes came calling again down the left. That was repelled by wing Jack Kelly taking care of the ball.

Then, the St Michael’s lineout cranked into gear for 30 metres and when they came around the corner, it was clear Clongowes were applying the chop tackle against a bigger pack.

When a ball slipped out the side of a ruck, Clongowes flanker Donal Mongey picked it up and set in train a series of drives concluded by centre Colm Mulcahy’s hard line taking him to the posts.

Jonny Glynn converted for 7-0 in the tenth minute.

An overthrown Clongowes lineout put Croke on the ball and they finally progressed when number eight Max Deegan snapped up a messy lineout to make serious headway.

He was stopped by a superb tackle by wing James Lappin. The heavy brigade took over from there. James Ryan and Oisin O’Meara took control and prop Rory Mulvihill crashed home in the right corner to make it 7-5 in the 17th minute.

A savage hit by O’Meara shook the ball free in midfield and St Michael’s moved into attack mode, Ryan tearing up the right and full-back Max O’Shea coming close.

They were taken back for a penalty, went for touch and a maul that exploded through the middle for flanker Barry Fitzpatrick to ground out the try for 10-7 in the 22nd minute.

Clongowes took their turn to apply pressure. Flanker Will Connors fed hooker John Molony on the charge until Jack Kelly put him to ground and forced a turnover.

The exchanges were ferocious. A loose clearance out of defence was gathered in by full-back Michael Sylvester. His footwork took him beyond the first man up and scrum-half Rowan Osborne was there to fizz into the left corner for 12-10 in the 28th minute.

However, the Clane school lost number eight Sean McCrohan and Mulcahy to  injury within the space of two minutes, McCrohan returning to the fray just before the break. 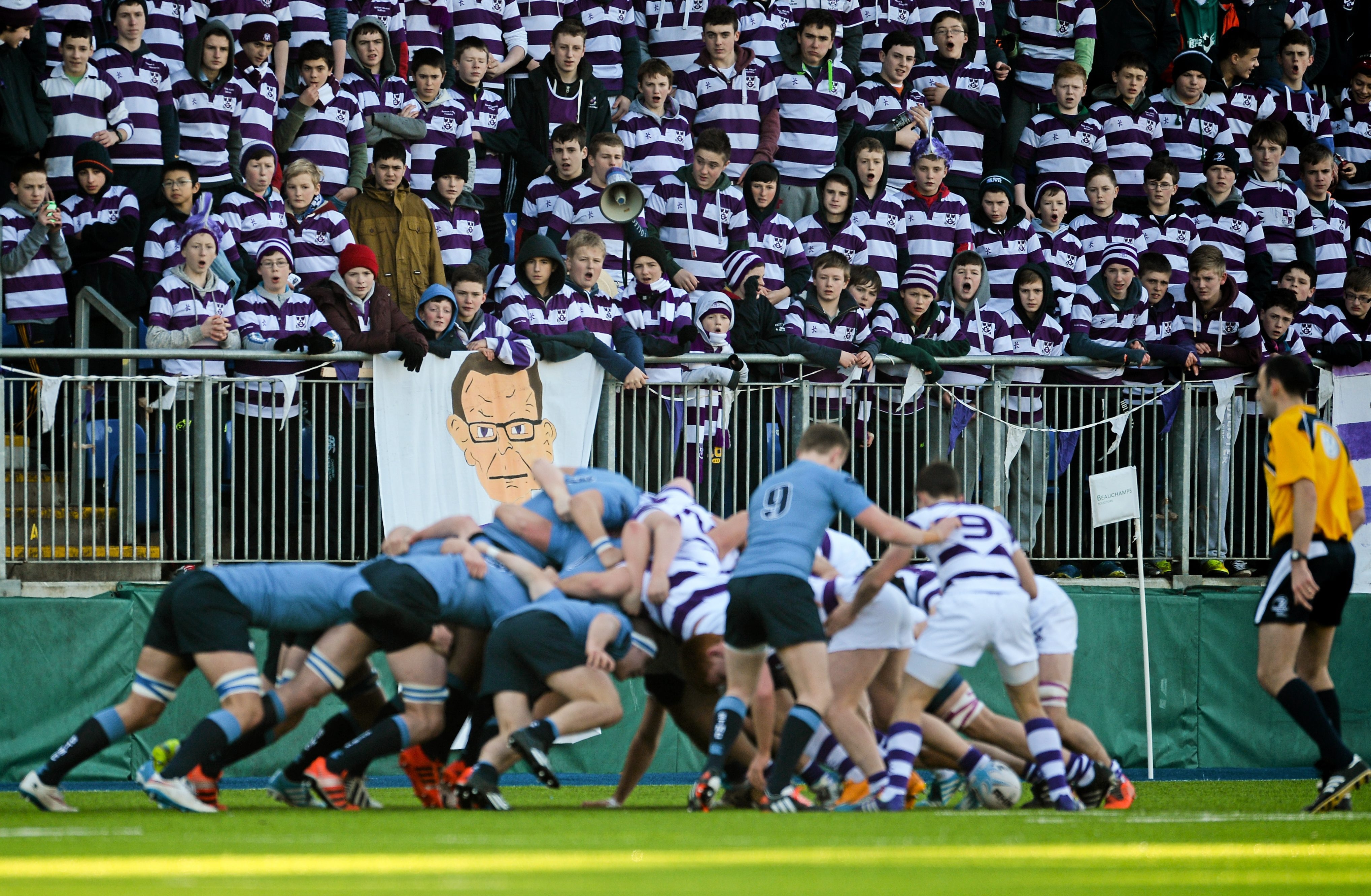 St Michael’s introduced Harry Byrne to fly-half and he immediately engineered a movement for wing Tom Molony to get away down the left.

This was a heavyweight bout alright. Deegan powered forward for the Ailesbury Road school. Connors almost cracked the cover in reply.

Byrne lashed a penalty to within mauling distance of the line. That didn’t work out as Clongowes defended heroically.

Deegan put in a clever grubber and then executed a turnover by keeping Conor Murray up off the floor. It prompted a multi-phase attack which drew a penalty for Byrne to make it 13-12 in the 46th minute.

Back came Clongowes. Fly-half Glynn’s hit-and-hope kick under pressure was converted into a 5-metre scrum by his chasers. There was no give from either crew as James Lappin and Jonny Molony came closest to glory.

Another scrum came when bodies piled into a ruck. Openside Donal Mongey was held up over the line. Another scrum. Connors, Molony,  McCrohan and Michael McDermott all had a go before Osborne delayed the ball for Lappin to exploit the space on the right.

It was far from over. Deegan took off twice for major gains and Byrne began to get his forwards and backs working well on the front-foot.

Then, they were awarded a penalty for crossing straight in front of the posts 35 metres out. They went for the corner and the kick was overcooked to travel all the way to the wrong side of the corner flag.

The tension was palpable. Clongowes used prop Nicholas Rinklin and Connors directly. When St Michael’s defence stood up, they countered from deep to set up a thunderous attack, lasting a full five minutes with Clongowes holding out.