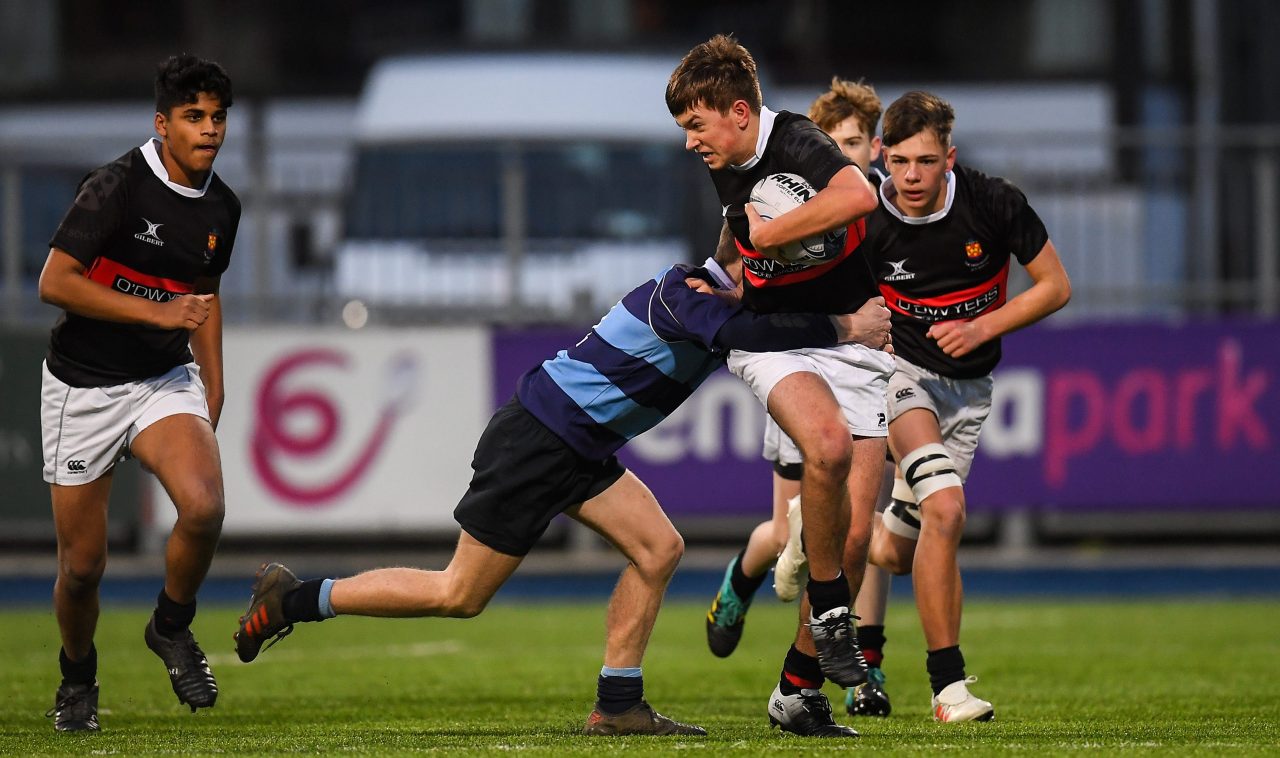 The High School were good value for their five-try victory over plucky Newpark in the Bank of Ireland Leinster Schools Fr Godfrey Cup first round yesterday.

The fireworks happened early when Newpark centre Ben Phelan stepped off his left foot for a sweet try at the end of a swift attack.

High School were not slow to seize on any openings, drawing a penalty for centre Eli Breen to strike from straight in front.

However, Newpark had plenty of pace with centre Harry O’Sullivan’s commanding attention and full-back Louis Perrem showing serious pace up the right.

The punch in attack had a cumulative effect in the lead up to Perrem knifing over for the second try for 10-3 in the 17th minute.

This was the signal for HS to hit back, their out-half Ross Molloy and wing Daragh McGrath both bursting over on the right.

This was improved again when prop Matteo Sanvito crashed over from close range for Breen to convert for 20-10 at the break.

Number eight Marcus Empey stretched the lead by powering to the line in the 40th minute.

That was the game right there, adding a fifth try by flanker Gowtham Yellapu, Breen converting.

The game was gone, but Newpark weren’t. They kept plugging away for centre Harry O’Sullivan to make the whitewash near the end.