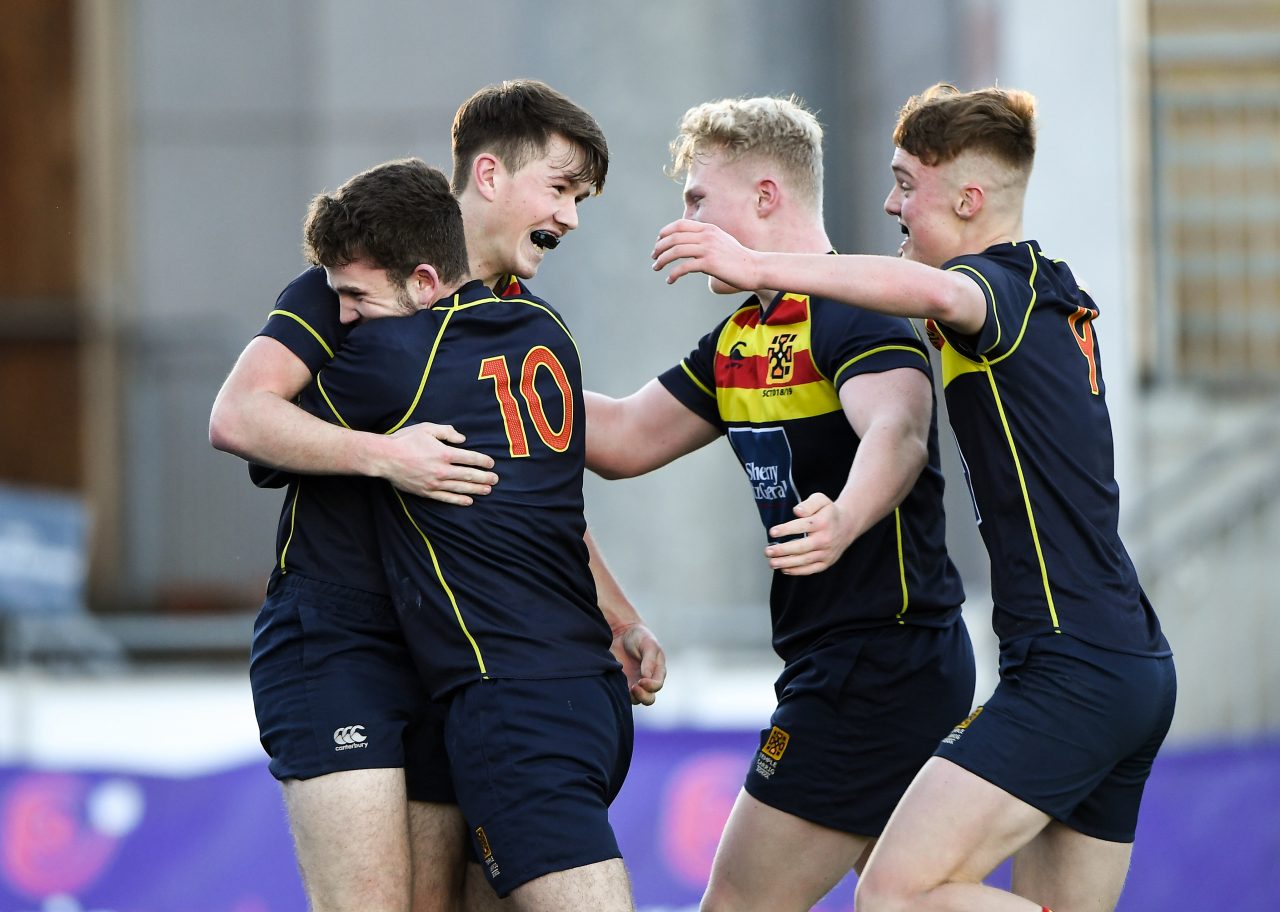 The High School and Temple Carrig booked their spots in the last four of the Bank of Ireland Vinnie Murray Cup today with wins at Energia Park.

The High School met Newpark Comprehensive in the first of the day’s two games, a tense affair, sealed late on thanks to the boot of Adam Killeen.

The centre kicked a 68th-minute penalty to put eight between the sides and ensure that Newpark would have to score twice in the closing stages.

Killeen had also opened the scoring early on with a penalty in the fifth minute which was quickly cancelled out by Newpark’s Peter Agnew.

Dan Walsh got the game’s only try in the 26th minute but it went unconverted, leaving the score 8-3 at the break in favour of the Rathgar outfit.

Newpark dug their heels in and managed to stop High School getting any further points on the board for long phases of the second half despite waves of attack.

The Blackrock school were unable to leave a big imprint on the opposite end of the field and eventually, the High School’s pressure told and Killeen was given the opportunity to slot the winning kick.

Next up in Donnybrook was an all-Wicklow contest between Temple Carrig and Pres Bray with bragging rights on offer.

Pres Bray started the better of the two and raced into a 12-3 lead in the first 20 minutes with tries from captain Chris Lawless and Peter Ford.

A Stephen Corry penalty extended their lead just before the break and Pres looked comfortable.

Temple Carrig, however, showed another level of grit in the second half and held Pres at bay for the second 35 minutes while Thade Shanahan took every opportunity to go for the posts that came his way.

The TCG full back kicked 11 points in total, eight in that nail-biting second half.

Cormac Coffey’s early second half try began the comeback for Temple Carrig, Shanahan added the extras to make it 15-10.

And they finally edged themselves in front in the 61st minute when Shanahan added his third penalty of the game, making it 16-10.

Replacement James Smartt put the icing on the cake in the final few minutes, flying into the corner for their second try of the afternoon.

Pres had one last push to try and snatch victory but TCG held firm and booked their place in the next round.