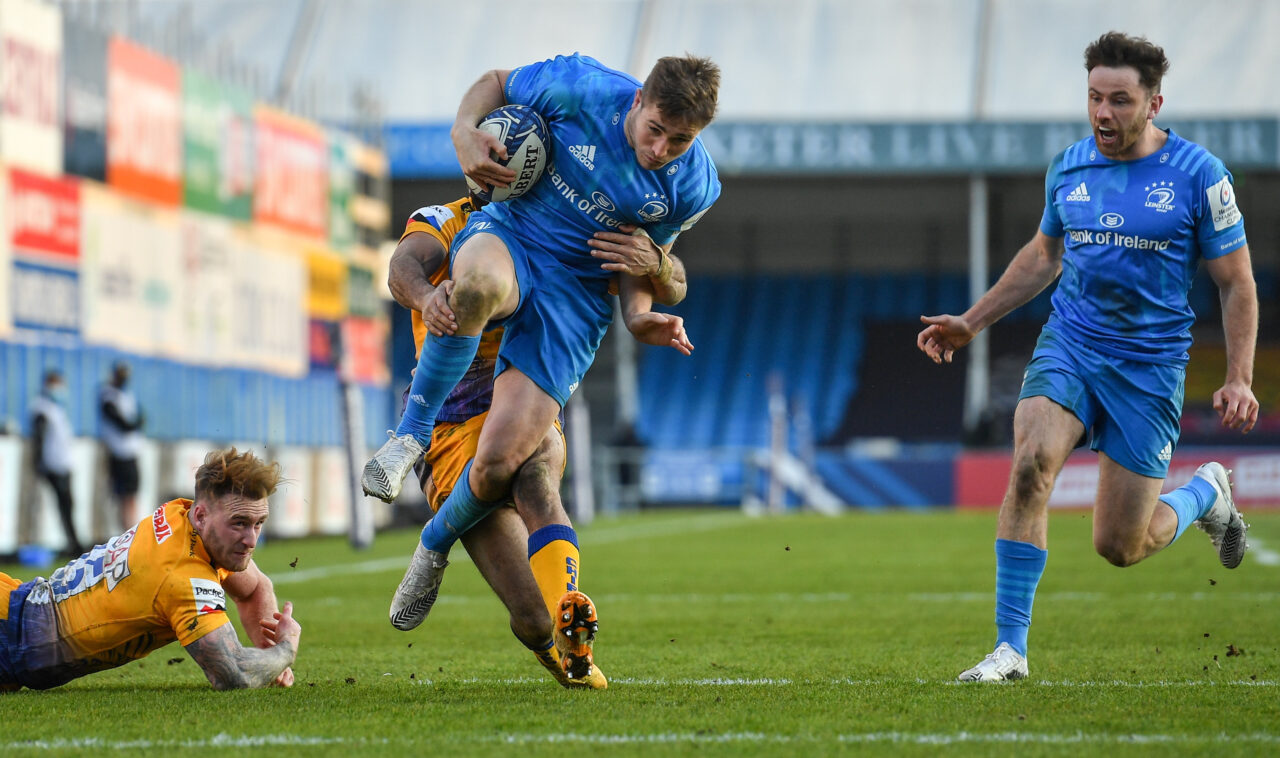 The home side got off to the best possible start with two converted tries inside the opening 10 minutes.

Despite the concession of two early scores, Leinster struck back with tries from James Lowe – who finished after a smart offload from Hugo Keenan – and Jordan Larmour.

Two penalties from Ross Byrne, an early replacement for Johnny Sexton, gave Leinster a six-point lead at the break.

Exeter struck next through Dave Ewers but another Larmour try and more accurate place-kicking from Byrne gave Leinster the win over last year’s European champions.