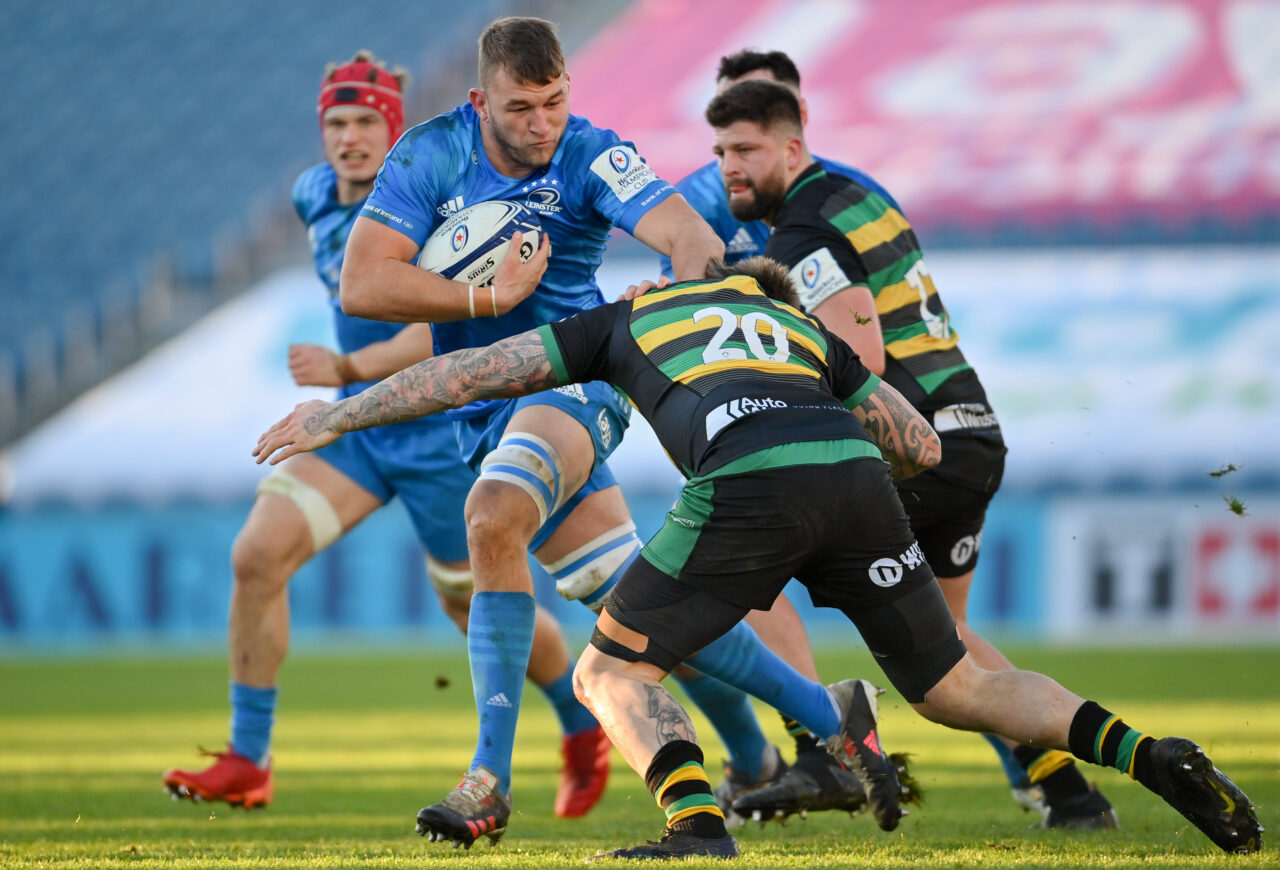 Leinster Rugby moved back to the top of Heineken Champions Cup Pool ‘A’ with a 35-19 bonus-point win over Northampton Saints at the RDS Arena on Saturday.

After a couple of injury-enforced changes to the starting XV before kick-off, Leo Cullen’s side made the ideal start to the when Josh Murphy scored his first European try inside the opening three minutes.

However, Northampton came back into the contest with a converted try from Fraser Dingwall to half the deficit.

Ross Byrne added a penalty for Leinster but Saints struck again through scrum-half Tom James to make it a 17-14 game.

There was still more to come in the first half, however, with Jamison Gibson-Park launching a pass out wide for Dave Kearney to score as Leinster attacked the Saints line with penalty advantage.

Leinster secured the bonus point just after half-time when Gibson-Park finished from 22 metres out.

From the restart, it was Gibson-Park’s box kick that was charged down for Nick Isiekwe to score and make it a 10-point game.

But a couple of penalties from Byrne helped Leinster to see the game out and make sure of maximum points from the opening two games of the European campaign.