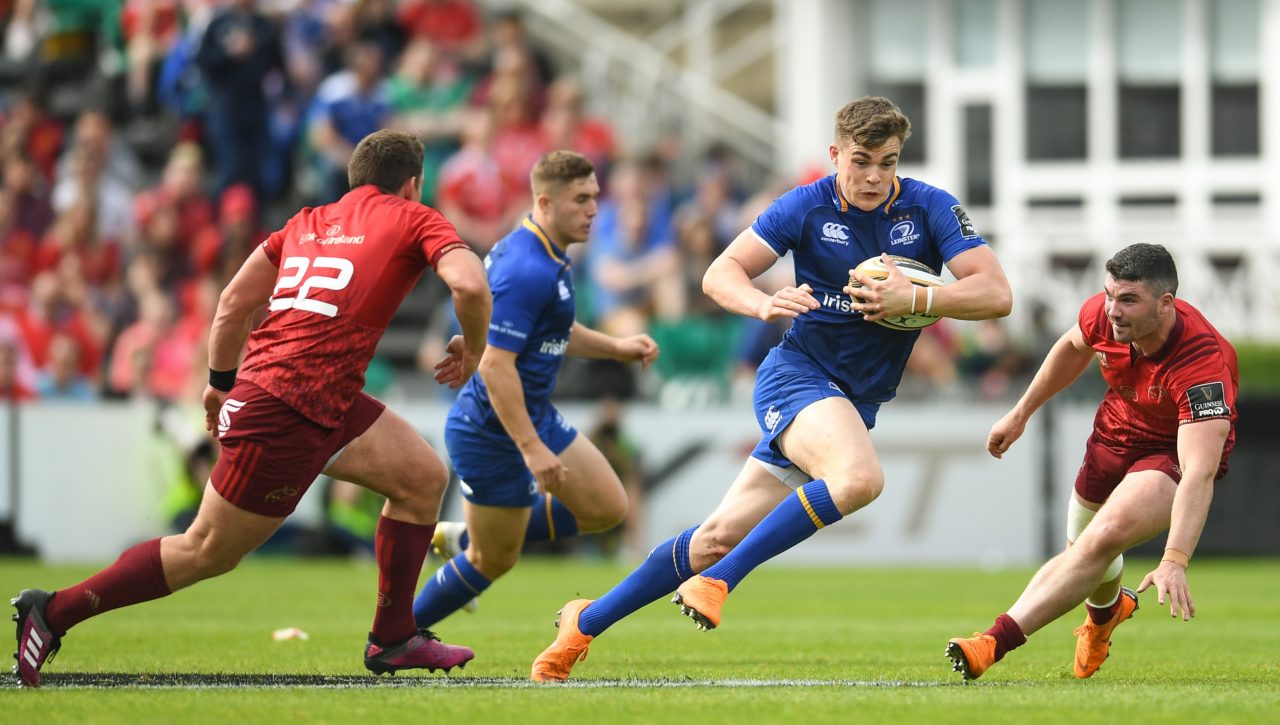 Leinster Rugby defeated Munster at the RDS Arena to claim a place in the Guinness PRO14 Final at Aviva Stadium this Saturday (KO 6pm).

An early try from Jack Conan after he collected a James Lowe offload put Leinster ahead 7-0 inside the opening 10 minutes.

JJ Hanrahan kicked a penalty to put Munster on the board, with Ross Byrne responding for Leinster three minutes later to make it 10-3 at the break.

Keith Earls scored Munster’s first try soon after the restart, with Byrne kicking another penalty to push Leinster’s lead from two to five.

The sides remained deadlocked until Joey Carbery knocked over a crucial penalty with four minutes to go to give Leinster an eight-point lead.

The game wasn’t over yet, though. Munster scored a try through Gerbrandt Grobler with two minutes to go, converted by Ian Keatley, to make it a one-point game.

With Munster on the charge, Max Deegan won a crucial penalty for Leinster to bring a breathless 80 minutes to an end.

Leinster Rugby Season Ticket holders received an email giving them exclusive access to Leinster Rugby’s ticket allocation for the final on Saturday evening. These tickets are available at a lower price than the general sale and will be available for a limited time before they are released for general sale.

Tickets for the Guinness PRO14 Final are on general sale here.

To make sure you’re at every big match next season and to get access to exclusive pre-sales, get your 2018/19 Leinster Rugby Season Ticket.