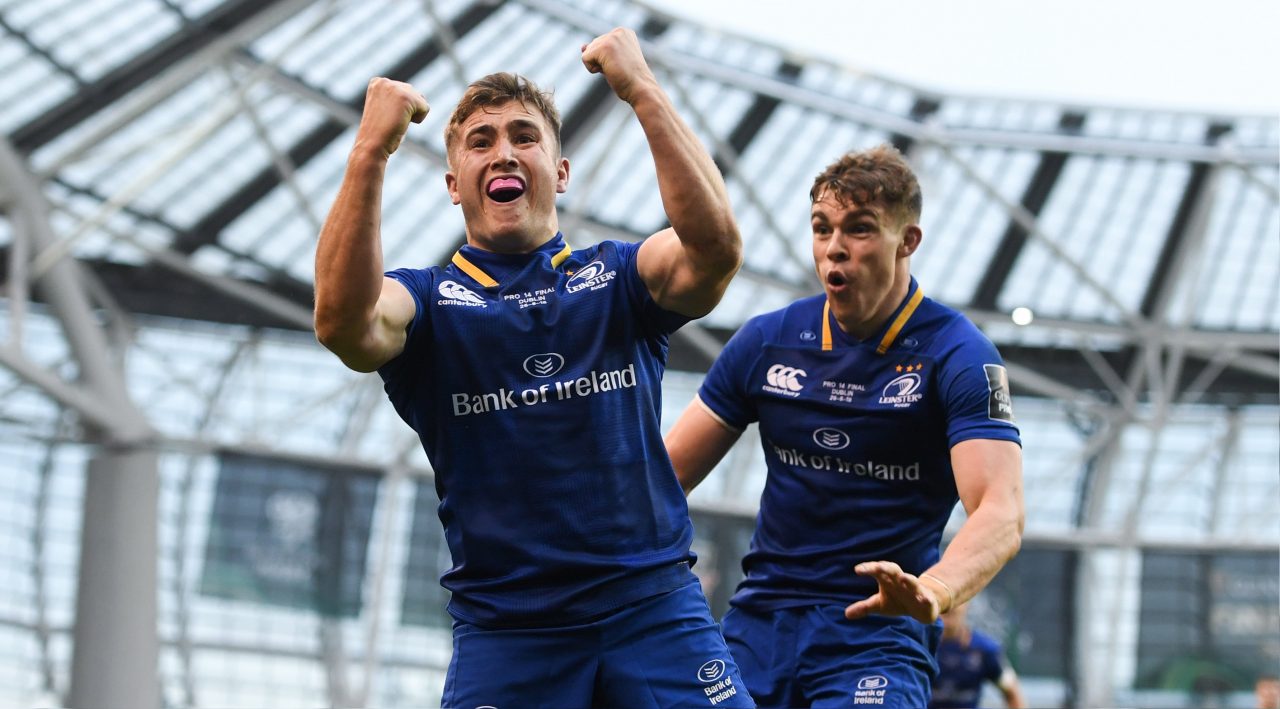 Leinster Rugby claimed a historic double on Saturday at Aviva Stadium, defeating Scarlets to become the first side to win a Guinness PRO14 title and Champions Cup/Heineken Cup in the same season.

This was the fourth meeting between the two sides this season with Leinster facing Scarlets in the semi-finals of the Champions Cup at the same venue back in April. Supporters were treated to a scintillating performance that day with Leo Cullen’s men coming out on top in a 54-point contest.

Saturday’s final topped that with Leinster building a 40-18 lead with fewer than three minutes remaining.

The sides exchanged penalties in the opening 25 minutes of the match, Johnny Sexton kicking three and Leigh Halfpenny two.

The first try of the game came after Devin Toner powered over on 29 minutes with some help from Jack Conan and Dan Leavy after an extended spell of Leinster pressure at the Scarlets line.

Johnny McNicholl responded five minutes later but Leinster would have the final say of the half – and a 10-point lead – when James Lowe dotted down off a well-worked move from a Leinster scrum.

The next score would be crucial and it was Leinster that got it when Seán Cronin broke away from the back of a maul to go over in the corner, with Sexton kicking a tricky conversion from the right touchline.

Leinster were motoring at this stage, but the best was yet to come from Jordan Larmour. The St Andrew’s College man showed great awareness, pace and poise to chase down his own kick and scoop up the ball with one hand to leave his mark on a thrilling final.

McNicholl scored his second despite the intervention of Garry Ringrose a few minutes later, but Leinster were quick to respond. Joey Carbery skated between two Scarlets defenders to release Luke McGrath. He then found Conan who went over between the posts to secure the result.

Scarlets scored two late tries to bring the final score to 40-32, but it was five-try Leinster who claimed the PRO14 trophy and a place in history.

Live a little and join next season’s epic adventure with a Leinster Rugby 2018/19 Season Ticket.