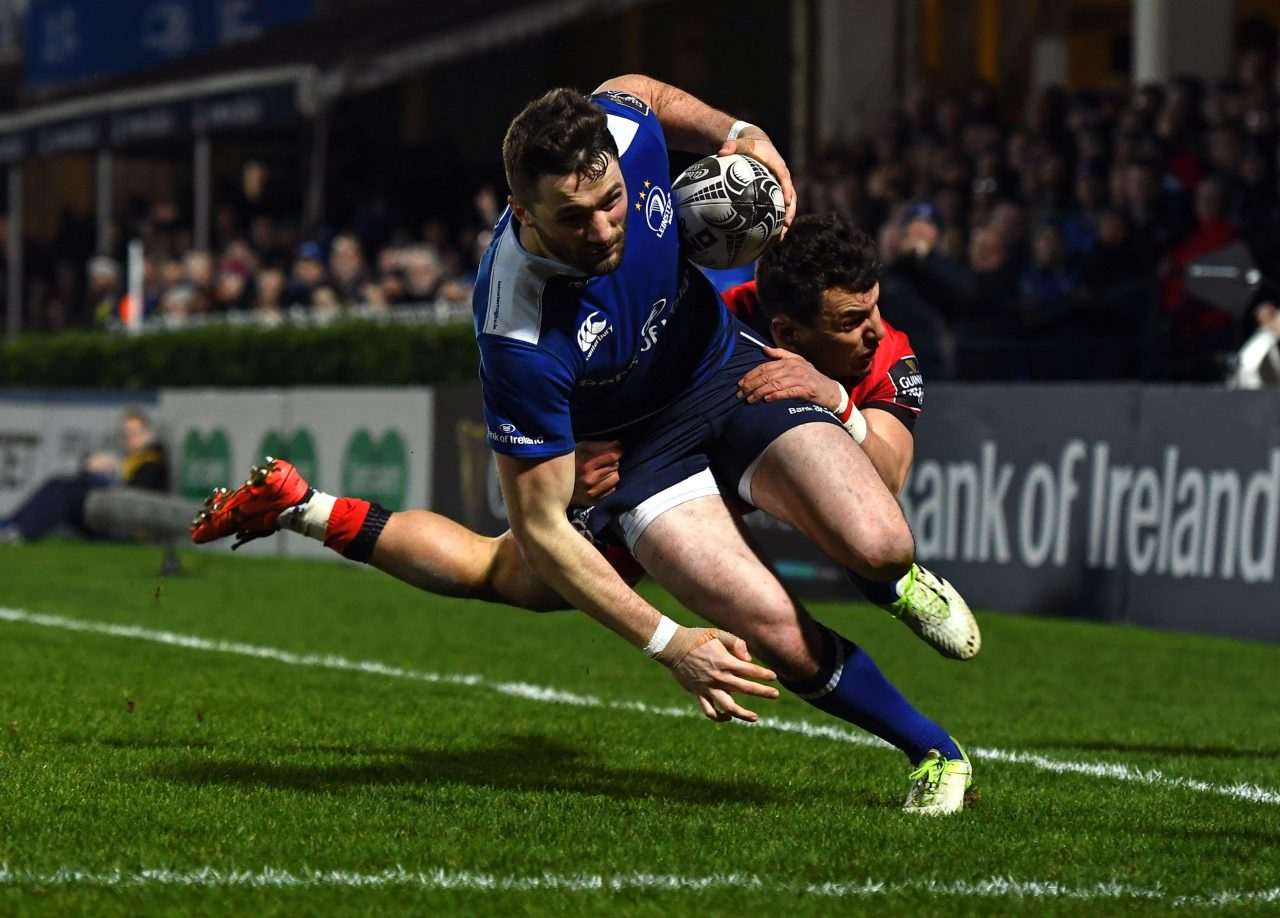 Leinster scored six tries in a 39-10 bonus point win over Edinburgh at the RDS Arena on Friday, which moved the team to the top of the Guinness PRO12 table ahead of the rest of the weekend’s action.

In a game which saw several players go off with injuries, the province struck first through Barry Daly after Dan Leavy, who was on as an early replacement for Dominic Ryan, surged into the Edinburgh 22.

Leinster went on to score five second half tries, with Joey Carbery grabbing a brace, and Daly also getting his second in the 55th minute to supplement efforts from Leavy and Bryan Byrne.

Get tickets for Leinster v Scarlets from €20 at Ticketmaster.