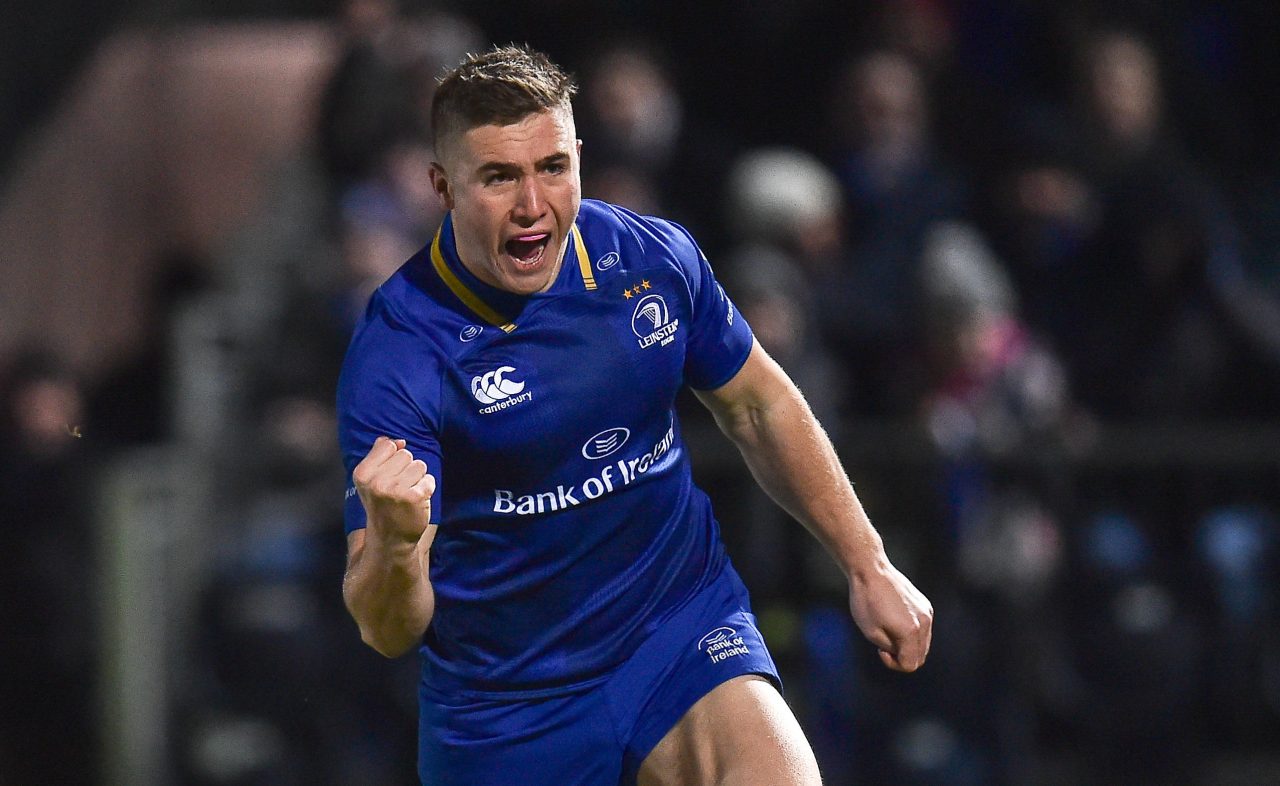 Leinster Rugby made it three Interprovincial derby wins in a row in the Guinness PRO14 with a 38-7 bonus point win over Ulster Rugby at the RDS Arena on Saturday.

Leo Cullen’s men got off to the best possible start when Jordan Larmour continued his fantastic run of form with a try five minutes in.

Barry Daly scored Leinster’s second try 10 minutes later to give the province a 12-0 lead at the half-time break.

Leinster started the second period as they began the first, this time Fergus McFadden crossed for the third try of the game.

McFadden’s second, the bonus point try, came just four minutes later after a fantastic turnover from Robbie Henshaw in the Leinster 22. That was followed by a rampaging break from Andrew Porter which ended with the right wing running in unopposed from inside his own half.

Man of the Match Larmour went over in the corner after some great hands from Henshaw to extend the lead further in the 66th minute.

Ulster scored a consolation try in the final few minutes through Jacob Stockdale, but it was Leinster who would have the final say after some good work from Jordi Murphy, Noel Reid and Max Deegan sent Johnny Sexton over after the clock had gone red.

European rugby returns to the RDS Arena this Sunday when Leinster face Glasgow Warriors in a crucial Pool 3 clash. Tickets are on sale now from €32.50 for adults and €10 for kids.