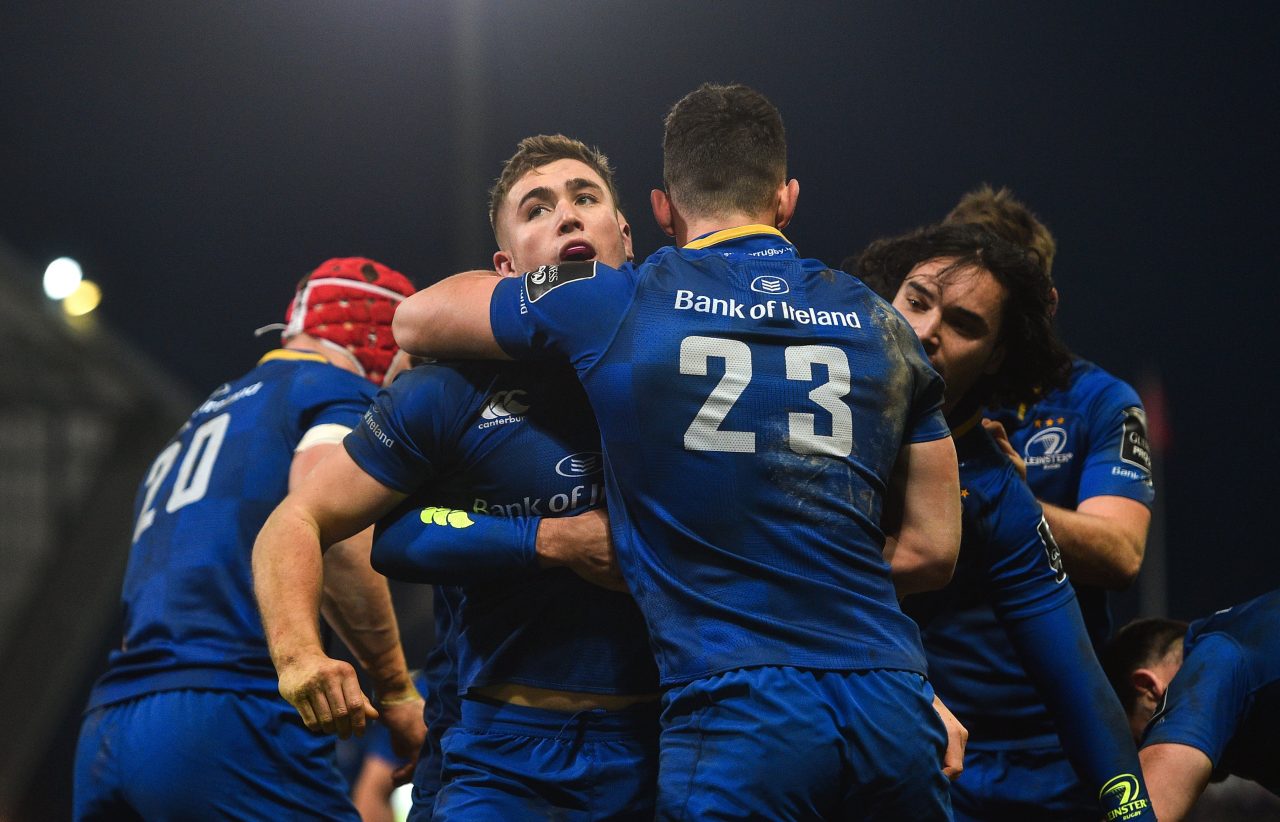 Leinster Rugby made it two wins from two over Munster in the Guinness PRO14 this season with a bonus point victory at Thomond Park on St Stephen’s Day.

Dan Leavy scored Leinster’s first try of the day in the 8th-minute after a clever Ross Byrne crossfield kick at the end of some good play and a break from Jordan Larmour.

Penalties from Byrne either side of that try had Leinster 13 points ahead with as many minutes played.

Conor Murray struck back for Munster, but three minutes later Leo Cullen’s men were awarded a penalty try after Andrew Conway put an early tackle in on James Lowe as the Maori All Black looked set to get on the end of a kick put into the Munster in-goal area.

With Conway in the bin, Leinster capped off a stunning first half display with a try from Robbie Henshaw two minutes later to make it 5-27 at half-time.

The Munster comeback began five minutes into the second period with Ian Keatley converting his own try. Then Conway scored to make it 19-27 and it was game on.

After two quickfire tries Leinster managed to keep Munster at bay with the next score coming from Larmour’s incredible counter-attacking run from just outside his own 22, which you have no doubt seen already.

Conway got his second with four minutes to go to claim a try bonus point for Munster but it was Leinster that left with maximum points, picking up a crucial win in pursuit of top spot in PRO14 Conference B.

Then on Saturday, 6th January, Leinster are back at the RDS again to face Ulster in a massive Conference B clash (KO 5.35pm). Tickets are available from €32/10.