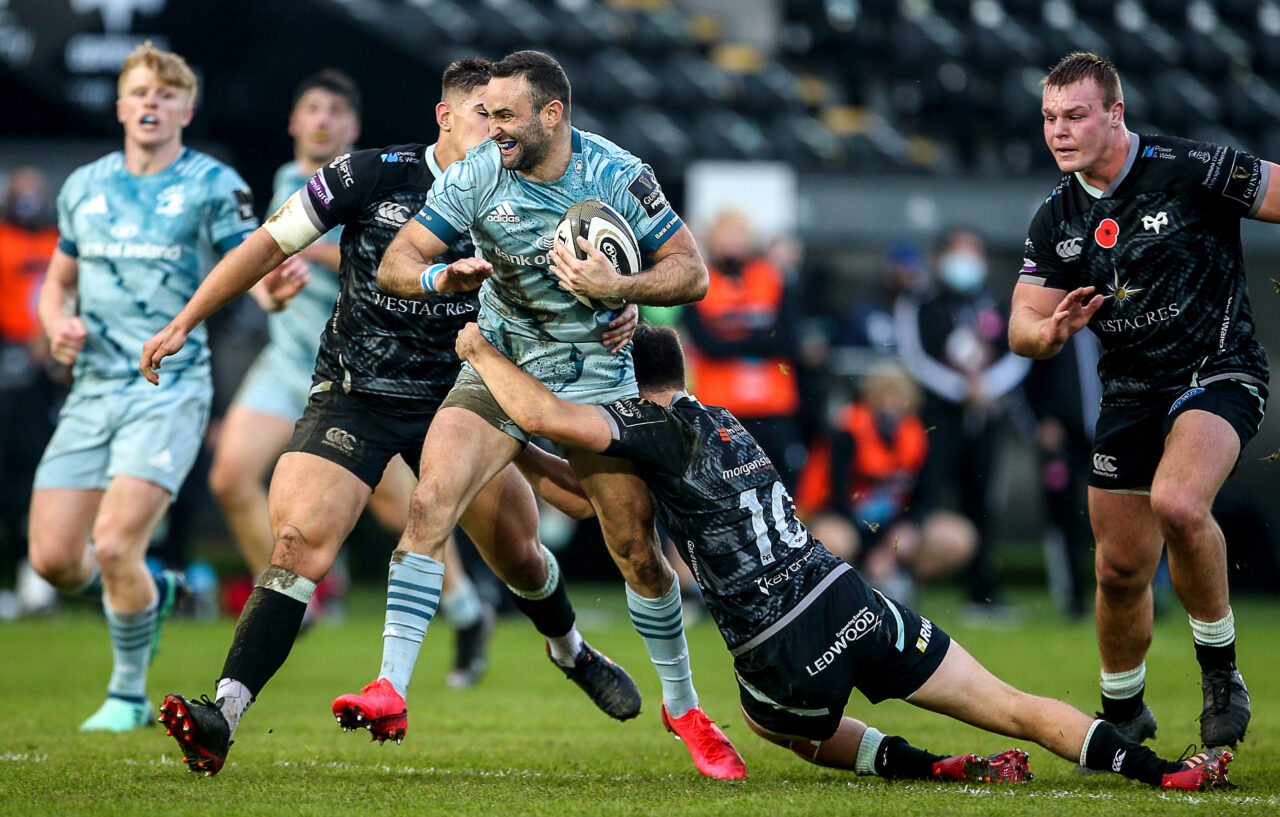 Leinster Rugby retained top spot in Guinness PRO14 Conference A with a bonus-point win over Ospreys at the Liberty Stadium on Sunday.

The hosts were awarded a penalty try early on, but Leinster responded through James Tracy’s try and Harry Byrne’s conversion to level matters.

It was Tracy’s quick reactions after an overthrown Ospreys lineout which ultimately led to Rory O’Loughlin breaking down the left flank and combining with Jimmy O’Brien to send Dave Kearney over.

Scott Penny added a third try for Leinster before the break, with Peter Dooley powering over for the fourth try to secure the province’s fifth bonus-point win in a row.