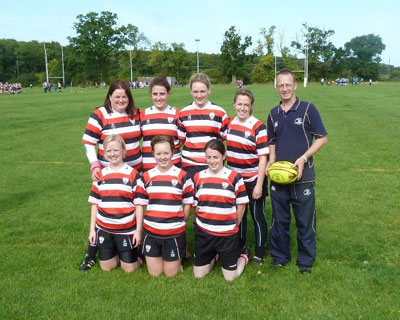 The newly formed team took part in a blitz organised by Leinster Women’s Rugby to launch their new season.

Over 20 Women’s teams from four Divisions in the province played in a series of short games throughout the morning and afternoon. Enniscorthy were one of four teams playing for the first time along with Edenderry, Kilkenny and Mullingar.

The new women’s team trains every Wednesday at 8pm in Enniscorthy rugby club on the Ross Road. We are also in the process of setting up Mini’s girls and Youths teams. If you are interested in playing or need more information, please contact David Ryan, Club Community Rugby Officer for Leinster Rugby in Enniscorthy on 087-6277099.