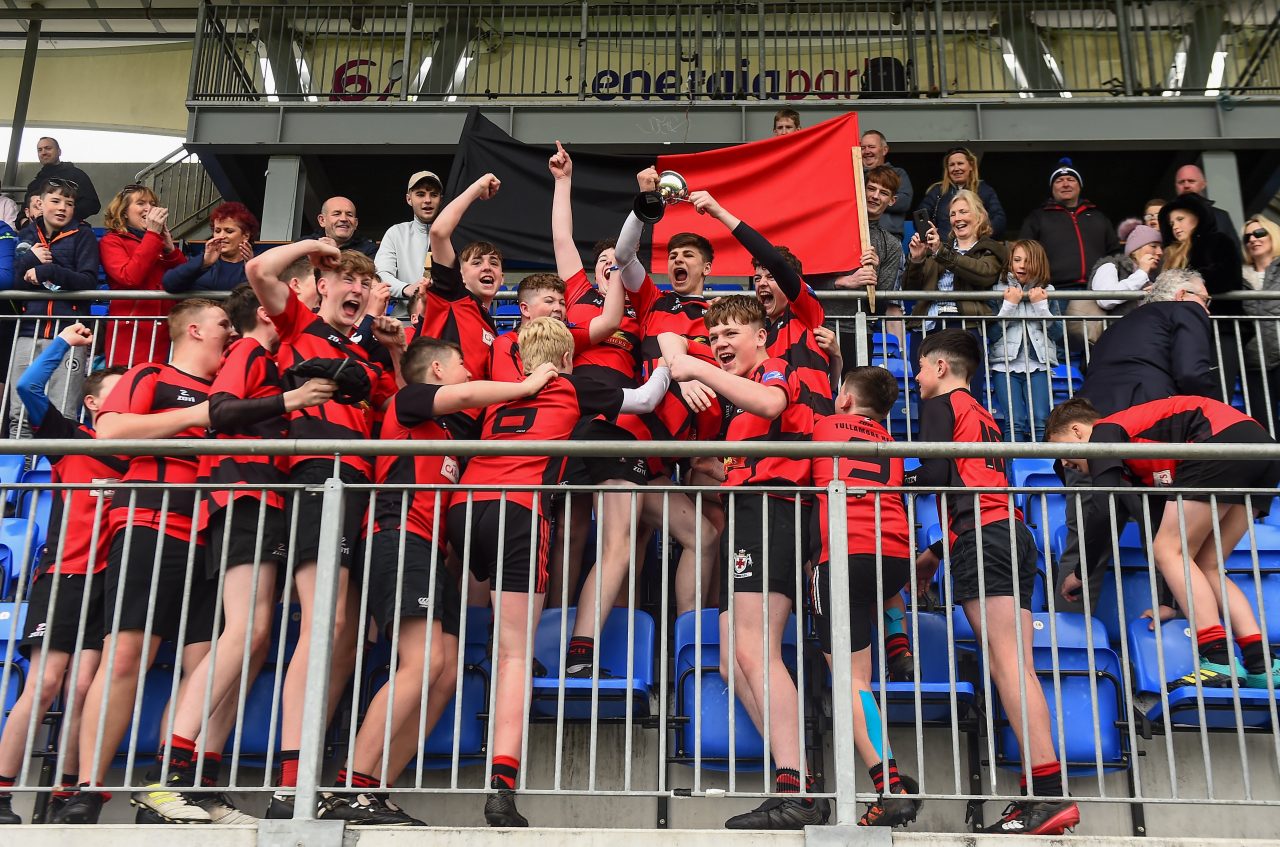 Leinster Rugby Youths Committee are responsible for the organisation and delivery of Leagues and Cups across all age-grades in both youths boys and girls rugby between the competition ages of Under-13 to Under-18. These competitions take place on Saturdays (Leinster Leagues/Cups) and Sundays (Schools/Youths Leagues/Cups) with some 66 competitions involving over 7,500 players. In many cases the cups are named in recognition of luminaries who have given significant voluntary commitment to the development of age grade rugby throughout the province. These include:

In the early 1980s, Sean Stratton started youths/mini rugby at the De La Salle grounds in Clonskeagh. An early leader in the development of youths/mini rugby, he was a stalwart in DLSP when they moved to their new grounds Kirwan Park. Despite retiring from the day job in the mid-1980s, Sean continued his dedication to the promotion of rugby at DLSP for many years, serving on the Metro Committees as a representative of the Club. Sean’s memory lives on through the Sean Stratton Cup which is presented to the Under18 Premier Champions.

Tom D’Arcy Cup (Under-18 Cup)
The  development of rugby in the 1980s and early 1990s in North Kildare and the North Midlands invariably included  reference to the work of Tom D’Arcy. His work in the club saw him nominated as a member of the North Midlands Area Committee where he served as a member and ultimately Chairman for several years. As Chairman, he represented the area on the Leinster Executive Committee becoming President for the 1992/93 season. With the development of underage rugby in the early 1980s, Tom D’Arcy was not found wanting as he led the team responsible for the introduction of mini and youths rugby into the Leixlip and Maynooth area. This work resulted in a dynamic programme in the local area bringing large numbers of new players to the club. Tom’s commitment to rugby is memorialised in the D’Arcy Cup which is awarded to the Under-18 knockout competition winners.

Michael Culliton, an employee at the Smithwicks Brewery, was a regular at Kilkenny Rugby Club during the 1940s, 50s, and 60s when he frequently drove the then Secretary, Harry Lewis, to games throughout the province. Around 1970, Michael’s support for rugby at youth level in Kilkenny saw him present a cup for an annual four-team challenge at Kilkenny RFC. Between 1970-73, the cup was contested in Kilkenny RFC, with clubs from the area including Kilkenny, Co Carlow, Wexford, Enniscorthy and Birr taking part in an Under-17 tournament for the new Culliton Cup. Michael passed away in 1973. Following his passing, Kilkenny RFC agreed to sponsor the Culliton Cup to be played at Under-17 in Leinster. Roscrea won the first three outings (1974-76) followed by Balbriggan in 1977. The initial cup final was a precursor to the Leinster Senior Cup game at Lansdowne Road. The cup has been contested annually since. For a period in the 1980s, the cup was for Under-18s before reverting to Under-17s in the early 2000s following the change of eligibility date from 1 July to 1 January mid season. 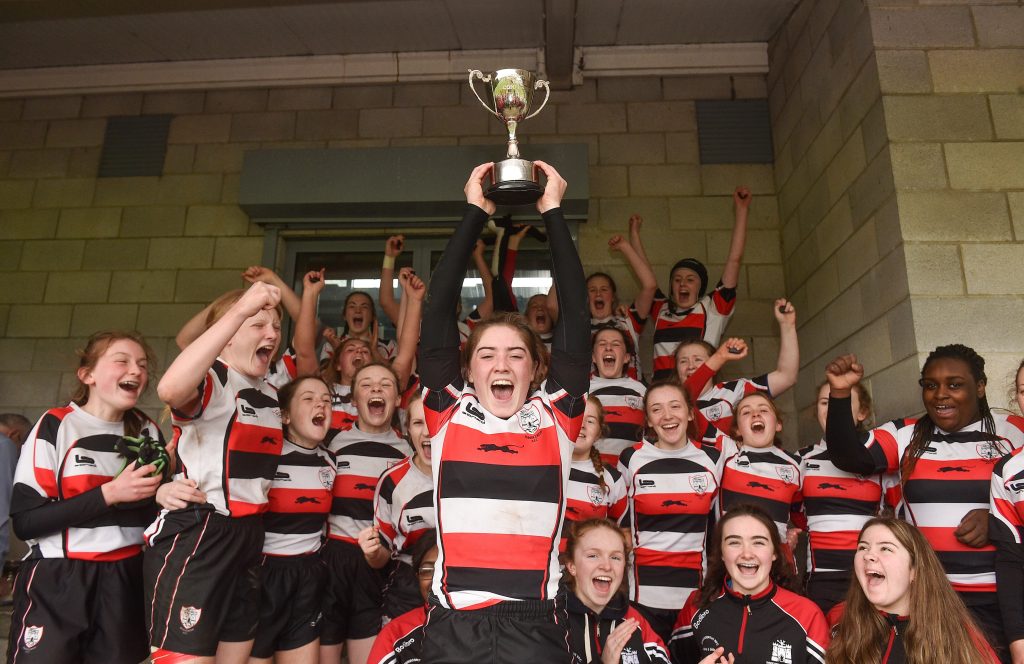 Noeleen Spain never played the game, but she played a significant role in the development of the girls game at both youth and mini level. Encouraging her daughter to participate, she drove Jess to games throughout her involvement at mini level where she played with the boys. On reaching 12, Jess had nowhere to go so Noeleen drove her to Ulster where the girls game was being developed. In the meantime, she worked hard to encourage the powers in Leinster Womens Rugby to expand the game to the younger generation. Mary Quinn and Noeleen succeeded in their efforts. Girls rugby is now growing in strength with league and cup competitions at Under-14, -16 and -18 along with significant growth at Under-10 and -12s. The Noeleen Spain Cup will be awarded for the first time in 2019.

As a parent who wanted to encourage his boys to enjoy rugby, John initially became involved with Malahide RFC’s efforts to create a mini and youths programme at the club. John worked with a small dedicated group of parents moving through the underage section to train youths rugby. John and his colleagues provided rugby for those leaving mini-rugby but not progressing to the traditional rugby schools. This required them to engage with the local schools and to promote the game in the greater Malahide area. Quickly the club developed a very successful programme enabling the local boys to mix with players not selected for the Schools Cup sides, making Malahide a very competitive club. John served as Club Secretary while continuing his commitment to age-grade rugby representing the club on the Metro Area Committee before joining the Leinster Youths Committee. Here John took on the challenge of managing the Under-17 School/Youths Competitions for many years before his sudden death in his early-60s. His contribution is memorialised with the presentation of the John Ward Cup for the winning side in the annual schools/youths cup.

Maurice Mc Auley was a prominent member of the reformed Balbriggan club and played an active part in supporting the hard work of those endeavouring to create a youths structure at the club while supporting the Senior sides through the provision of changing facilities at the Grand Hotel in Balbriggan. His work was recognised when he was honoured as President of the Club (1974-1978). During this period, Maurice presented the McAuley Cup to the North East to encourage junior clubs to come back early in preparation for the upcoming Provincial Towns Cup. He also recognised the need to encourage the youths game and to support the hard work being done by the embryonic Youths Committee. The Youths Under-15 Cup which he presented is now awarded annually in his honour. 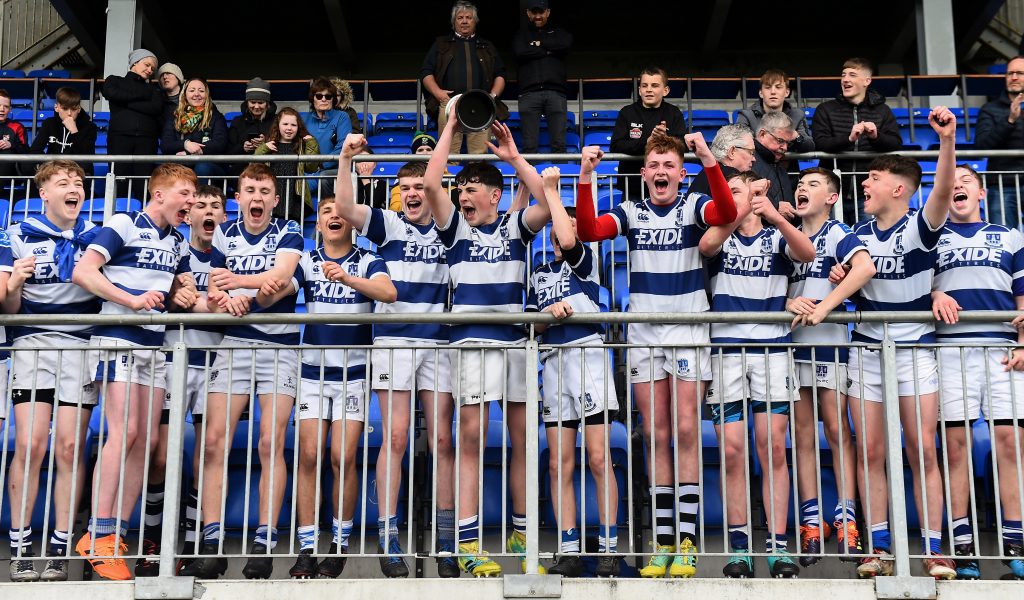 Ciaran was first introduced to rugby at the ripe old age of six. He played his rugby at Navan RFC until he retired. Recognising the benefits from participation in the game, Ciaran returned to the club as a mini coach. He led a team of dedicated parents working with the children initially at Under-7s. Taking the Leinster Coaching Development Programme, Ciaran moved to coaching youths rugby at Under-13 and -14s. Unfortunately Ciaran’s commitment to rugby ended with his sad passing at 46. Navan RFC recognised his contribution to the game and proposed that a new award the “Ciaran Conlon Cup” be created in his honour. In its inaugural year, the Under-15 Ciaran Conlon Cup winners were Navan RFC a great achievement by the players in honour of their former coach.

The legend of Brian Coyle and his involvement in youths/mini rugby would take a significant chapter on its own. Brian Coyle a stalwart at Navan Rugby Club was not only involved in the development of underage rugby at his local club but represented them at the North East Area Committee and in turn the Leinster Youths Committee. During his time on the committee, Brian acted as Honorary Secretary, Chairman and, unofficially, as archivist. His eye for detail is reflected in the volumes of detailed papers he saved recording competition details as well as activities in Youth rugby. The Coyle Cup initially awarded for the Under-11s Leinster Blitz is now awarded to the Under-14 Premier League Winners

Tom Kettle is a true legend in Balbriggan and Leinster rugby. He played his rugby with Delvin RFC in the 1950s and early 1960s. Once his playing career ended, he migrated into administration becoming Honorary Secretary of Delvin RFC in the ’60s. Outside of the adult club game, underage rugby was almost entirely restricted to rugby playing schools. Tom Kettle, with others, began to develop underage rugby in Balbriggan outside the confines of this schools network. This was novel not least in that they started coaching children, who today would be minis rugby players. He coached Balbriggan RFC to victory in the Under-17 Culliton Cup in Lansdowne Road in 1977. He went on to establish the Youth Committee in Leinster Rugby and became the first Honorary Secretary.

One of the early pioneers of the youth and mini system in Leinster was David O’Daly. O’Daly was a former Navan player who, early on, saw the value of developing the game at youths level. He was involved as Registrar of the Youth Committee of the Leinster Branch during those early years of youth rugby. He was also a representative of Navan on the North East Leinster Branch, serving as Chairman, Secretary and Treasurer of the North East Committee while working on developing youth rugby. In 1974, David O’Daly put forward the O’Daly Cup to encourage competition and engagement with underage rugby. Initially this was for Under12s, the cup is now presented to the winners of the Under-13 Premier Division following the removal of competition at mini level. He is still remembered at Under-12 level with the O’Daly Festival, a festival of rugby that is run on an annual basis in Leinster.

This cup which has been presented by the Metro Area in recognition of the years of input by George into his club, Barnhall, the Metro Area and Leinster Youths Committees. Apart from being the face of youth and mini rugby at Barnhall, George was always there whenever there was an event at Barnhall. George was particularly prominent when Barnhall hosted events on behalf of the Leinster Branch. Having been a player, coach, and mentor at the club, George went on to represent his club on the Metro Committee which he chaired, and on the Leinster Youths Committee which he presided over on two occasions. His contribution to the Leinster Youths Committee included his participation in the Transfer Committee, as well as managing the Under-13 Sunday Leagues. This required the management of the transition of mini players to the full-size pitch. Preliminary leagues followed by competitive games for the 40-plus teams required near full-time commitment. George delivered year after year and is now recognised with the George Furlong Cup for Schools Youths Under-13s. 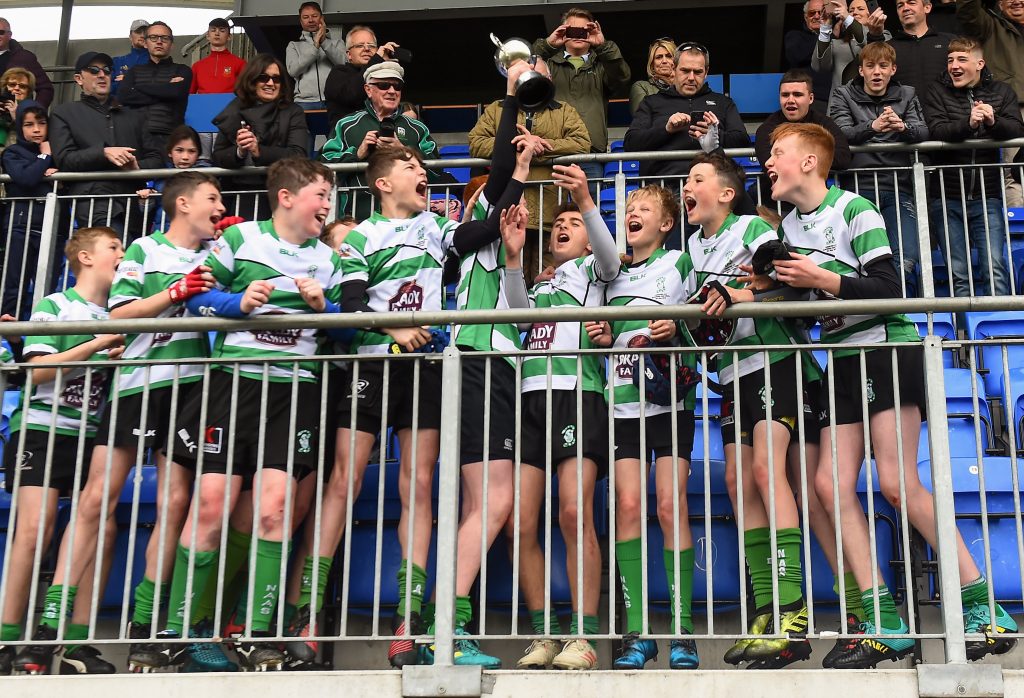 GL McGowan was a member of the Balbriggan side who won the Provincial Towns Cup in 1928. He went on to play with Balbriggan for a few years before they folded in the mid-30s. He was one of the founders of Delvin RFC in the early 1950s and became their one and only President until he returned to help the reformed Balbriggan RFC in 1969. Given his history and achievements with Balbriggan RFC, it was appropriate that he become the first president of the reformed club, a position he held until his death in 1971. In order to assist in the development of greater inter-club competition, GL presented a cup to Leinster Rugby to be played annually. The competition, in 1970, was initially for Under-12s. The idea was to have a one-day event for the four clubs who accepted the challenge. Due to poor weather it ran to a second weekend with Co. Carlow winning out. From this modest start youths rugby began to flourish. This cup is now awarded for Under-13s, contested by the provincial clubs with the final being held at Energia Park.