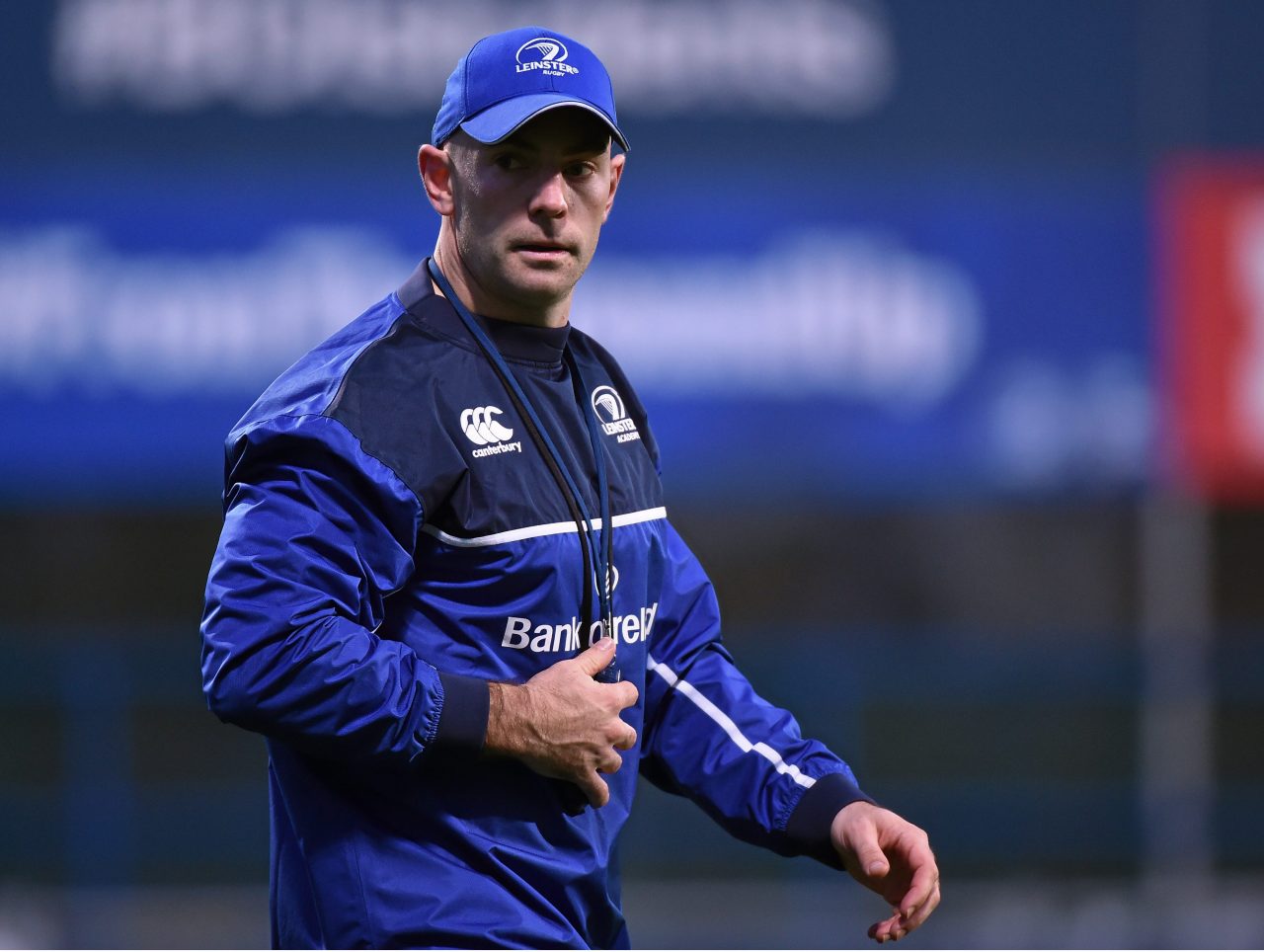 Ahead of the ‘A’ team’s game against Moseley in Donnybrook on Friday evening (KO 7.30pm), Hugh Hogan spoke about the challenge the Birmingham side pose and last week’s win over Rotherham.

Leinster ‘A’ got their British & Irish Cup campaign off to a winning start away to Rotherham Titans last week.

A Ross Byrne drop goal in the 73rd minute secured a 12-9 victory in some poor weather conditions, with the ‘A’ team putting in a strong defensive performance to pick up the win.

While that defensive effort was one of the stand out aspects of the game for ‘A’ team coach Hugh Hogan, going away in the first pool game to a strong Rotherham side and claiming the win in difficult conditions showed the willingness of the squad to work hard for each other.

“We were delighted to get the win,” Hogan said,”but I suppose the most pleasing aspect was the way we went about it.

“We spoke during the week about the challenge of the first game away from home against a very strong Rotherham team and the physical challenge that presented. Rotherham are a very good side; they’ve strong ball carriers, with an excellent scrum and maul, and they’re very well organised. We knew that would present a big challenge. The defensive effort the guys showed, and also the identity that they put on the field as a team of guys who really wanted to work for one another, were probably the most pleasing aspects.”

Leinster ‘A’ also had to deal with going to down to 14 men when out-half Byrne was shown a yellow card for repeated team infringements.

Despite this, the ‘A’ team claimed six points from the boot of Steve Crosbie in that 10-minute sin bin period and repelled the Rotherham attack.

“Stevie Crosbie slotted in at first receiver from 12 really well (when Byrne was sin binned) and put us in the right areas of the pitch. We actually managed to force a couple of penalties to score twice ourselves during that period as well. The second side of the defensive effort probably came in the second half when the weather was probably a bit worse and Rotherham put us under pressure in our own third of the field. The last play of the game was them kicking to the corner and three continuous minutes of us defending, knowing that if we coughed up a penalty we’d at least be drawing the game, if not worse.” 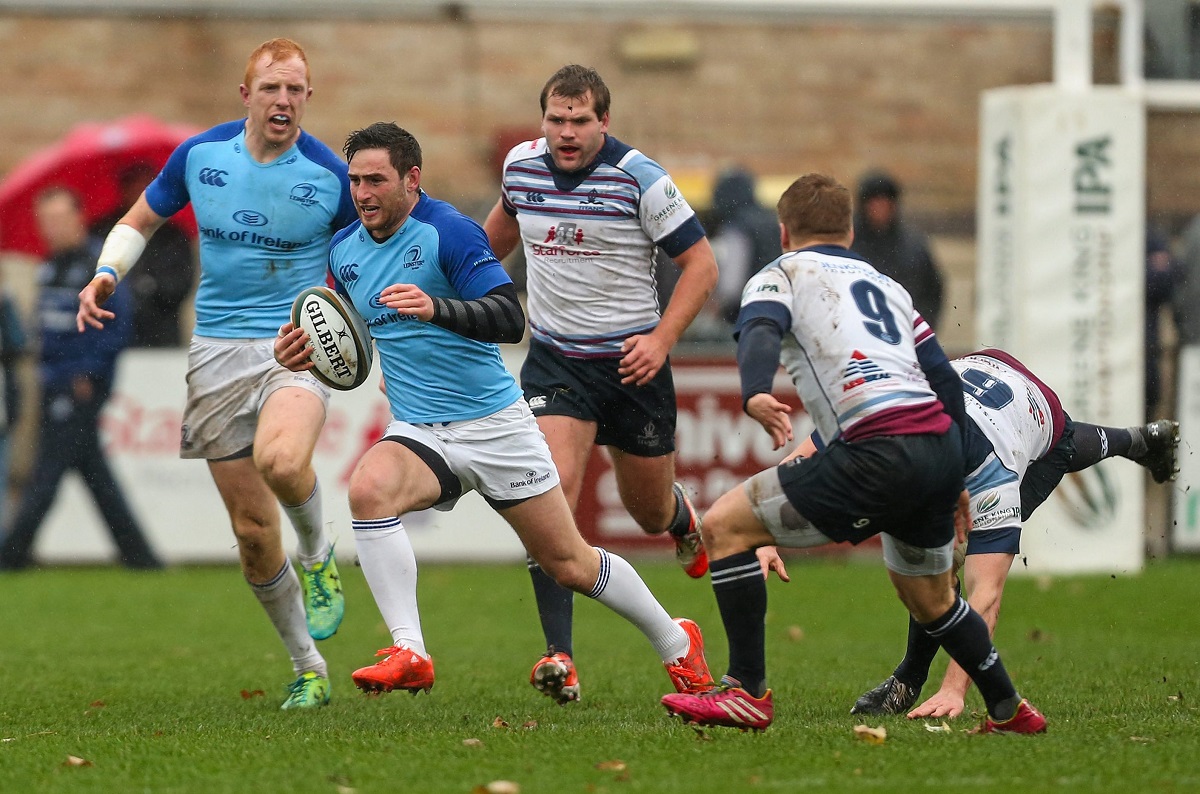 But the ‘A’ team defence held firm and claimed a valuable away win in their opening B&I Cup match of the season.

That defence will face another stern challenge this weekend against a Moseley team which scored five tries in a 37-31 win over Ealing Trailfinders in the other Pool 1 fixture.

Moseley trailed 31-5 at half-time but staged a remarkable second half comeback to claim the win.

Leinster supporters will remember Moseley visiting Donnybrook back in August for a pre-season friendly and conceding 68 points. The ‘A’ team also have recent history with Moseley, facing them in the pool stage of their title-winning 2013/14 campaign, winning both fixtures (22-24 at Billesley Common, 23-13 at Donnybrook).

Hogan knows, though, that given their recent performances in the B&I Cup and RFU Championship that the English side will be no pushovers.

“Moseley have gone well in their last couple of games. We certainly expect a tough challenge from them. They’ve eight guys starting from the team that played our seniors back in August, but they’ve being very consistent in their selection over the last number of weeks. They’ve shown their intent with the side they’ve selected for tonight as well. Their last two games they’ve had come-from-behind victories. Against the Cornish Pirates they scored with the last play of the game to win, and they came back from a reasonably big deficit against Ealing on the weekend to win. We know they’re a side that will play for 80 minutes and they’ve picked a team to come here and get a result.” 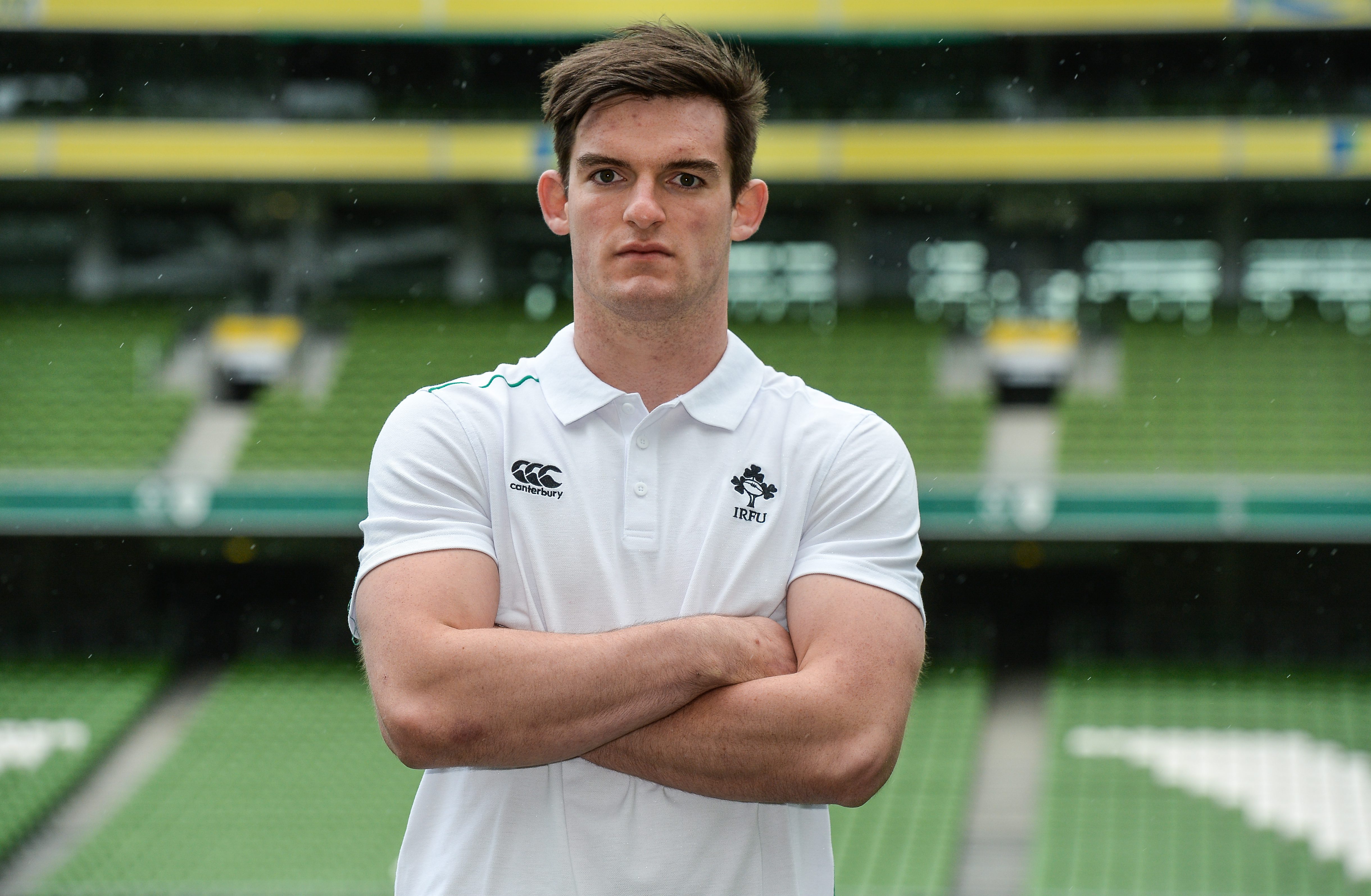 Looking to make it two wins from two tonight is an ‘A’ team with Guinness PRO12, European and international experience; Tadhg Furlong went to the World Cup with Ireland, and Tom Daly and Adam Byrne have just returned from competing with the Ireland Men’s Sevens squad at a tournament in Spain.

“There are guys in our team who have had that PRO12 experience, and obviously it’s a knock-on effect of having guys gone during the World Cup period. It’s an excellent opportunity for them to get out in the Leinster jersey and perform as a group again. We’re fortunate to have the likes of Tadhg (Furlong) come back in, and he’s been a really positive influence in the group this week. Tom Daly and Adam Byrne were away with the Irish Sevens last weekend and they come back into the team as well. It’s a good mix of guys who have had that taste of PRO12 and higher level experience, and younger guys who are chomping at the bit.”

Those players will be looking to take advantage of the fast track in Donnybrook to play an expansive game on a surface which Hogan says the players look forward to playing on.

Leinster ‘A’ face Moseley RFC in Donnybrook on Friday evening (KO 7.30pm). Tickets are on sale from Ticketmaster.

Tickets can also be purchased on the gate: