Hogan: “There is no Better Challenge Than Munster in Cork” 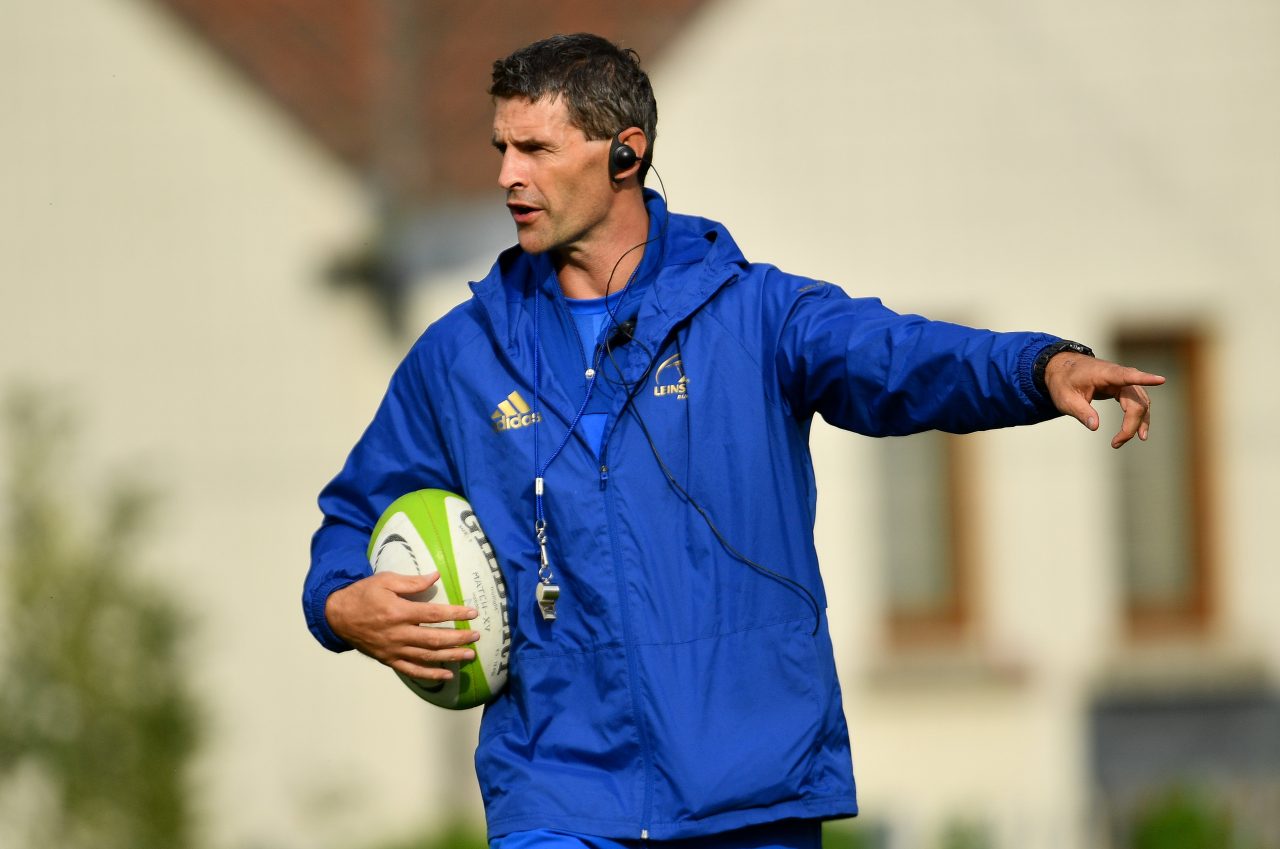 Ahead of this evening’s Round 3, Celtic Cup tie against Munster ‘A’, Leinster ‘A’ coach Trevor Hogan has given a squad update and also his thoughts ahead of the game as Leinster ‘A’ go in search of their third straight win of the season (Kick Off: 7.30pm – Irish Independent Park).

Hogan, who coaches the team along with Simon Broughton and head coach Noel McNamara, has been happy with the two performances to date but sees room for improvement.

“It’s a great challenge playing Munster down there and one that the lads are relishing. The real challenge now is how to back up two very promising performances over the last couple of weeks. There are certainly lots of things for them to work on and to hopefully keep improving which is really the aim of this competition.

“Players develop faster and hopefully they get a taste for what a professional competition and playing it it looks like.”

The Leinster Rugby Provincial Talent Coach also spoke about the culture within the team and while the results have gone their way, an ambition not to get carried away ahead of the first game of the season against Irish opposition.

“They identified plenty of things themselves that could be better, and as a group they are very conscious not to get carried away with a scoreline or the result, it’s really about impressing the coaches and the senior coaches who were obviously all in attendance last week in Energia Park. Leo, Stuart, Hugh, Emmet, Felipe, all of them there and they are the key people to impress but as well as that, themselves.

“The lads have set the standards that they want to aspire to as a group and then hopefully that allows them to put their hands up for selection for Leo and Stuart for the block after the Celtic Cup competition or during this Rugby World Cup period.”

Once again this week head coach Noel McNamara has brought players in and left players out and again Hogan was keen to praise the players for their buy in to that process and also to commend players for how they have taken their chances and hopefully will again this evening.

The experience of Jack Kelly at full back, Tullow’s Charlie Ward, Brian Deeny from Wexford involved for the first time this evening, Sean O’Brien getting his first start or Andrew Smith and Rowan Osborne getting a chance to impress from the off, were all acknowledged by Hogan as he reflected on the two games and how the squad have driven each other over the opening rounds.

“It’s all been about the blend really. The older guys and the younger guys learning and making each other better. All of us working together to get Leinster better.

“So it’s been great the way it has worked out for us with a player like Bryan Byrne for example coming in like that to captain the side and what amazing experience he has for the whole squad to draw upon plus what he obviously delivers on the park.

“Dan Sheehan steps out as a result but he’ll get a crack at some stage over the game and really that’s a good example between Bryan, Dan and Rónan Kelleher and how well they have worked together and shared the load but everyone benefiting. We are all growing and learning together and off each other.

“The same in the second row with Jack Dunne coming in this week so Cian Prendergast steps away but Cian has been doing great for us. Liam Turner steps away but Tommy O’Brien comes in. Really we have examples all over the pitch of the lads really buying in to what we are about and that has been really pleasing from a coaching point of view.”

Tommy O’Brien’s return from injury to partner Gavin Mullin in the centre came in for special praise from Hogan.

“Tommy is an inspirational lad. A fella that has been frustrated by injuries but how he goes about his business, he really is first class and when you see him and the determination and focus that he shows, he’s an inspiration.

“He’s looked really good in training this week, but knowing Tommy I know he will be just focused on that first touch and making sure he gets himself into the game early. But yeah, brilliant to see him back out on the pitch and I hope it goes really well for him.”

The first inter-pro of the season and it being Leinster and Munster makes this fixture all the more special for Hogan and the squad.

“The game stands alone regardless of what competition or time of the year. The lads have experience playing against Munster and even knowing the Munster lads from Irish age grade squads. That Leinster – Munster thing is a key part of the strength of Irish rugby and what has made Irish rugby so successful over the last decade or so.

“Munster obviously set the bar and then Leinster responded and it’s the same at any level. You want Munster pushing Leinster, Leinster pushing Munster and I’m sure this game will be the same again, another example of us both pushing each other to be better.

“And for our group there is no better challenge than heading down to Munster, down to Cork, a real fortress for a lot of the games they’ve had there recently. The people love their rugby there and hopefully the two teams get stuck into each other.”

The game kicks off this evening at 7.30pm in Irish Independent Park and Hogan has also confirmed one late change to the 23 with Charlie Ward out of the squad through illness and his place has been taken by Harry Noonan.