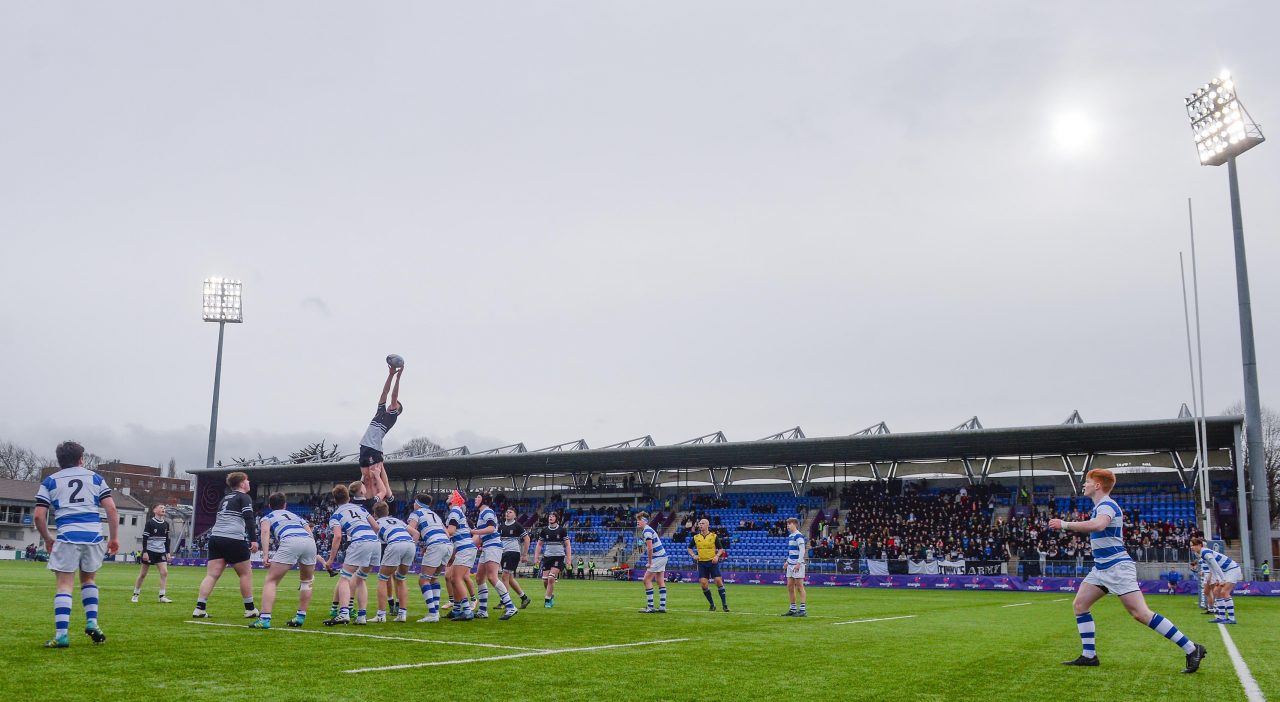 Holders Blackrock College are back in the final of the Bank of Ireland Leinster Schools Junior Cup this year.

With five titles in the past six years, the talent coming through the school shows no signs of slowing down as they ended Newbridge College’s cup run.

Having won with late scores in the preceding rounds, Newbridge were unable to repeat that feat due, in large part, to the clinical scoring nature of Blackrock.

The start was a dream for Newbridge, striking first inside the opening two minutes.

Try-scoring hero of the first and second rounds, Lucas Berti Newman dotted down under the posts after exceptional approach play from wing Harry Farrell.

Mark Young was never going to make any mistake in converting from close range.

Blackrock responded quickly and the speed of Ethan Laing on the left flank posed problems for Newbridge’s rearguard.

And it was a first-half brace from Laing that swung the tie in the favour of the South Dublin school.

His first came as a result of the searing pace that he has demonstrated throughout the cup campaign.

The second took a bit more time in coming but was no less impressive. The favourites tag seemed to be justified for Blackrock.

Newbridge, however, showed plenty of desire in the first half and their pack matched Blackrock in the trenches.

They could even have been level at the break if not for a collapsed scrum on the ‘Rock 5m line denying them the opportunity to add more points.

The second half continued in the same manner as the first had finished, with both teams matching each other in a gritty contest.

The Kildare side were hit with a massive loss in the 39th minute when Berti Newman was shown a yellow card for a deliberate knock-on.

In his absence, Blackrock pounced for two more tries (both Liam Molony) and put the game beyond doubt.

Until this point, the contest had been an entertaining one but the quick-fire double seemed to stun Newbridge.

Molony completed his hat-trick soon after and Jamie McLoughlin finished the scoring in the 53rd minute, touching down at the post.

Blackrock await the winners of Gonzaga College and St Michael’s College in the final.