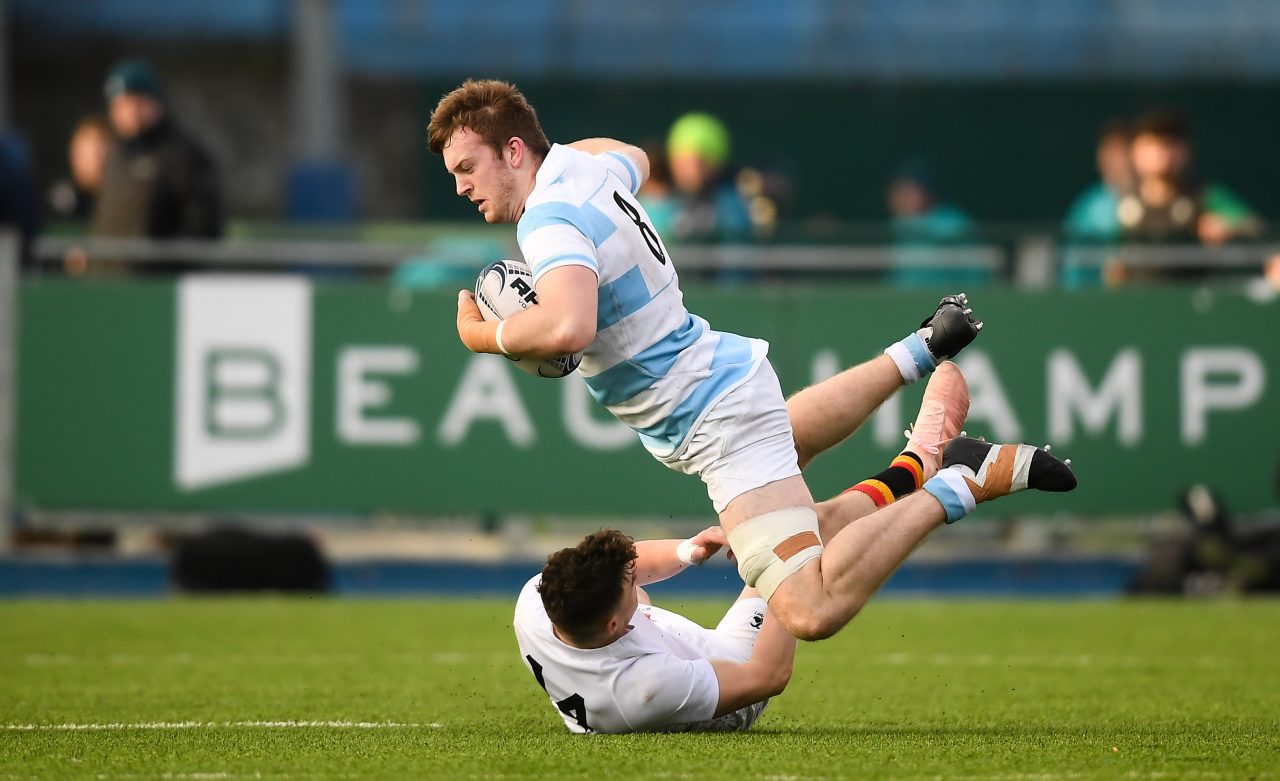 Blackrock College have made the first step towards reclaiming their Bank of Ireland Leinster Schools Senior Cup title by qualifying for the quarter final.

The holders looked to be comfortably in control of their first round clash with Presentation College, Bray but the Wicklow school’s willingness shone in the second half.

Blackrock had earlier taken the lead in the fourth minute when captain Sean O’Brien laid the ball off to Niall Comerford who touched down in the corner.

Centre Sam Small followed that up with another five-pointer, this time converted by David Fitzgibbon for 12-0.

Out-half Fitzgibbon added penalties either side of half-time to give Blackrock that seemingly unassailable lead, before Pres provided the scare.

First, Magee forced his way over the whitewash from close range and dotted down, Mick O’Gara converting.

Then, Peter Ford made a great line break which led to O’Dowd touching down in the corner. O’Gara narrowly missed a difficult kick but Pres were in contention.

Blackrock, now only leading by six, needed to turn momentum back in their favour and when they did, replacement Peter Barron made it count by getting important points on the board.

His try was converted by Fitzgibbon and the clock was against the Bray side.

They did manage to add another try in the dying embers through Murphy, but O’Gara’s conversion was greeted by the full-time whistle.

The Leinster Schools Senior Cup’s most decorated team march on into the next round.