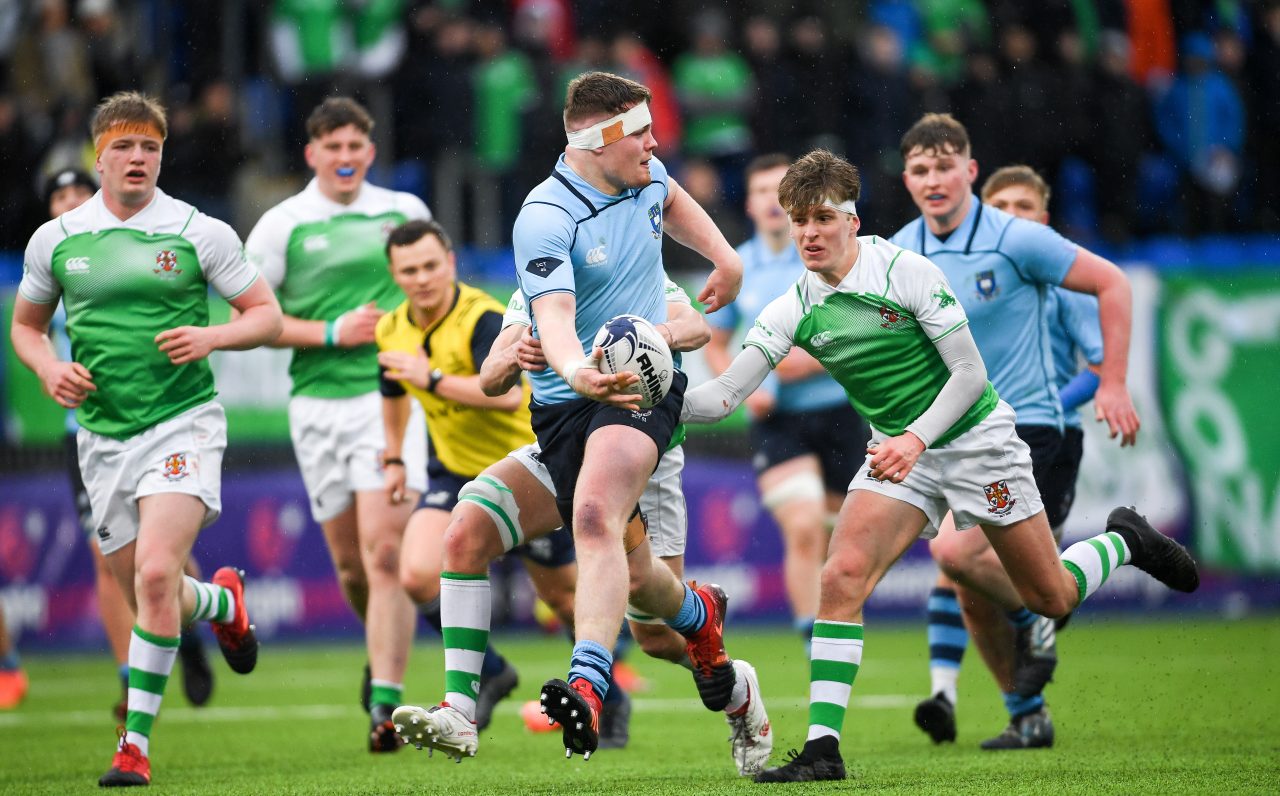 A brace of tries each for front row pair James Power and Lee Barron in either half in a powerful display from their pack has placed them in the draw for the last four.

With the title defence at the front of St Michael’s minds and last year’s final defeat the main motivation for Gonzaga, there was no time wasted in renewing rivalries.

Strong carries on both sides were met with equally tempered tackling. ‘Zaga’s Arthur Henry was particularly busy early on.

Once the holders managed to settle around the 10-minute mark and scrum half Fintan Gunne was able to take control, they quickly made inroads into the Gonzaga half.

Tighthead James Power highlighted the strength of their front five in driving home for the first points of the day.

Suddenly, there was an ominous aura to every Michael’s attack and that gut feeling proved correct when Power got in for a second from close range.

Cosgrave’s second conversion made it 14-0 with just over 20 minutes played.

Gonzaga responded at the close of the half and began to move forward once more but the opportunity to put points on the board was lost first when Will Hickey stole a lineout for Michael’s and secondly, when they conceded a penalty at the breakdown.

They did get off the mark to close out the half when Michael’s were penalised for offside and Harry Colbert opted to take the three and give his side a foundation for the second period where they would have the wind in their favour.

With or without the wind, they were up against a ferocious St Michael’s pack and that was evident yet again for their third try just five minutes into the new half.

Hooker Lee Barron dotted down at the back of a dominant lineout maul and Cosgrave converted a difficult effort for 21-3 as the snow came down on Energia Park.

Gonzaga battled on but there simply was no answer for the strength of Michael’s.

Losing Henry to the bin didn’t help the cause of the Ranelagh school and there was deja vu as Barron touched down for a second, executed exactly the same as his first.

Cosgrave added another couple of penalties as the clock ticked down taking his personal tally to 14, all from the kicking tee.