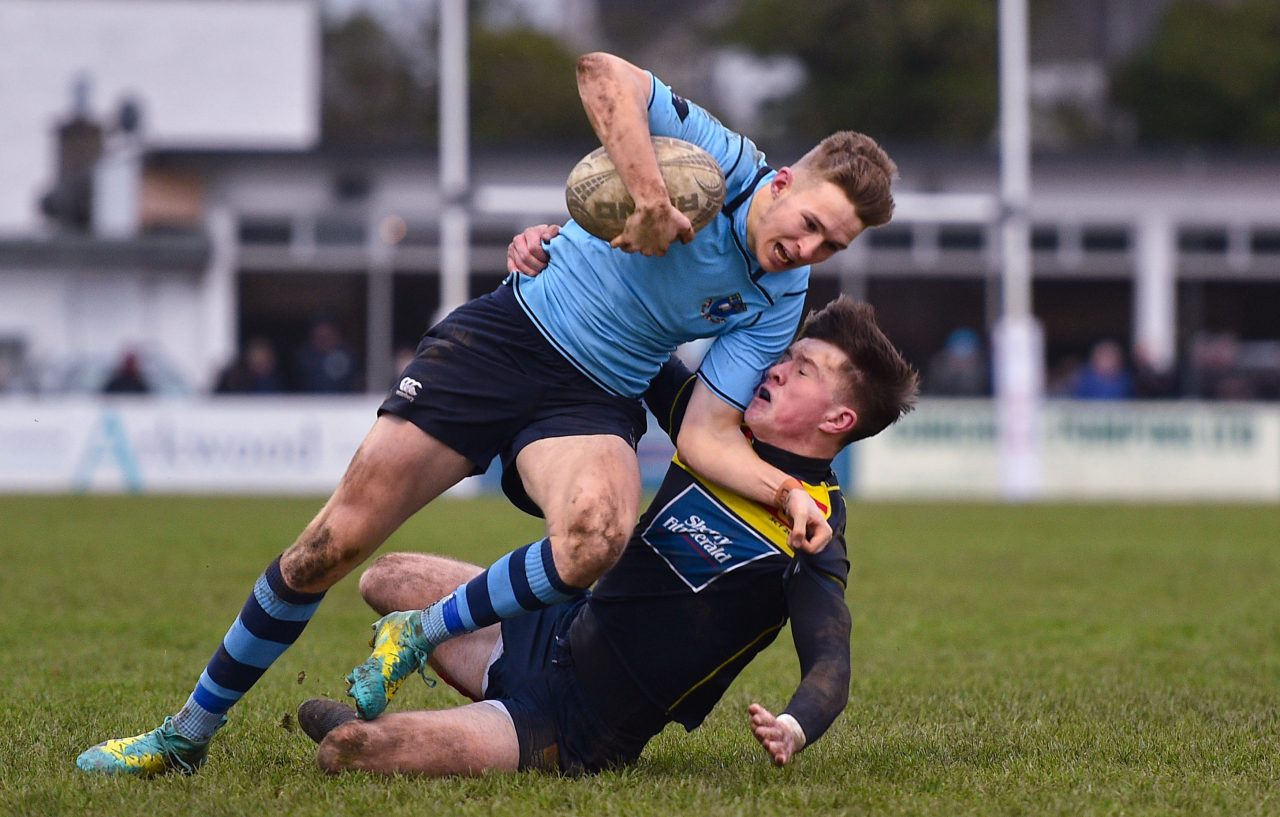 St Michael’s College had the perfect start to their defence of the Bank of Ireland Leinster Schools Senior Cup crown with a resounding victory over Greystones school Temple Carrig.

After qualifying through the Vinnie Murray Cup, Temple Carrig were given an extremely difficult draw for their first ever Senior Cup game.

The experience of playing at this level within the St Michael’s squad was evident before you even factor in that they had almost a full lineup of players who had lifted the cup on St Patrick’s Day last year at the RDS Arena following their 28-5 win over Gonzaga College.

By the break, Michael’s were leading 29-0 and showed no signs of slowing down, even when unloading the bench.

They managed to add a further 38 points after the break

Jack Boyle provided support for Hugo McWade’s break to dot down before Stephen Woods and Leinster U-19 back Chris Cosgrave added further efforts to the first half tally.

Niall Carroll and replacements Luke Russell and James Nicholson all added tries to extend the lead to 67-0 before the full-time whistle sounded.

Temple Carrig will look back on their first Senior Cup tie as a learning experience but, for now, attention will turn to the upcoming Vinnie Murray Cup final against The King’s Hospital.

St Michael’s will be keeping a keen eye on the Second Round draw which takes place tomorrow after the final First Round tie between Newbridge College and CBC Monkstown Park.