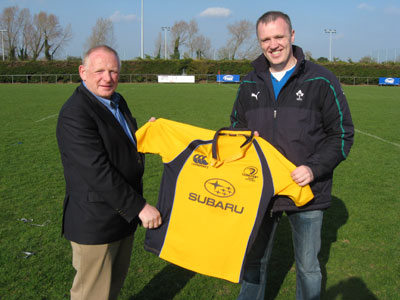 Originally from Crossmolina, Co Mayo, Declan started his rugby playing in Limerick at College while studying Quantity Surveying. Declan got the opportunity to travel with his work and played rugby in Greece for three years while working on a project at Athens Airport and also with Folkestone 1st team for four years while working on the Channel Tunnel.

His biggest and favourite work project to date was as the client’s representative for IRFU and FAI on the development of the Aviva Stadium and is currently working on the Intel ‘Fab 14’ project.

On his return to Dublin he played with St Mary’s College RFC and Garda RFC. After he started to referee Tag rugby he decided to move into the 15-a-side game and attended the IRFU Foundation course given by David Keane. Declan refereed some youths and schools game and was then ready for his trial match which was in Blackrock RFC and he is now enjoying his first season.