“I Have Loved Every Moment Of It” – Gordon D’Arcy 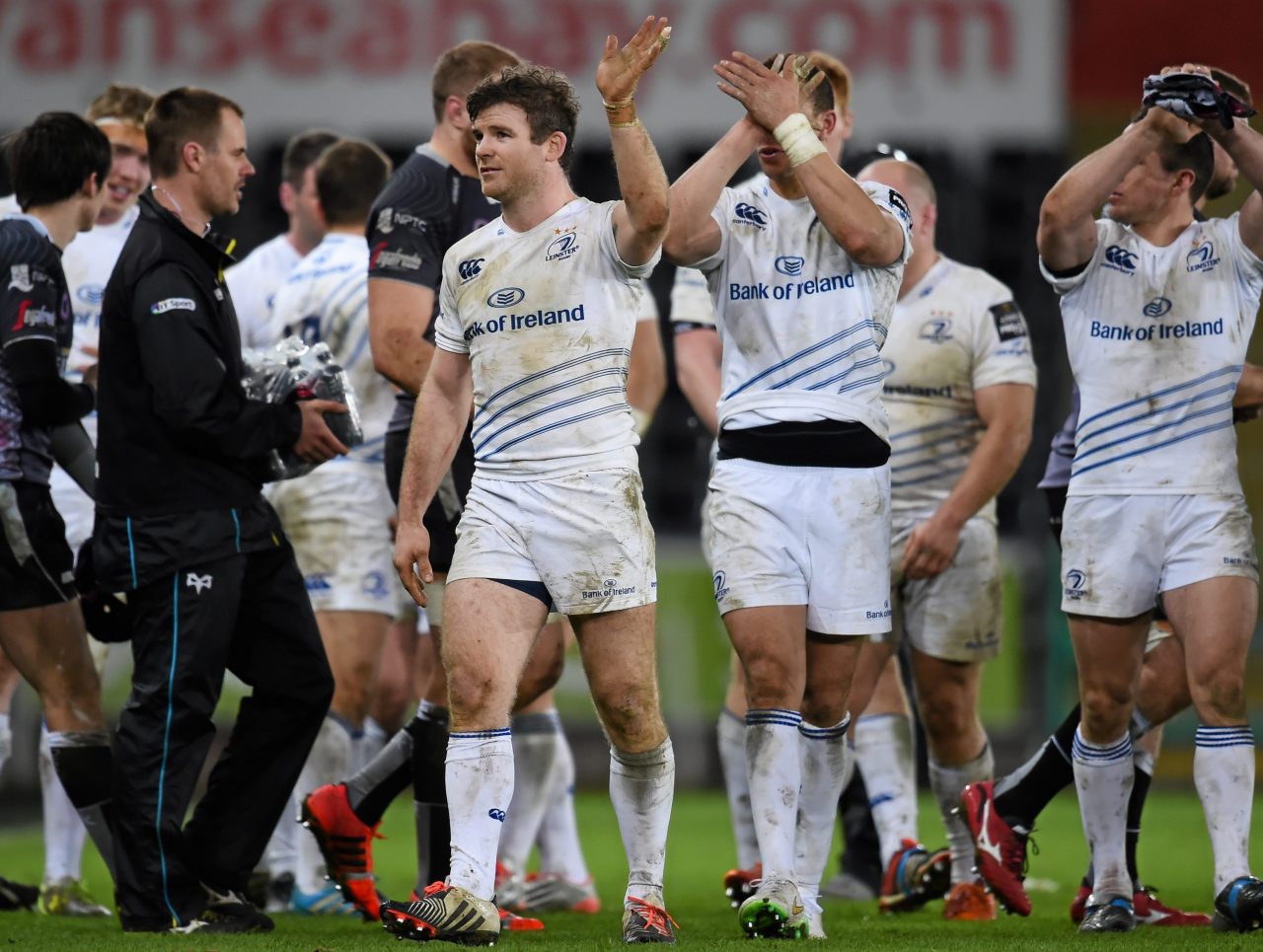 Had the result in Marseille nearly two weeks ago gone our way, this week could have been a lot different but unfortunately it isn’t so I am taking this opportunity to announce that I will be retiring from professional rugby at the end of October.

It is a decision that I have not come to lightly but one that sits very easily with me and indeed with my wife, Aoife, and we are confident that I am making the decision for the right reasons.

My decision has always been that I would leave at this time – after the Rugby World Cup 2015 – and I would like to thank Leinster Rugby and the IRFU for their support in facilitating this process which began last summer. I am so proud, fortunate and honoured to have represented my province and country for 17 seasons but I am leaving on my terms which is how everyone would wish to end their professional rugby careers.

It is still hard for me to get my head around the fact that I will not be pulling a jersey on again after October.

While the blue of Leinster and the green of Ireland stand out for most people, nothing would have been possible without the solid foundations built on Saturday and Sunday mornings in Wexford Wanderers, then nurtured in Clongowes and of course in later years in Lansdowne. Throughout it all, I have been honoured to have played with an array of talented players, be coached by great coaches and to have played for the best supporters in the world.

It has always been an honour to represent my country. I hope to continue that over the coming months and help to achieve something with this very special group of players and staff at the Rugby World Cup.

Leinster will always hold a special place in my heart, my first and only club. Since my debut in 1998 against Llanelli, it has been a privilege to be part of this organisation and to see how it has grown over the years. Games in Donnybrook of a Friday night in front of a couple of thousand spectators have been replaced with great days in Croke Park, in the Aviva Stadium and of course more often than not in the RDS.

As part of that journey I have seen dark days, but the abiding memory is of a club and an organisation that wouldn’t settle for mediocrity and only wanted to be the best. Developing that culture and ethos took time and foresight and this is to be commended. The move to the RDS from Donnybrook. The new facilities in UCD. Marquee signings and the retention of home-grown players. An Academy system to rival any other in world rugby. At home or away, we took on the giants of European rugby and we had great days. I am proud to have played a small part in that evolution.

With any team it is the backroom and support teams that deserve a lot of the credit, they provide the environment for us to succeed and create a winning culture. That remains the case to this day.

A special thanks goes to my friends, family and in particular my wife Aoife. Your love, support and understanding has helped me to do my job to the best of my ability and I truly appreciate this.

In an ideal world I would have loved to have been bowing out after a Champions Cup Final and who knows maybe even a PRO12 Final, but unfortunately as players we have not achieved the targets that we set ourselves at the start of the season, in particular in the league. That’s life. And that’s sport at the very highest level.

However, I have no doubt that Leinster is in the best possible hands with Matt and Leo at the helm and our recent performance in the Champions Cup Semi-Final reminded me just what this club and this team is capable off. Let’s not forget that it is only 12 months since Matt delivered a PRO12 title at his first attempt and that we have progressed to the Quarters and now the Semis in Europe.

They have achieved this during a time of great transition and now, more than ever, they need your support.

They will certainly get mine and I’m looking forward to supporting and enjoying the continued success of Leinster over the coming years.

That being said I will genuinely miss being a Leinster and Irish Rugby player.

I have loved every moment of it.