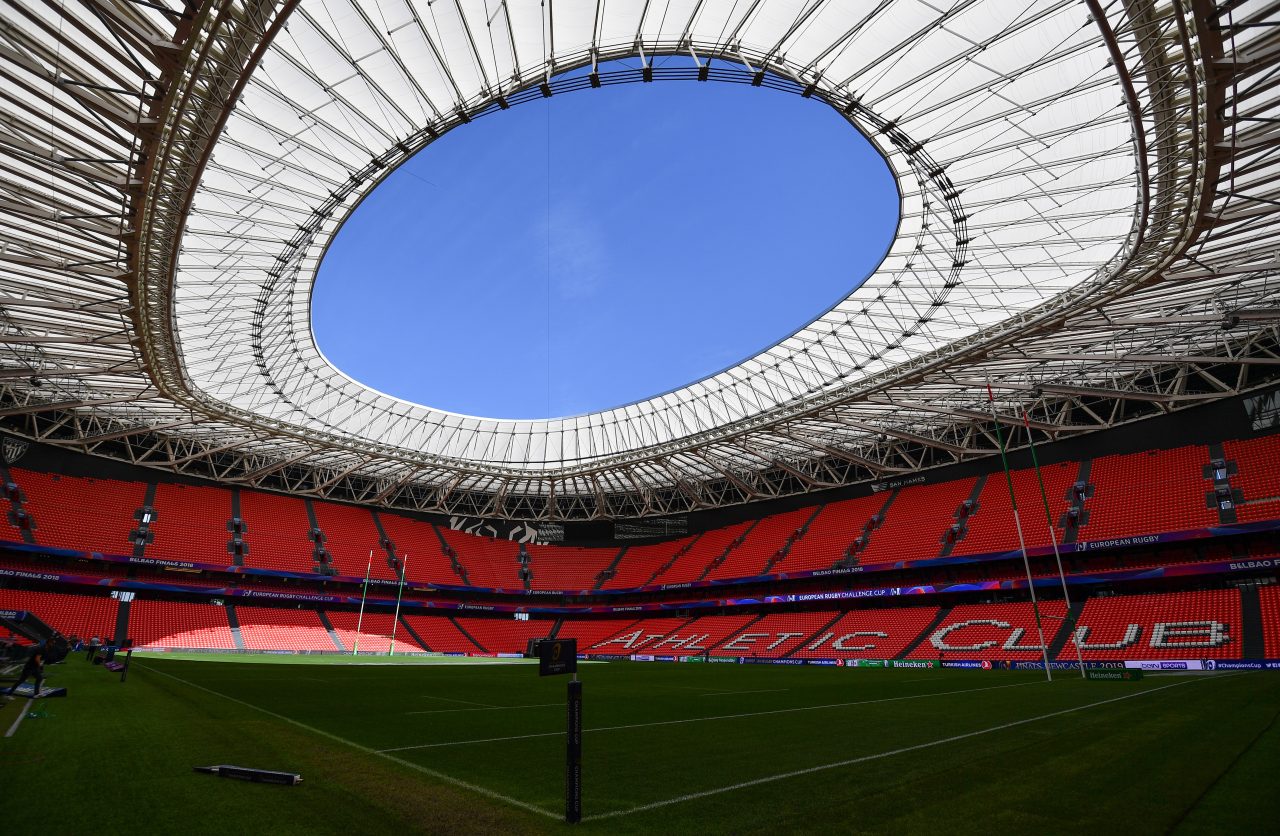 As supporters begin to arrive in Bilbao ahead of the Champions Cup Final against Racing 92, the following is important information for those attending the game at the San Mamés stadium on Saturday (KO 5.45pm local/4.45pm Irish).

For more information on things to do in Bilbao, travel information in the city and more, download the OLSC Away Guide.

Let’s turn the San Mamés Leinster blue! Leinster Rugby will be handing out branded sunglasses along with the OLSC who will be distributing embroidered caps.

There will be a Leinster flag in your seat when you arrive in the stadium, so wave them high and roar on your team.

Please note that there will be a no bag policy in operation in the San Mamés. Only small handbags (under A4 size) will be permitted inside the ground.

We would recommend that anyone travelling on a day-trip charter should leave any backpack/rucksack on the coach that brings them to the ground.

The Champions Rugby Village is based at El Arenal in Bilbao’s city centre and is within walking distance of the San Mamés Stadium.

There will be a number of activities happening there throughout the weekend, including live coverage of the Champions Cup and Challenge Cup Finals on the big screen.