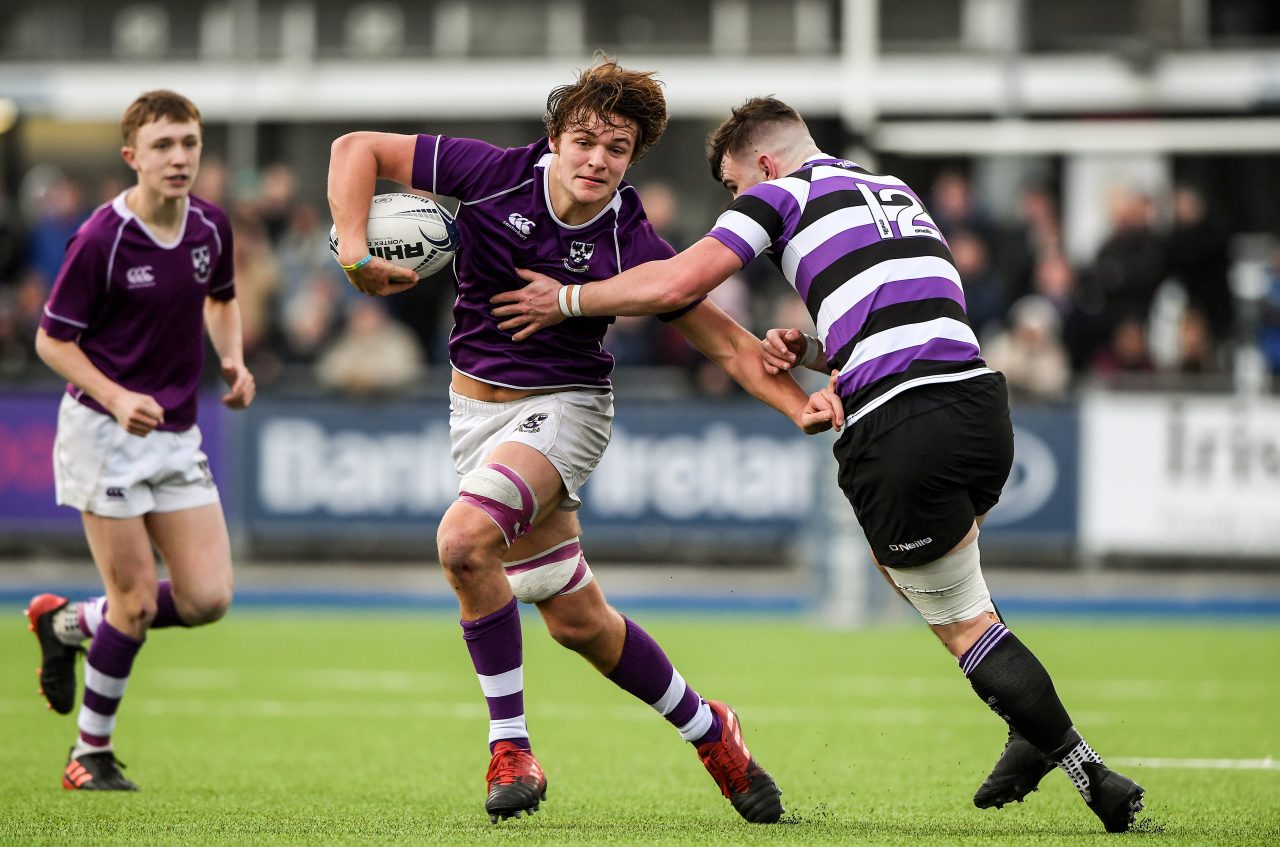 Clongowes Wood College are through to the next round of the Bank of Ireland Leinster Schools Senior Cup after a composed victory over Terenure College.

After falling behind midway through the first half, the Clane students showed composure beyond their years to turn the game around and, at one stage, build a 24-point lead.

They had also suffered the loss of influential out-half David Wilkinson in the build up to this one, giving Charlie Reilly the chance to deputise.

Howver, they early on with Terenure’s width and wingers Oisín Lydon and Barra Dignam looked extremely dangerous in possession.

And after a couple of earlier close calls, it was that width that provided the opening score for the D6W school just after the quarter mark.

Powerful running from Matthew McGetrick-Stafford and a well-timed pass sent Dignam into the corner which was followed by a difficult attempt at the extra points, expertly converted by Mattie Lynch.

It sparked a step up in gear from their Kildare counterparts and, within a couple of minutes, they had regained parity.

Jack Kearney drove over from close range allowing Oisín Devitt the chance to level it with the conversion and he duly obliged.

They almost picked off a second in quick succession but Devitt’s attempted offload was intercepted and they settled for a penalty which the scrum half again slotted between the posts.

Clongowes almost had the perfect start to the second half when captain Calum Dowling bounced out of three tackles on his way into the Terenure ’22’.

Devitt made a quick snipe for the line but was stopped before Lynch rescued Terenure by getting his body underneath Tom Mulcair’s attempt to ground the ball.

From the resulting scrum, Clongowes moved through the phases and Dowling finally got his try, driving in against the post.

Terenure, and Lynch in particular, changed their method of attack and the out half attempted to undo Clongowes defence with the boot, demonstrating wonderful kicking ability.

Max Russell went closest for them but was stopped a metre short before Terenure moved possession to the backs and the opportunity was subsequently lost.

They were soon kicking themselves for allowing that chance to come undone when Clongowes second row Mulcair – who was excellent all day, receiving a standing ovation when replaced in the 58th minute – accelerated away with Peter Maher providing a support line to get the score.

Just three minutes later, Clongowes again breached the Terenure rearguard and Dowling was the one to dot down.

Replacement winger Jack Whelan managed to pull one back for ‘Nure but the gulf was too much.

Fittingly, Clongowes had the final say with a Devitt penalty as the scrum half had been one of the stars on the day.